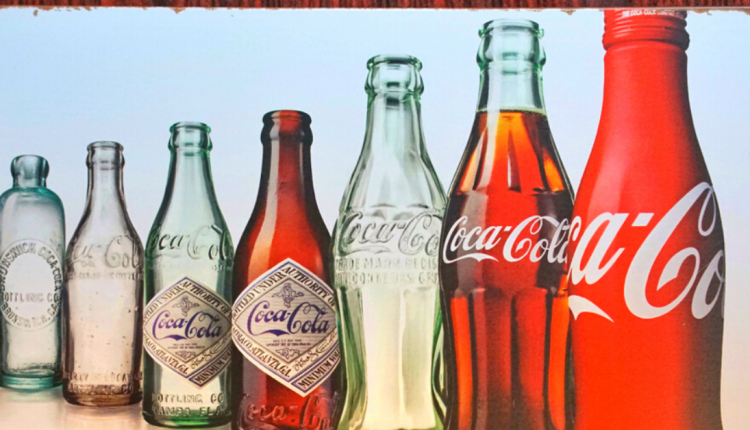 Shares in US beverage giant Coca Cola are trading 0.92% higher pre-market on Thursday. The company was back in the spotlight this week on news that it is planning to release its first alcoholic beverage since the 1980s. Coca-Cola confirmed that it will partner with Molson Coors to bring Topo Chico Hard Seltzer which is currently on sale in Mexico and Brazil.

New Beverage For US 2021 Launch

Coca Cola announced that it will launch the alcoholic version of Topo Chico sparkling water in the US next year. The US beverage-maker bought the Topo Chico brand in 2017 off Arca Continental. The company is its second-largest bottling partner in Latin America.

On Molson Coor’s behalf, the launch will help bolster its portfolio of low ABV spirits, particularly hard seltzers, which have seen a dramatic increase in sales growth over recent years.

Shares in Coca-Cola, though down off the post-lockdown highs are seeing better demand over recent sessions. This comes following an upgrade from Goldman Sachs which announced it now views the stock as a “buy”.

Despite the headline earnings beat, at $7.2 billion, Coca-Cola reported its largest quarterly drop in revenues in 30 years. This was as a result of the disruption caused by the COVID-19 pandemic. The fiscal second-quarter net-income was $1.78 billion. This is a decline from the $2.61 billion seen over the same period a year prior.

At their worst, global unit case volumes were down by 25% in April. Despite its insistence that the recovery is underway, in a move that unsettled investors, the firm pulled its full-year guidance. They cited the uncertainty attached to the path of the pandemic as the reason.

“The pandemic is not behind us”. 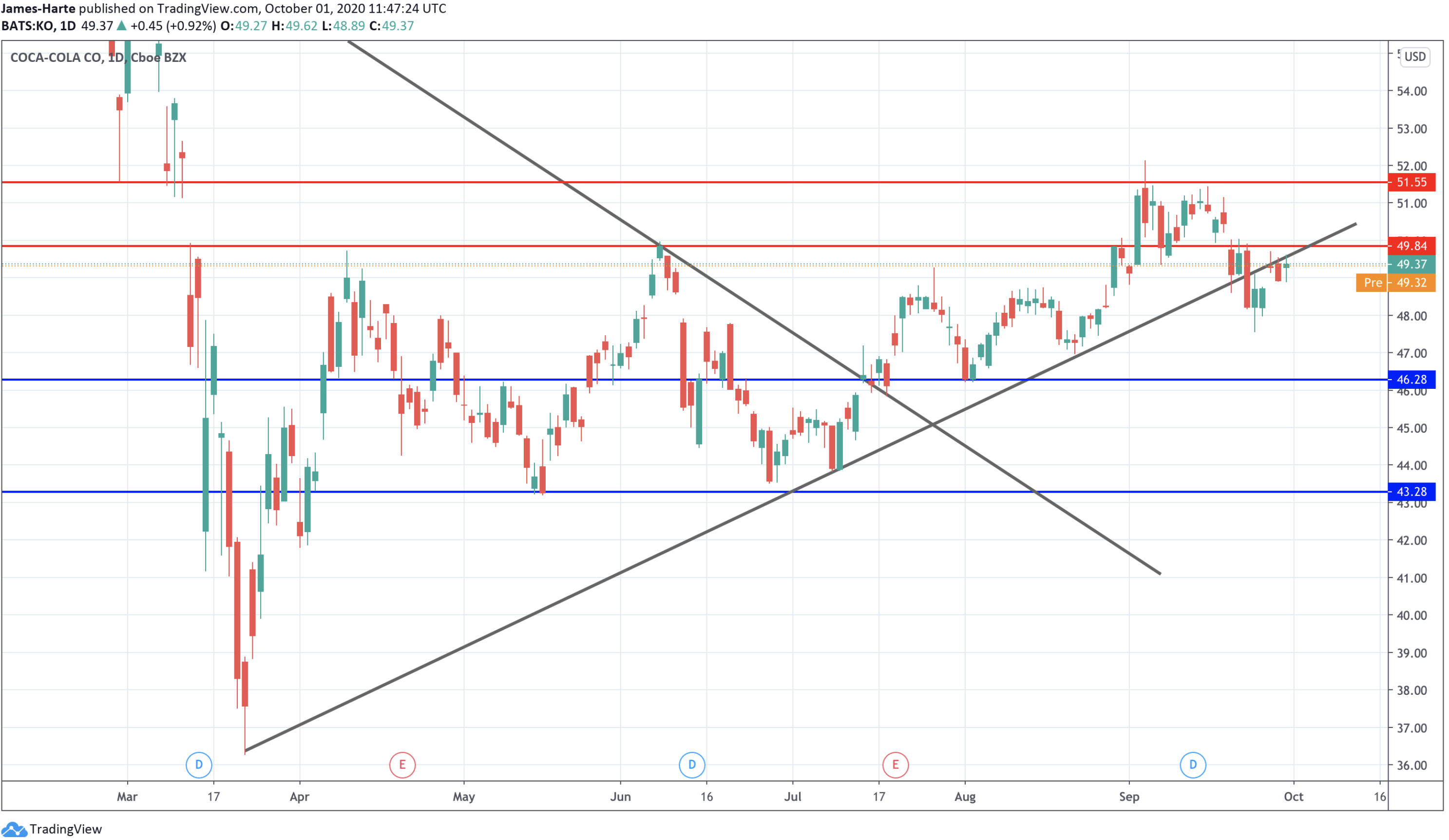 Shares in Coca Cola recently broke down below the rising trend line from 2020 lows. However, they have since found demand again and are now retesting the broken trend line.

The 49.84 level resistance is also capping price action at this level. While below here, the market could still see a deeper move lower down to the 46.28 level next.