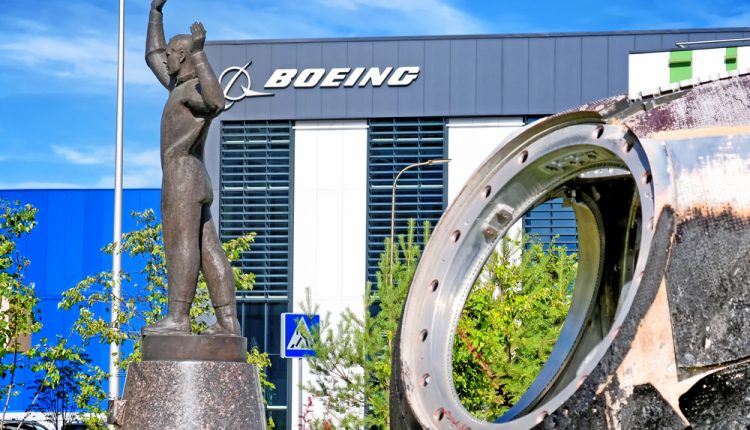 Shares in US airliner Boeing are trading around 3% lower pre-market on Thursday. The company’s shares were on a firm rally across recent weeks amidst the broad pick up in risk appetite. This is in response to growing optimism around COVID vaccines which have taken prominence over the last month.

Boeing shares have had a particularly challenging year. The company’s stock price entered free fall across the height of the pandemic. Price fell from highs of around 349 in February to lows of around 88 by mid-March.

Following a series of fatal air crashes linked to its 737 max aircraft, shares in the company were already under pressure ahead of the pandemic. The model was grounded due to various global regulators removing its license.

The decision was a major blow for Boeing, given the popularity of that particular aircraft. However, following a series of safety revisions and compliance with regulator recommendations, the aircraft is now returning to service.

European regulators have approved the return of the aircraft. It is expected to return to service with Ryanair from the end of the month. The company has ordered a further 75 Boeing 737 Max’s to add to its fleet.

The model has already been brought back into action in Brazil. It will also return to service in the US this month.

Optimism around COVID vaccines is helping improve the outlook for air travel next year after demand has been decimated across this year. Despite air travel opening up again in most countries, government-imposed rules around quarantining have kept demand subdued.

In the near term, the ongoing rise in global COVID cases and the continuing quarantine restrictions mean that the holiday period is likely to be lackluster for the company. This is usually a period of exceptionally high demand for the airline industry. 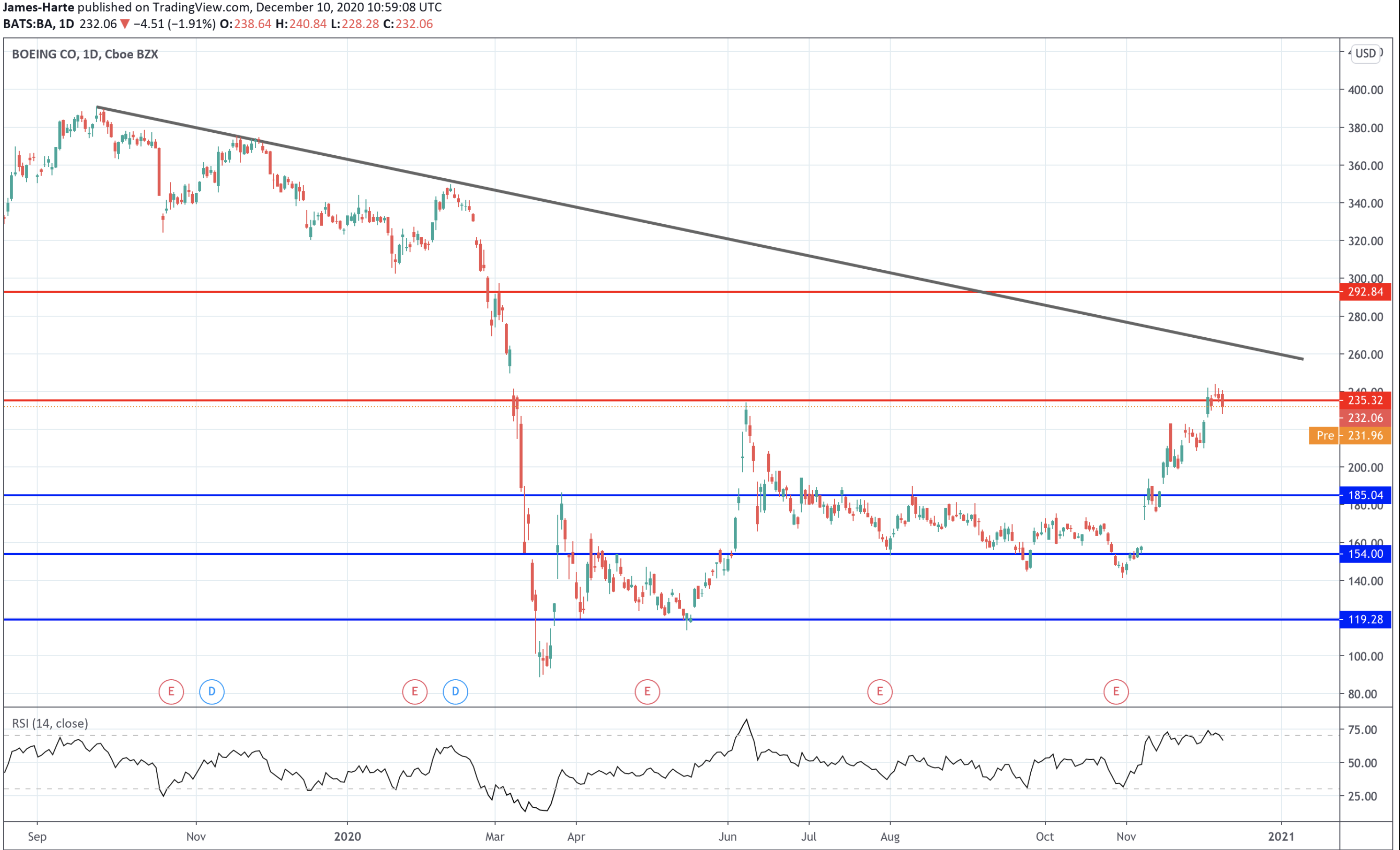 Shares in Boeing have rallied firmly off the November lows around 154 and recently pierced above the 235.32 summer highs.

However, the move has run out of steam for now with shares reversing back below the level. While below here there is risk of the 235.32 level proving to be a double top. This would open the way for a move back down to the 185 level which is the next key support.

To the topside, should price break back above the 235.32 level, this will turn focus towards the long term bearish trend line which stands as the next key resistance level.

Euro Firms Up After ECB Meeting