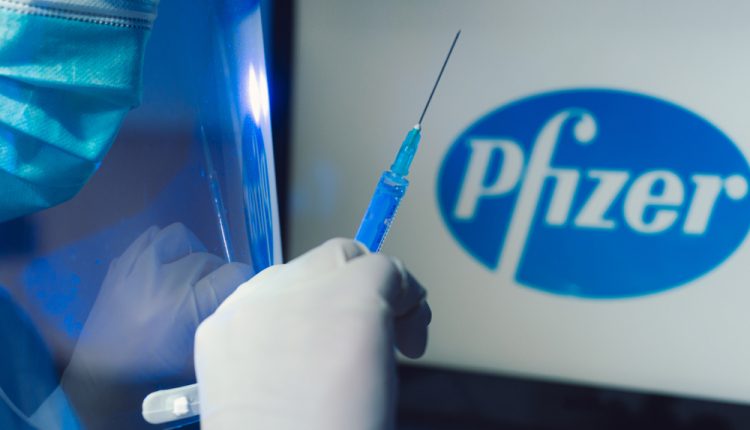 Shares in pharmaceutical company of the moment, Pfizer, are trading higher pre-market on Wednesday as demand continues to grow in response to vaccination headlines. The first doses of the vaccine have been administered in the UK this week which is due to receive 800,000 doses of the medicine over the coming weeks.

Pfizer received UK regulatory approval for its drug last week and shares in the company have been on a firm upward trajectory since then with stock prices lifting by over 17%. Shares are now higher by over 30% from the November lows when Pfizer/BioNTech announced that their drug was over 90% effective and ready to submit for approval.

US regulators released a report this week detailing the safety of the vaccine which they have confirmed to be 95% effective. The vaccine is now widely expected to be granted regulatory approval by the FDA when it meets tomorrow. The report from the US regulators this week confirmed that the trial data released by Pfizer is in-line with the recommendations set out for emergency medical use. Should Pfizer receive US regulatory approval this week its shares are likely to receive further upside impetus having negotiated a wholesale cost of $20 per dose of the vaccine.

Pfizer’s drug is now the first to receive approval in the UK and looks set to become the first US approved drug also. There are some reservations, however, UK regulators this week released a warning to those with a history of “severe” allergic reactions not to take the vaccine following 2 NHS staff developing a severe reaction. Should further such headlines come out it is likely that uptake on the drug could suffer as a result. However, for now, markets are clearly trading in optimistic fashion with broader risk sentiment improving, helping lift stock markets generally. 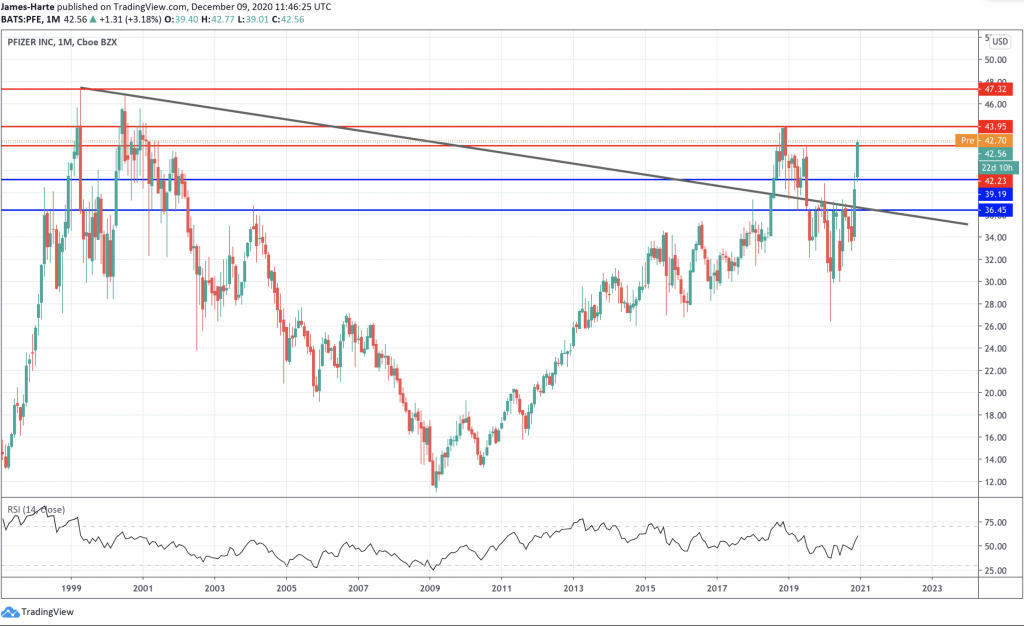 Taking a look at Pfizer’s shares on the higher timeframes, there are some key levels to be aware of. Price have now broken back above the long term bearish trend line following the false break in 2018. Price is now challenging the 42.23 level ahead of the bigger 43.95 level which marked the top of the false break in 2018. If price can sustain a break above these levels, focus will be on a move up to the all time highs around 47.32. To the downside, any correction below the 42.23 level will turn the focus back to support at the 39.19 level.

Another Round of Stimulus from ECB?