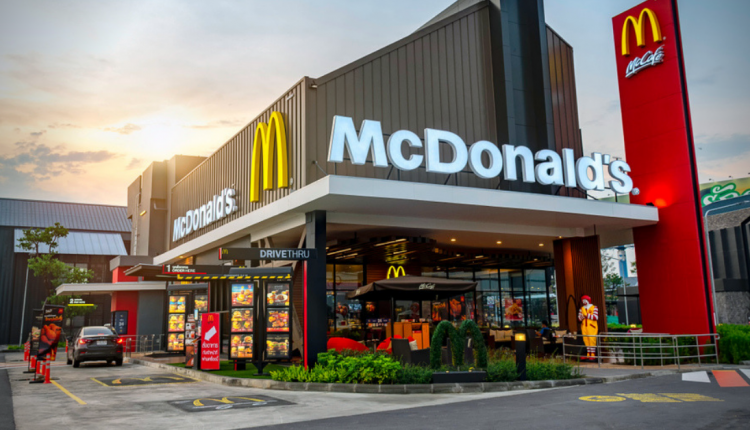 The company reported Q3 earnings per share of $2.35, surpassing estimates for a $1.91 EPS.

It also reported revenues of $5.42 billion, again beating estimates for a $5.4 billion result.

Strong Growth in US Sales

Looking at the breakdown of the earnings call, McDonald’s reported a Q3 net income of $.176 billion.

This marked a firm rise from the $1.61 billion reported a year earlier.

However, there were some weak spots in the results. Despite the revenues beat, revenues were actually 2% lower year on year while global same-store sales were lower by 2.2%.

The drop in same-store sales was attributed to the slower recovery in the group’s international markets. However, same-store sales in the US came in higher by 4.6%. This was largely thanks to the September partnership-promotion with global rap star Travis Scott.

Notably, McDonald’s outlined that its recovery is outpacing that of its biggest rival, Burger King. The latter reported same-store sales declining by 3.2% in the US over the same period.

Despite the stronger performance in the US, the company noted that some of its European markets have been hit by the return of restrictions.

The new anti-covid measures have led to dining room closures in countries such as Germany, France, and the UK among others.

Looking ahead, McDonald’s noted that it will increase its capital expenditure to $1.6 billion this year, with details to follow in a regulatory filing next Monday.

Forecasts say that around half of that expenditure will go to the group’s US stores. This will upgrade around 900 restaurants and open a further 950 restaurants.

In all, it was a strong quarter for McDonald’s which benefitted from the broad easing of restrictions as the height of wave-one passed.

With many European countries seeing the return of restrictions this quarter, the Q4 results might not be as impressive.

However, if the current lockdowns can avoid being extended into December, this could help the company offset the losses taken in November.

Furthermore, news this week of a vaccine offers plenty of hope for a full recovery next year. 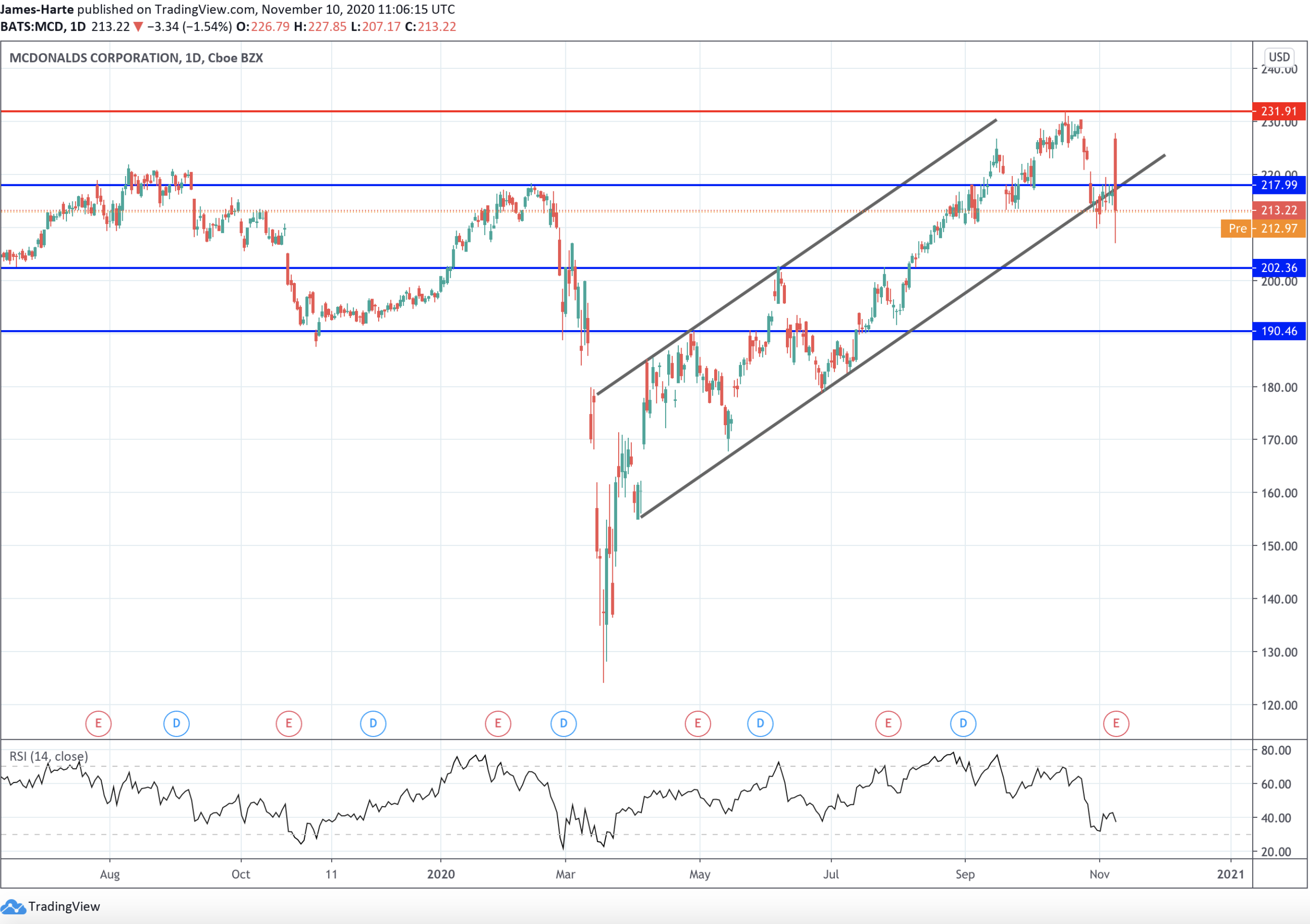 Despite the gap higher on solid earnings, McDonald’s share price has since reversed firmly. Price has come back below the 217.99 level and the rising channel.

While below here, the focus is on a test of the 202.36 level next which bulls will need to defend to keep the focus on further upside in the medium term.

Will the RBNZ Break Its Promise at Tomorrow’s Meeting?