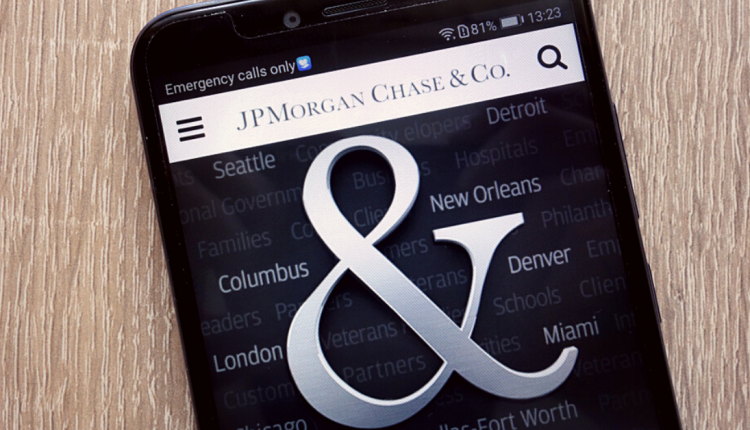 Shares in US banking firm JP Morgan Chase & Co are trading a little lower pre-market on Monday. However, shares have been well supported over the last month. This comes following a better than expected set of Q3 earnings which propelled the company’s stock price from around lows of $95 up to highs of around $118.

Shares in JP Morgan have also been boosted recently by news of the company’s plans to press ahead with the launch of a new digital banking platform in the UK.

The company announced this week that it has promoted Sanoke Viswavathan to be the CEO of the new challenger bank. Viswavathan previously held the position of Chief Administrative Office of Technology and Operations in the group’s corporate and investment section

The bank recently secured UK regulatory approval to operate in the digital banking market as Chase and will launch in early 2021.

The news follows on from reports over the summer which highlighted that the bank had appointed suppliers, such as Amazon Web Services and 10x Future Technologies to provide cloud and digital banking infrastructure.

JP Morgan will be hoping for more success this time around following a prior attempt in 2018 when the group launched digital bank Finn. However, the bank closed just a year later after it failed to attract enough customers.

“The Firm reported strong performance across all our businesses in the third quarter of 2012. Revenue for the quarter was $25.9 billion, up 6 per cent compared with the prior year. These results reflected continued momentum in all our businesses.”

The company recently received plenty of negative attention over a record $1 billion fine handed to it over fraudulent trading practices which drew the attention of US regulators. 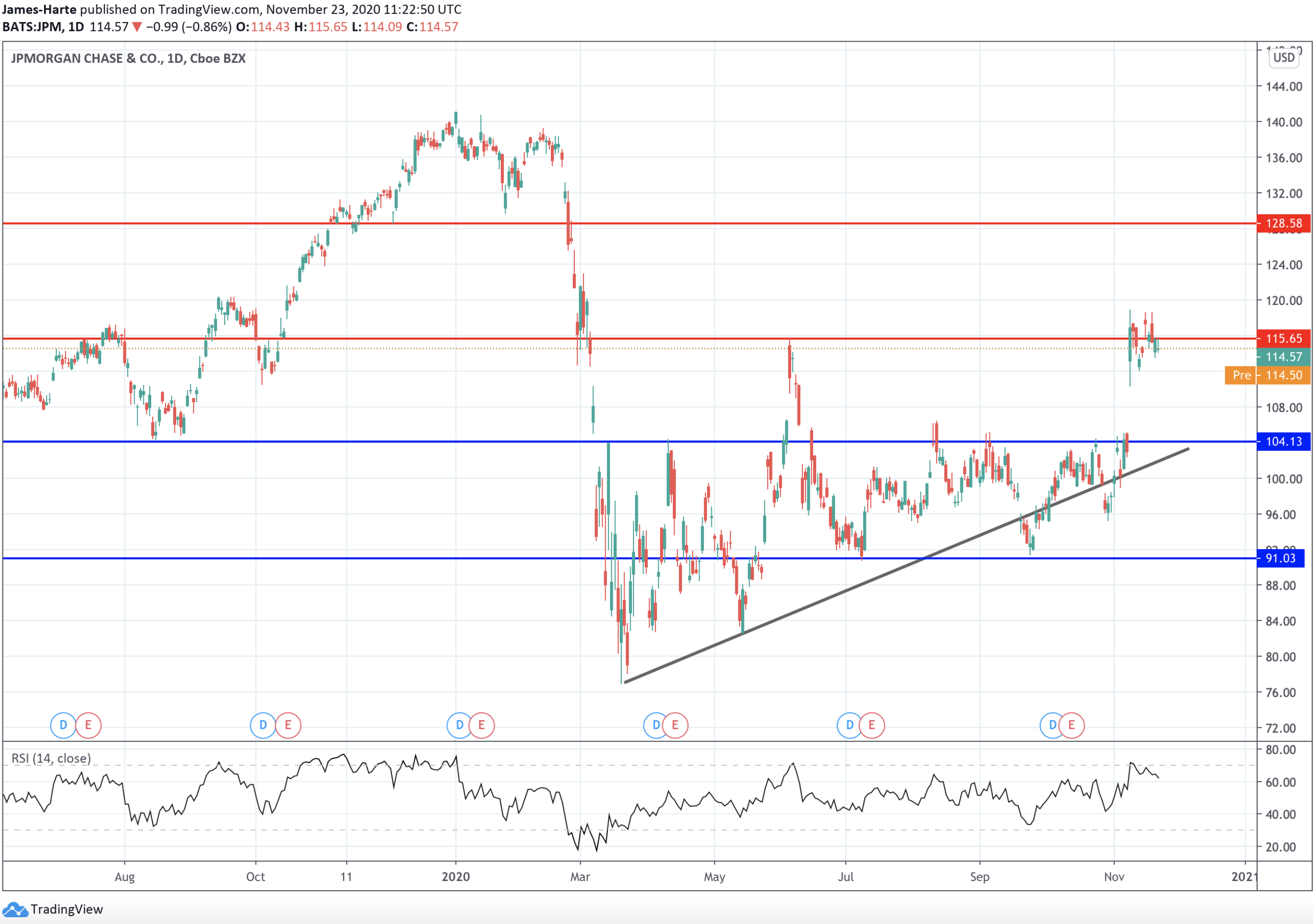 Shares in JP Morgan are hovering around the June 2020 highs of 115.65. This is a key level for the company’s share price. If price can hold above here, the recovery will likely continue higher with focus on a test of the 128.58 level next.

To the downside, however, should price fall back, the next key support to watch is down at the 104.13 level, with the rising trend line from year to date lows coming in around that level also.