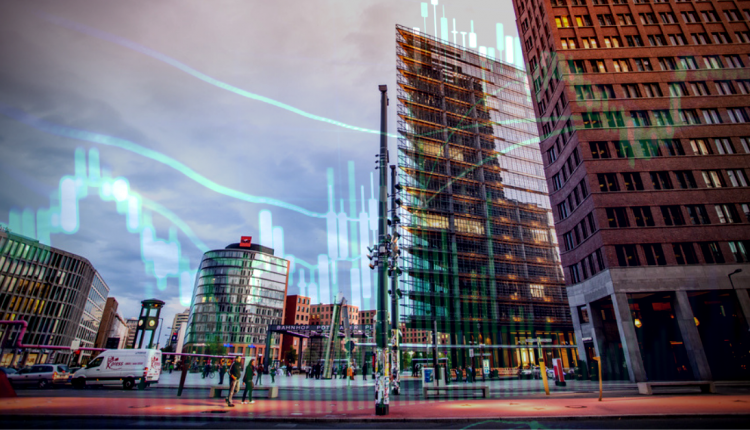 Lockdowns in Germany have been reimposed following the rise in cases throughout the last month and a half.

This is expected to sap investor and business confidence.

The question for the markets is: by how much? And what does that imply for the euro and major German stocks? Then we have to factor in expectations for what will happen when the current lockdown rules expire in early December.

The DAX has been trading sideways after a very busy October with high volumes.

Trading has slacked off, even as we’ve had major news with the release of preliminary results from two anti-covid vaccines.

While many traders in the US at least appear to be shifting their investment focus from tech stocks to industrial growth, the German (and European) outlook has been more sanguine.

The holding pattern seems to also be matched in the euro. EURUSD remains virtually stuck in the 1.18-1.19 range through the same period.

The start of this lackadaisical performance coincides with the weekend after the US elections. It also coincides with when the EU’s rolling 7-day covid death numbers sprinted ahead of the US’s to match the first wave high.

The dissimilar situation between now and spring might be a contributing factor for why traders are hesitant to invest, but also not inclined to sell.

Yes, on the one hand, case numbers have shot way above the levels seen in spring. But mortality rates have not kept up.

In fact, as a percentage of known infections, mortality is down by almost 85%.

The lower mortality could be a factor of broader testing. It could also be due to improved techniques and a shift in the viral dynamics.

In any case, a lower case fatality rate implies that the strictest measures against the virus might not be as necessary.

So, the economic impact could be significantly reduced this time around; especially as vaccines become progressively available through the winter.

The spread of the virus remains somewhat mixed. While it appears that some countries like France and Spain might have gotten past their second peak, Germany and Italy appear to not be there yet.

Meanwhile, the WHO has been arguing that lockdowns shouldn’t be used as the primary means of containment.

Reportedly the UK is looking at changing some of the restrictions around lockdowns for the holidays, which might be a sign of what’s to come for the rest of Europe.

German Markit Manufacturing PMI is projected at 56.5, a relatively small step down from the 58.2 registered last month. Composite PMI is expected to remain just barely in positive territory at 50.1 compared to 51.3 in October.

We can also expect tomorrow’s Ifo survey to show a slight drop in optimism.