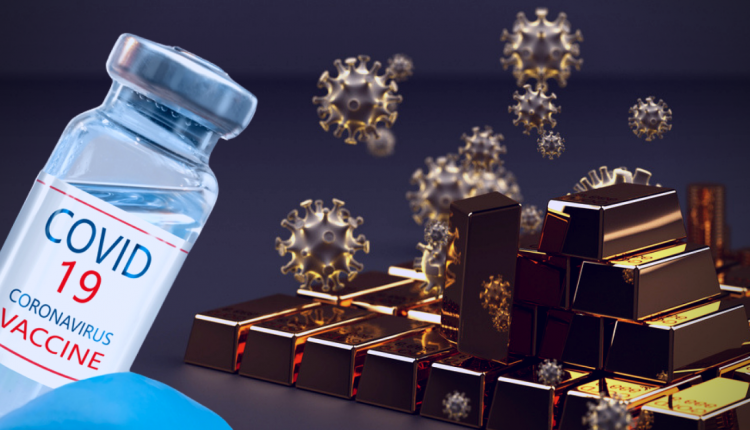 Gold has been firmly lower this week as the markets continued to digest the latest news within the COVID landscape.

Pfizer and its German partner BioNTech announced that their vaccine has achieved more than 90% effectiveness in clinical trials.

The two biotech firms have been developing the drug over the last few months. After clinical trials on several thousand test patients, the firms stated that no serious health concerns were noted.

With the 90% effective rate, the drug will now move onto the US health authorities. There, we can expect it to receive approval later this month.

Global governments, including the UK government, have already outlined plans to fast-track the drug. The aim is to roll it out ahead of the end of the year in order to bring about a return to normal by the spring of 2021.

The news saw gold coming under heavy selling pressure as markets soared amidst a wave of improved risk appetite.

Gold has also been weighed upon this week by a stronger US dollar in reaction to the ongoing uncertainty around the US elections.

While several mainstream US media operators have already called Biden as the winner (290 to 214), Trump has so far refused to leave the White House.

The current president is still calling for a recount and doubling down on accusations of voting fraud. 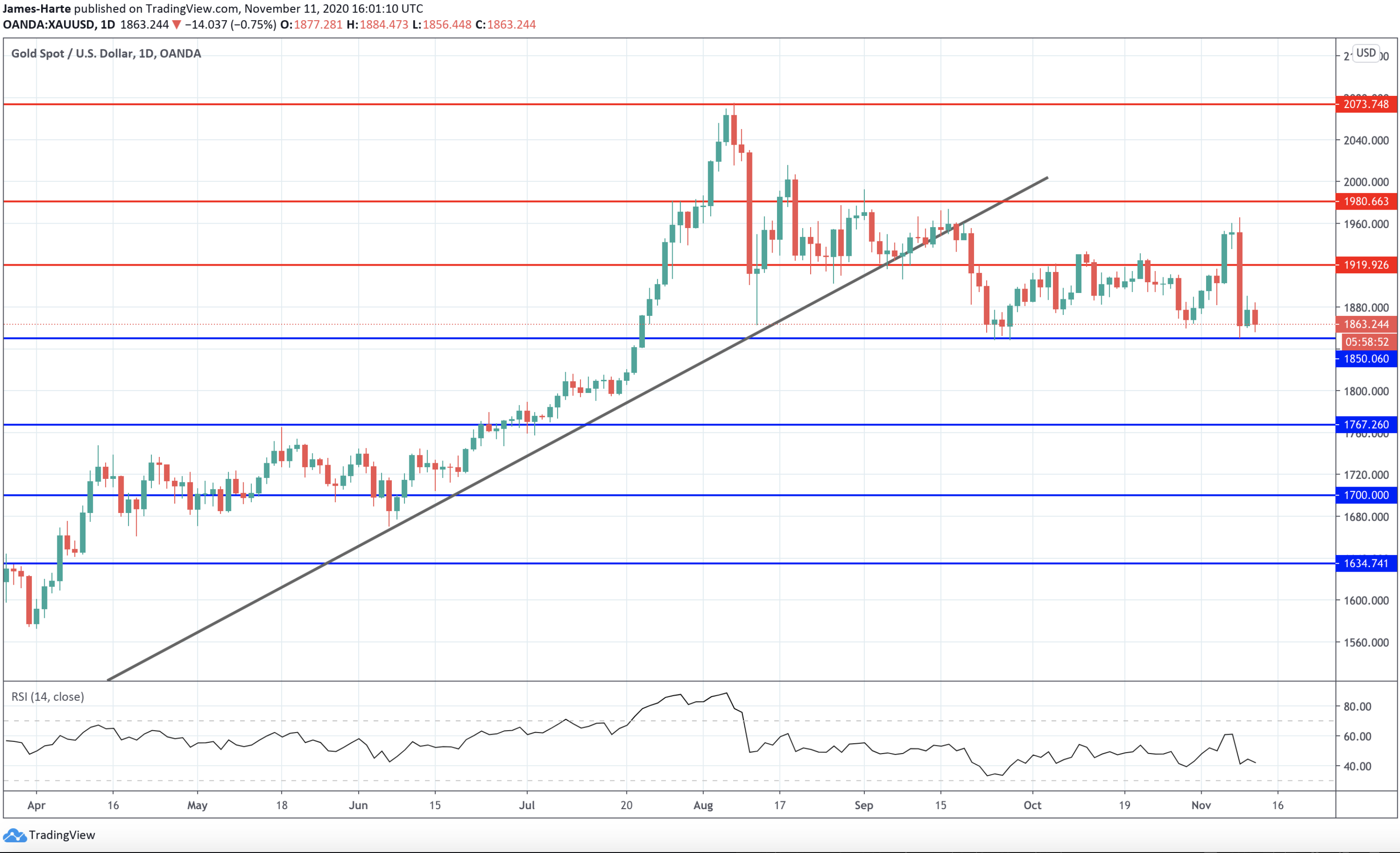 The sell-off in gold prices this week saw the market moving back below the 1919.92 level. For now, the 1850.06 level continues to underpin price.

While this level holds, the medium-term view remains bullish. Below here, however, there is room for a deeper move towards the 1767.26 level next.

Silver prices have broadly tracked the moves we have seen in gold with the market moving lower over the week.

However, the downside has not been quite as pronounced given the upside support silver has derived from the rally in equities markets.

Hopes of a return to normal early next year as a result of the vaccine mean there has been a vast improvement in the industrial demand outlook for silver.

Depending on movements within USD, this should help silver appreciate in the medium term 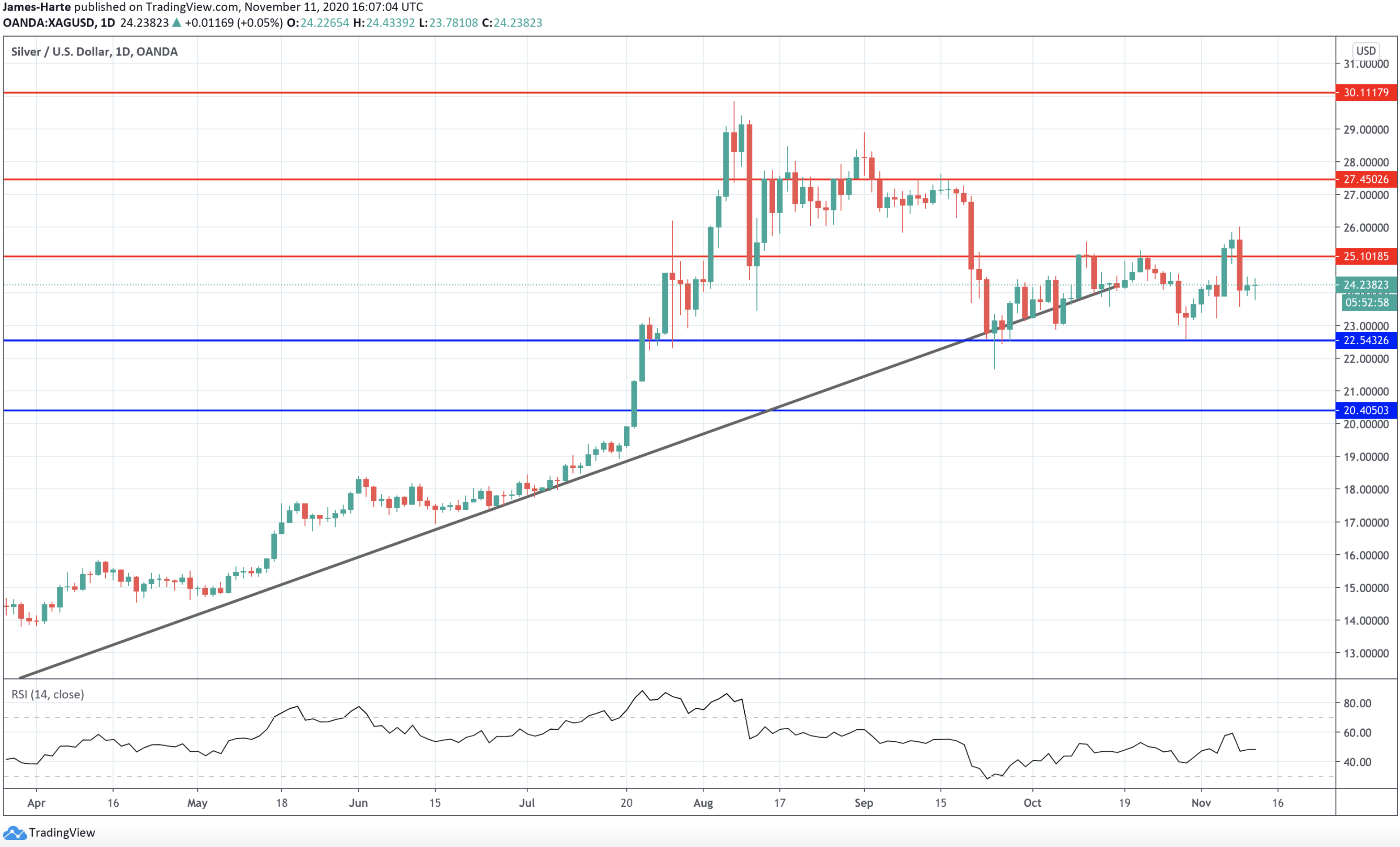 Silver prices have once again been held up by the 25.1018 level this week. The level has been a firm resistance over the last six weeks and continues to pose an upside barrier to silver.

However, while price holds above the 22.5432 level support, the focus is on an eventual break higher.