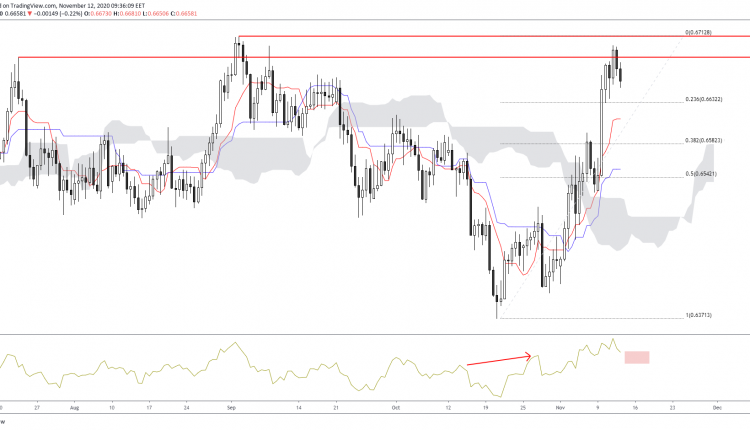 AUDCHF has been on an upwards trajectory since the beginning of November, as bulls pushed to $0.67.

A fall through the said level would look at further downside, as prices trade closer to the Ichimoku indicator.

Should levels hit the highlighted momentum area, this would confirm further deceleration and a potential test at $0.66. 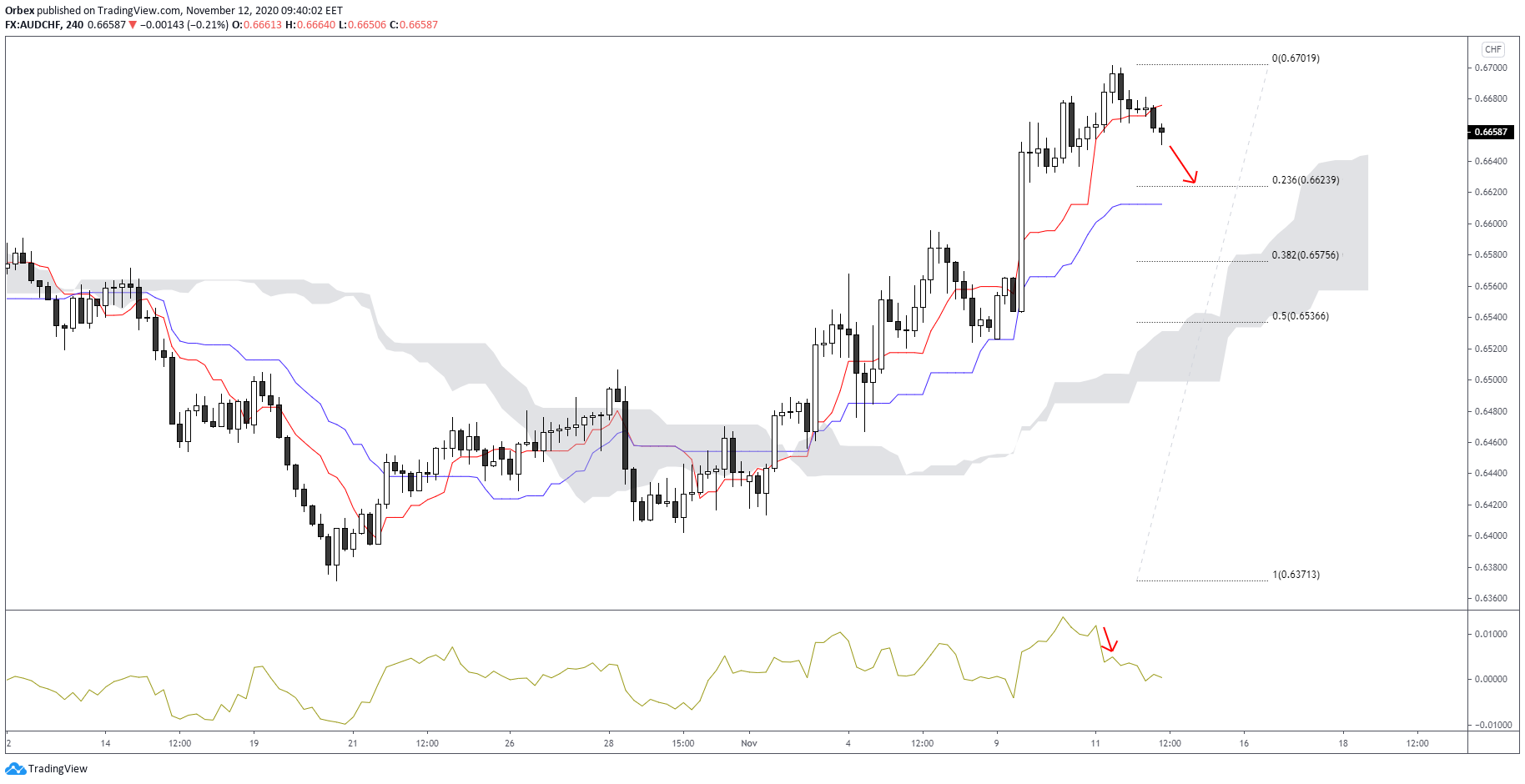 A shorter-term outlook hints at a strong bearish divergence which could lead prices lower. With prices heading towards the cloud, the conversion and baselines will look to encapsulate the trend.

A test at the 23.6% of the long-term downside Fibonacci leg is likely, with bulls looking for support. However, a break-through of the specified level will confirm exhaustion and could lead prices down to monthly lows.

However, should a bullish divergence appear on the momentum indicator, then prices could again push and look at another attempt at recent highs.