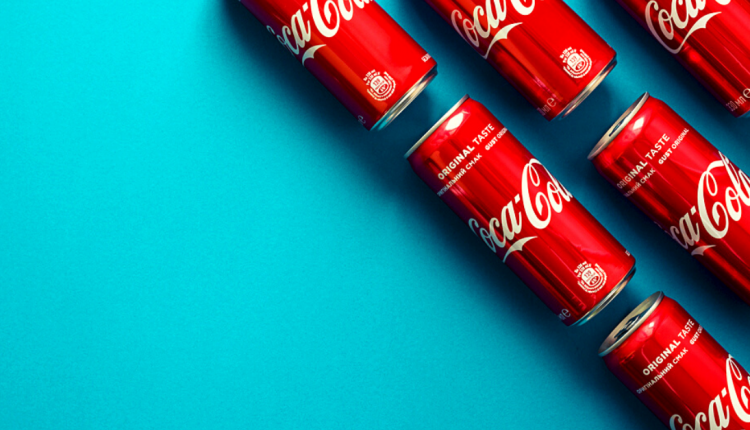 Shares in US beverage-maker Coca Cola have been firmly higher over recent weeks. Stocks have benefitted from the broad pickup in risk appetite on the back of the latest COVID vaccine news. Coca Cola recently announced a major breakthrough in its ongoing fight to become more environmentally friendly.

The beverage-maker recently unveiled a first-generation prototype of a new ‘paper bottle’. The bottle is formed using a paper outer shell with a plastic closer and liner (both plastic components are recyclable).

Moving forward, the company plans to continue developing the product until the bottle is totally free of plastic.

“Our vision is to create a paper bottle that can be recycled like any other type of paper, and this prototype is the first step on the way to achieving this. A paper bottle opens up a whole new world of packaging possibilities and we are convinced that paper packaging has a role to play in the future.”

The company has also been making headlines recently regarding the launch of its Topo Chico Hard Seltzer alcohol in Europe next month. The drink was launched in Latin America at the start of Q3 and will now be introduced to the UK, Northern Ireland, Greece, Austria, and the Republic of Ireland next month. This comes ahead of a wider European rollout next year.

Coca Cola acquired the sparkling water brand from its Mexican owners in 2017 and has adapted it to expand into the hard seltzer market, which has seen dramatic growth in recent years.

Following a successful launch in Latin America, Coca-Cola is now hoping to replicate this success in Europe. At 4.7% ABV, the drink, which will be available in 330ml slim cans. The beverage is only 96 calories and will rival the Gin&Tonic cans which have become so popular over recent years.

The company had a disappointing third quarter. Coca-cola noted the continuing negative impact of the COVID pandemic, which saw Q3 earnings per share of $0.40. This missed expectations for a $0.46 EPS.

However, the company did note that demand is rebounding. They expect to make a full recovery into next year especially now in light of the recent vaccine news. 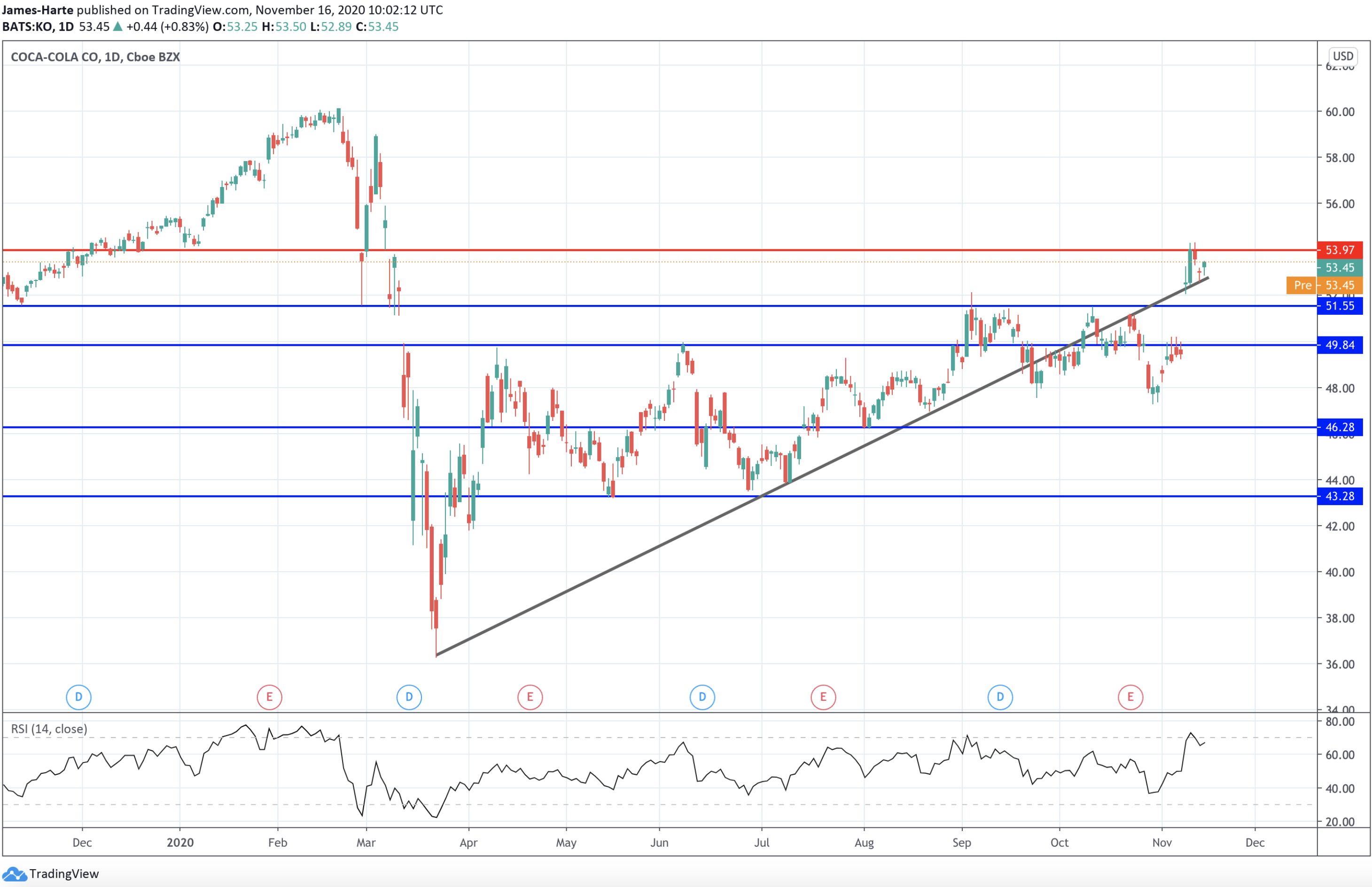 The rally in Coca Cola shares has seen price breaking back above the broken bullish trend line. The move has also taken price above the 51.55 level resistance and is now challenging the 53.97 level once again. For now this is holding as resistance.

While price remains above 51.55, however, the focus is on an eventual break higher.

Another Drop in US Retail Sales Coming Up?