Another Drop in US Retail Sales Coming Up? 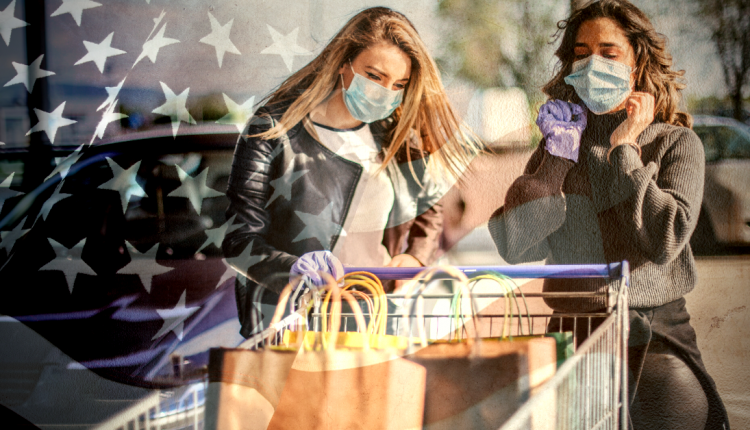 Retail sales in the US have not returned to pre-pandemic levels, despite the significant growth over the summer.

Since peaking in July, retail sales have been running at around 82-87% of comparable years. Chain-store sales suffered more, running at 68-72% compared to the prior year.

As case numbers spike across the US far beyond the levels in the first wave, new lockdowns are already being implemented.

There is ample reason to be concerned that anti-covid measures could be harsher and longer-lasting this time around, which could have a bigger impact on already hurt retailers.

Why the worry, since vaccines are about to be approved?

History shows that the second wave of a respiratory pandemic tends to be worse. That is the winter after the first outbreak of a disease.

This is because people move indoors to get away from the winter cold. And the virus spreads more easily in confined spaces.

Also, in the case of the US, the new Biden administration has been adamant about enforcing new anti-covid restrictions upon assuming office on Jan 20. However, over the weekend, they clarified that they are against a national lockdown.

On the other hand, even if Pfizer’s vaccine is proven to be safe, the unique nature of it makes mass-distribution exceedingly difficult.

The vaccine has to be kept at temperatures lower than what most freezers, including those at hospitals, are designed to maintain.

Other vaccines coming along, such as Moderna’s, don’t pose this problem. But the next hurdle is being able to produce enough to reach the entire earth’s population.

These pharmaceutical companies are not just producing for the US, but for the entire world.

We need 3-4 billion doses worldwide to achieve herd immunity. And it’s unlikely they will be able to cumulatively produce that amount in a matter of a couple of months.

The timeline for prognosis

According to Goldman Sachs, the best estimate of the production capabilities of the current vaccine pipeline will not be completed until the end of March.

This is assuming no more delays happen due to adverse effects. Plus, this first phase of vaccinations will be for high-risk health workers and first responders.

So it would imply lockdowns lasting significantly longer than they did last spring.

We aren’t expecting vaccination coverage that would imply herd immunity (and a return to normal) until late May. Crucially, retailers are going into the key sales months of the year, where they make the majority if not all of their profit.

Retail sales typically increase by 30% during November, and double during December, thanks to holiday shopping.

With people banned from visiting relatives, and under economic pressure, retail sales this year are likely to be significantly lower when adjusted for seasonality.

Expectations are for headline retail sales for October to come in at just 0.5% growth compared to 1.9% in September.

October is when the case numbers started to increase, and no new lockdown measures had been implemented.

Projections for retail sales ex-autos are at 0.6% growth compared to 1.5% growth. This comes as the auto supply issues we saw at the beginning of the year have largely normalized.

With the senatorial elections in Georgia having gone into runoffs for early January, control of the US Senate remains in doubt.

Until then, partisan politics are likely to keep a potential stimulus package on hold.