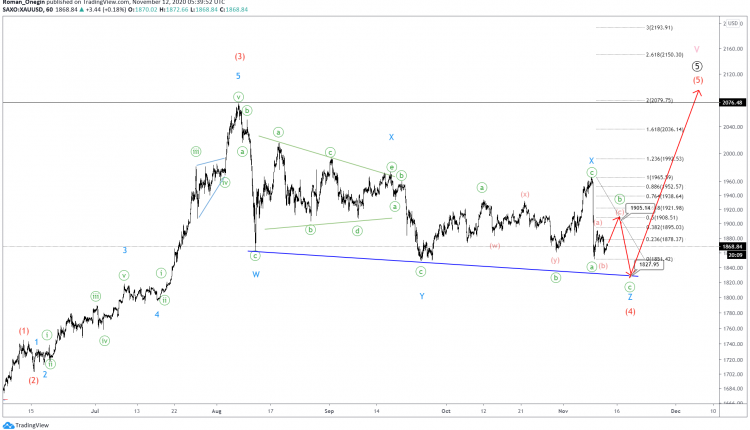 Then we can expect a decline in wave ⓒ to 1827.95. This is a confluence of the support line drawn through the lows of W and Y.

Finally, a rise in the intermediate impulse (5) above the previous maximum will conclude. 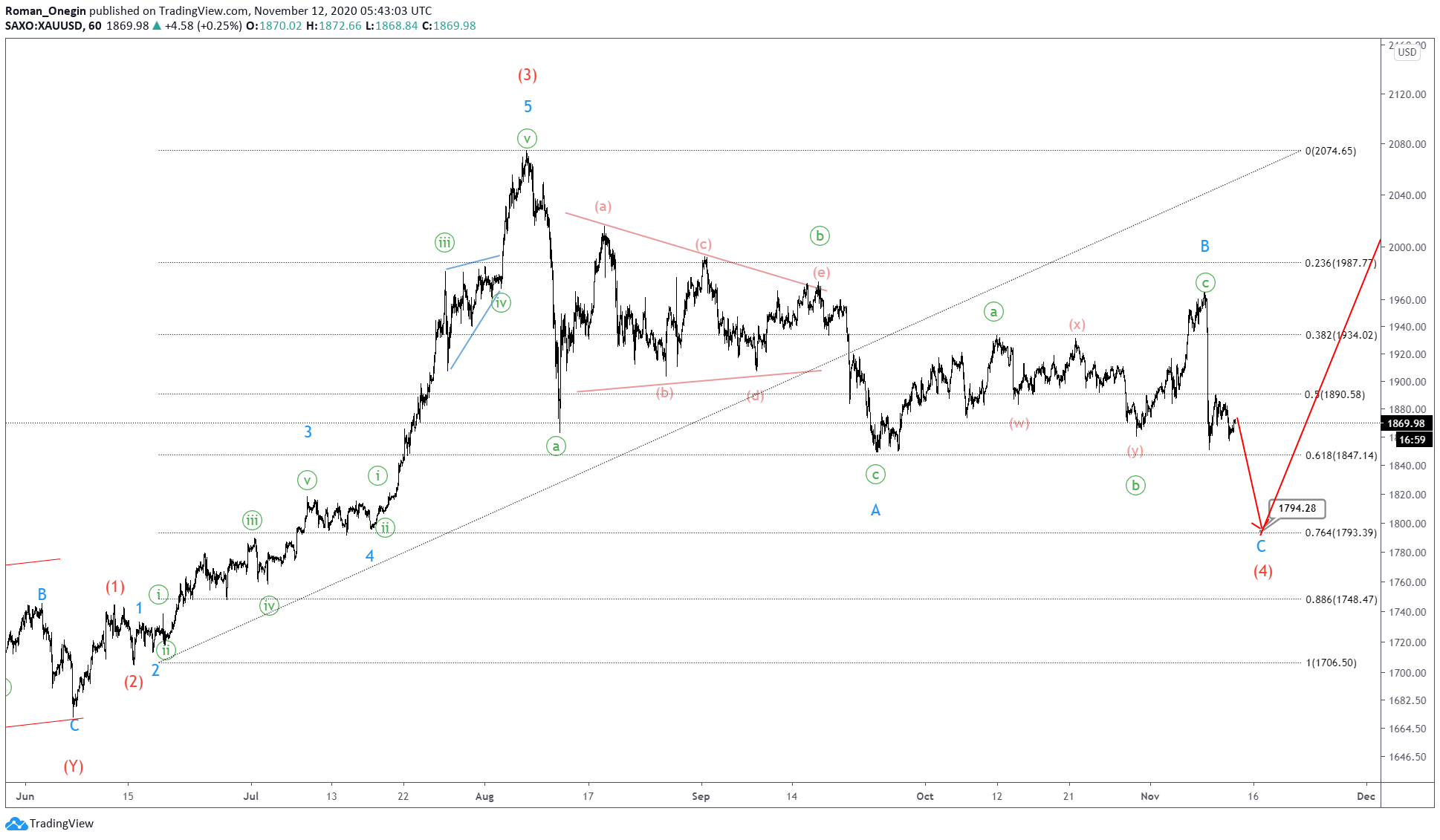 An alternative scenario indicates that the corrective wave (4) takes the form of a flat А-В-С.

Minor sub-waves A and B are fully completed, and the impulse wave C recently began its formation. Therefore, a decline in wave C to the 1794.28 area is possible in the near future.

At that level, intermediate corrective wave (4) will be at 76.4% of the previous large bullish impulse (3).

Subsequently, bullish impulse wave (5), will move above the level of the previous high.

Will COVID Kill Cash? The Future of a Digital Euro