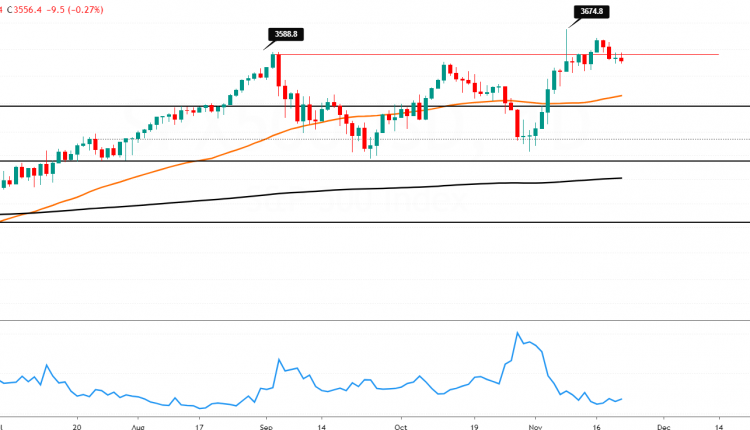 However, the index managed to close briefly above the key resistance level of 3588.8.

That said, the index closed below this level toward the end of the week.

The overall price action remains confined within the ranges set from the week before. As a result, only a breakout from this range could confirm further continuation in prices.

At the moment, the bias remains to the downside, following the higher high that has formed.

This would see the support level near 3388.8 being tested firmly. It will also add to the bullish bias if support is confirmed near the 3388.8 level.

To the upside, any gains will stall near the 3588.8 resistance level once again. This would keep price action moving in a sideways range.