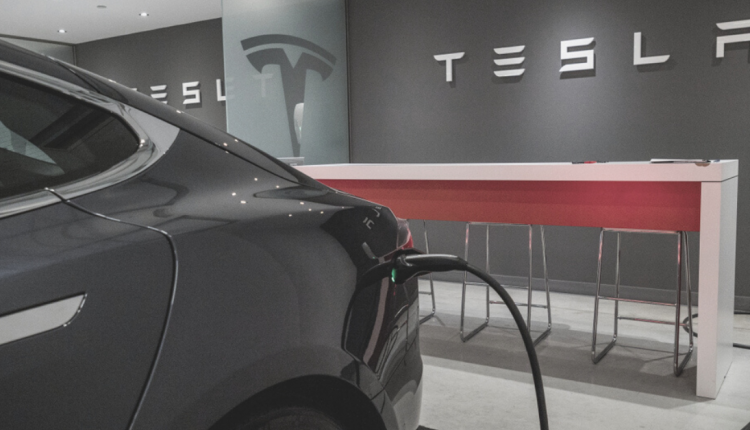 Shares in US alternative energy firm Tesla are trading over 5% higher on Thursday following another bumping quarterly earnings report from Elon Musk and co. The company has now reported five consecutive quarters of growth which has helped lift its share price by over 400% on the year. This makes it one of the best-performing stocks this year.

Tesla reported third-quarter earnings per share of $0.76, beating estimates of a $0.56 EPS. Revenues were also higher than expected at $8.77 billion versus the $8.36 billion forecast.

Looking at the breakdown of the data, revenue from automotive was $7.6 billion over the quarter, comprising 91% of total quarterly revenues. Gross margins within that component rose from 18.7% last quarter to 23.7%. In terms of regulatory credits, Tesla reported revenues of $397 million. This almost doubled the income from “green” credits over the year.

On Track With Delivery Forecasts

The company noted that it had set a new quarterly record for vehicles delivered at 139,300 vehicles. This beat the record set over the prior quarter. At the group’s annual shareholder meeting and battery day presentation, Musk forecast vehicle deliveries to rise between 30% and 40% on last year’s numbers. This would suggest a range of between 477,750 – 514,000 total deliveries. The group’s CFO Zack Kirkorn said that the company forecasts roughly 500,000 deliveries in total this year. This is in line with this earlier guidance.

Tesla Pushes Ahead With New Sites

Operating expenses over the quarter jumped 33% to $12.5 billion as the company pressed ahead with the setting up of new manufacturing sites in the US and Germany.

“I should make a point that for Berlin and Austin, we do expect to start delivering cars from those factories next year but because of the exponential nature of the spool up of manufacturing plants especially one with new technology, we’ll start off very slow at first and then become very large.”

Musk went on to say that it could take between 12 and 24 months to hit full capacity at these new sites.

Investors were particularly keen to hear any mention of the group’s news Cybertruck. The Cybertruck, which will resemble a large metal trapezoid, was first unveiled by the company in November 2019. Musk said the Cybertruck should be available by the end of 2021 “if things go well”. 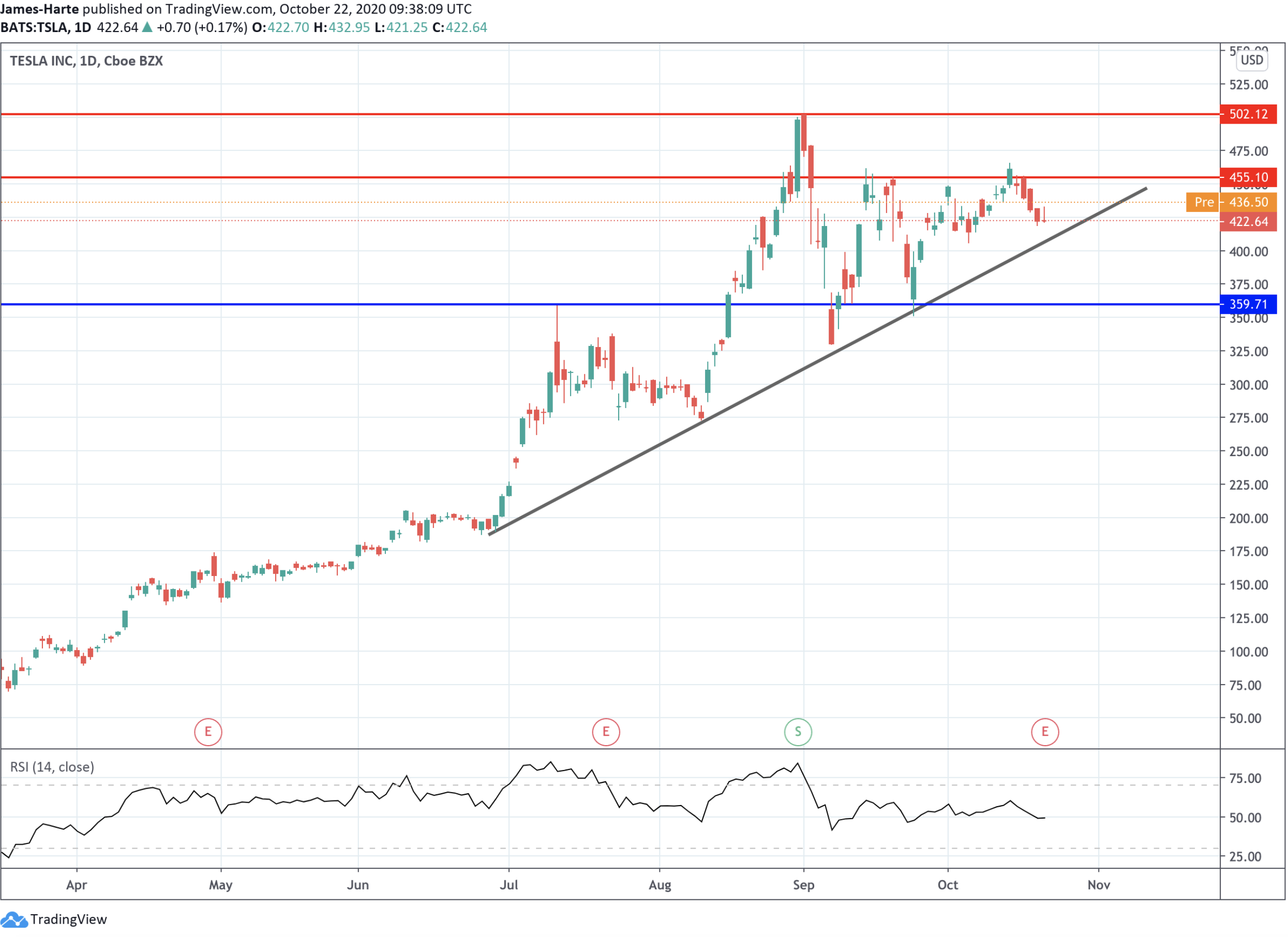 Tesla shares remain range-bound within the ascending triangle that has formed. Price is underpinned by rising trend line support from year to date lows and capped by the resistance level at 455.10. For now, the outlook remains in favor of an eventual break high and a continuation of the 2020 bull run.