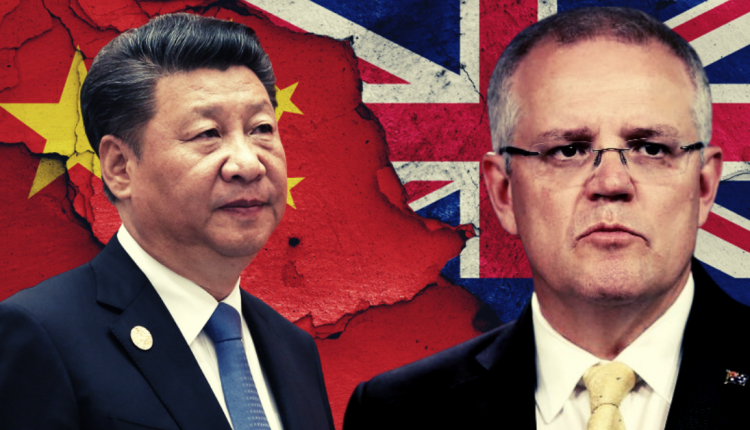 If you ask authorities in China or in Australia, they likely will say that there isn’t any trade issue between the two countries.

Officially, China continues to have normal trade with Australia. But there have been numerous media reports showing that Chinese firms are not buying Australian goods at the direction of Chinese officials.

Since this isn’t a formal policy, determining why China is cutting back on imports of a wide range of products from coal to cotton is a matter of speculation.

The consensus among many observers is that China is “retaliating” for Australian officials’ comments.

The comments demanded more transparency around the origins of the SARS-CoV-2 virus that is causing the current COVID-19 outbreak.

It’s not that China doesn’t have a reason to reduce the buying of certain products. In fact, it’s pretty well-known that the country is looking to boost its internal market.

During COVID, many production facilities were idle for a period. And demand has remained depressed due to the global recession.

As such, China has a supply glut of coal in particular. This is because government-incentivized mining production continued through the pandemic to maintain the economy and output.

Diplomatic tension between Canberra and Beijing dates back to 2017 when the national security agency in Australia warned of increasing Chinese influence.

Further tension came over Australia banning Huawei from participating in the country’s 5G network. China already announced import restrictions on wine and barley directly in response to the call for an investigation into the origin of the current pandemic.

China is Australia’s largest trade partner, buying up as much as 60% of the island nation’s exports of iron ore, coal, and natural gas.

Last year China bought AUD169B in products or about a third of exports.

China has an established habit of using economic pressure to achieve political goals. Further escalation of tensions could lead to tighter restrictions on those key goods.

On the other hand, China’s share of Australian exports has increased over the last several months, despite falling by 2.3%. That’s because exports to other countries fell by 11% in the first eight months of the year.

Other Areas of Investment

While the coal and steel sector is the biggest and most attention-grabbing, there are other sectors that are more vulnerable. The Chinese government has recently warned against travel to Australia.

Chinese visitors are a major component of tourism, and Chinese students contribute to the education sector.

More importantly, Australia’s housing market has been seen as an interesting alternative for Chinese people seeking to safeguard their wealth.

Housing in Australia was already under pressure before COVID. And, with the lack of retail sales, both the commercial and residential building market is teetering.

Should the Chinese not come back to the market, it might lead to a housing bust with knock-on effects for the rest of the economy – perhaps worse than a slow down in commodity shipments.