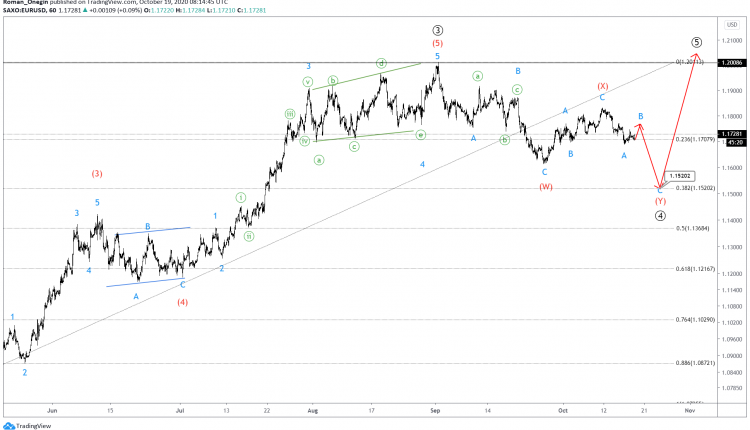 The current EURUSD structure hints at a 5-wave impulse. This consists of sub-waves ①-②-③-④-⑤ of the primary degree.

After the end of impulse wave ③, the market fell in correction wave ④. Judging by its internal structure, it takes the form of a double (W)-(X)-(Y) zigzag.

In the near future, we could expect a decline in the minor A-B-C zigzag, which begins the final wave (Y) to the 1.152 area.

Finally, we could see a rise in wave ⑤ above the previous high. 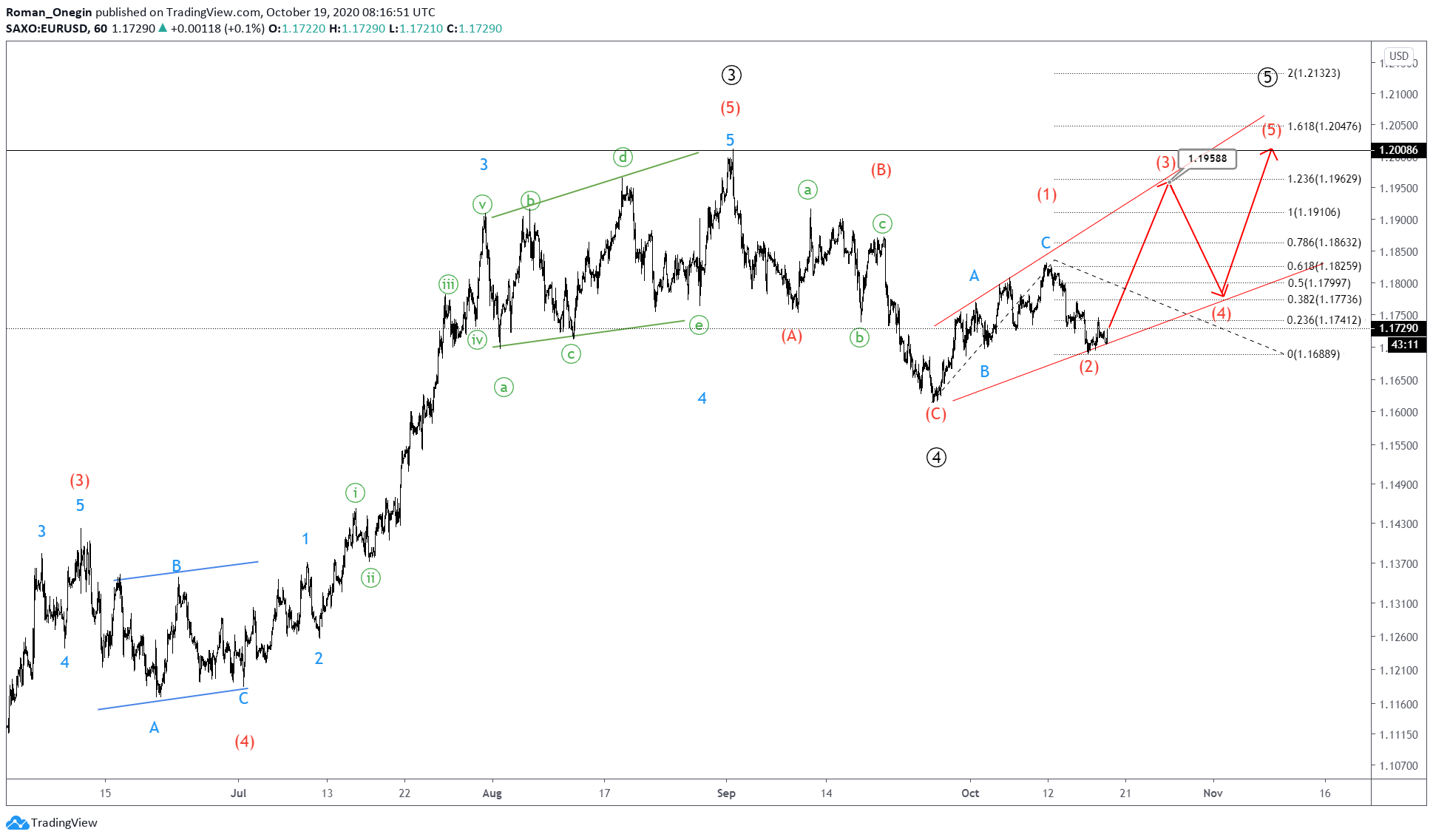 Currently, we are seeing the development of the initial part of the bullish wave ⑤. This could take the form of an ending diagonal.

In the near future, the price will rise in the intermediate wave (3) to the 1.195 area.