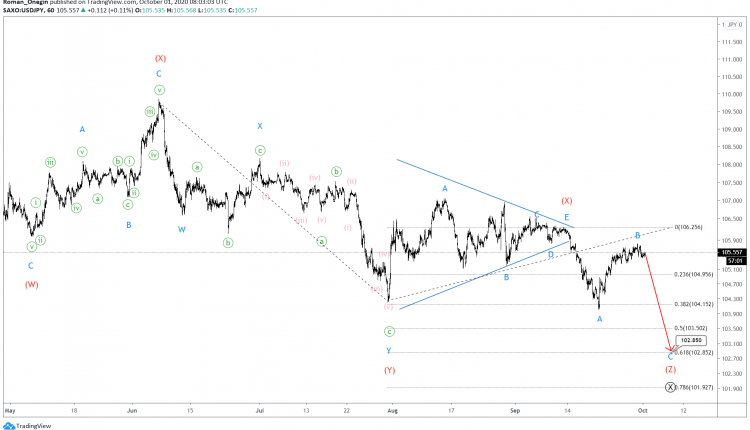 USDJPY seems to be forming a bearish primary intervening wave Ⓧ. It is an intermediate triple zigzag (W)-(X)-(Y)-(X)-(Z).

The second intervening wave (X), which took a triangular shape, has recently completed.

Currently, the market is structuring a final actionary wave (Z) of the intermediate degree. It could be a simple minor zigzag A-B-C.

Since the minor sub-waves A and B are already complete, USDJPY is expected to devalue in the near future within the impulse wave C to the 102.85 area. 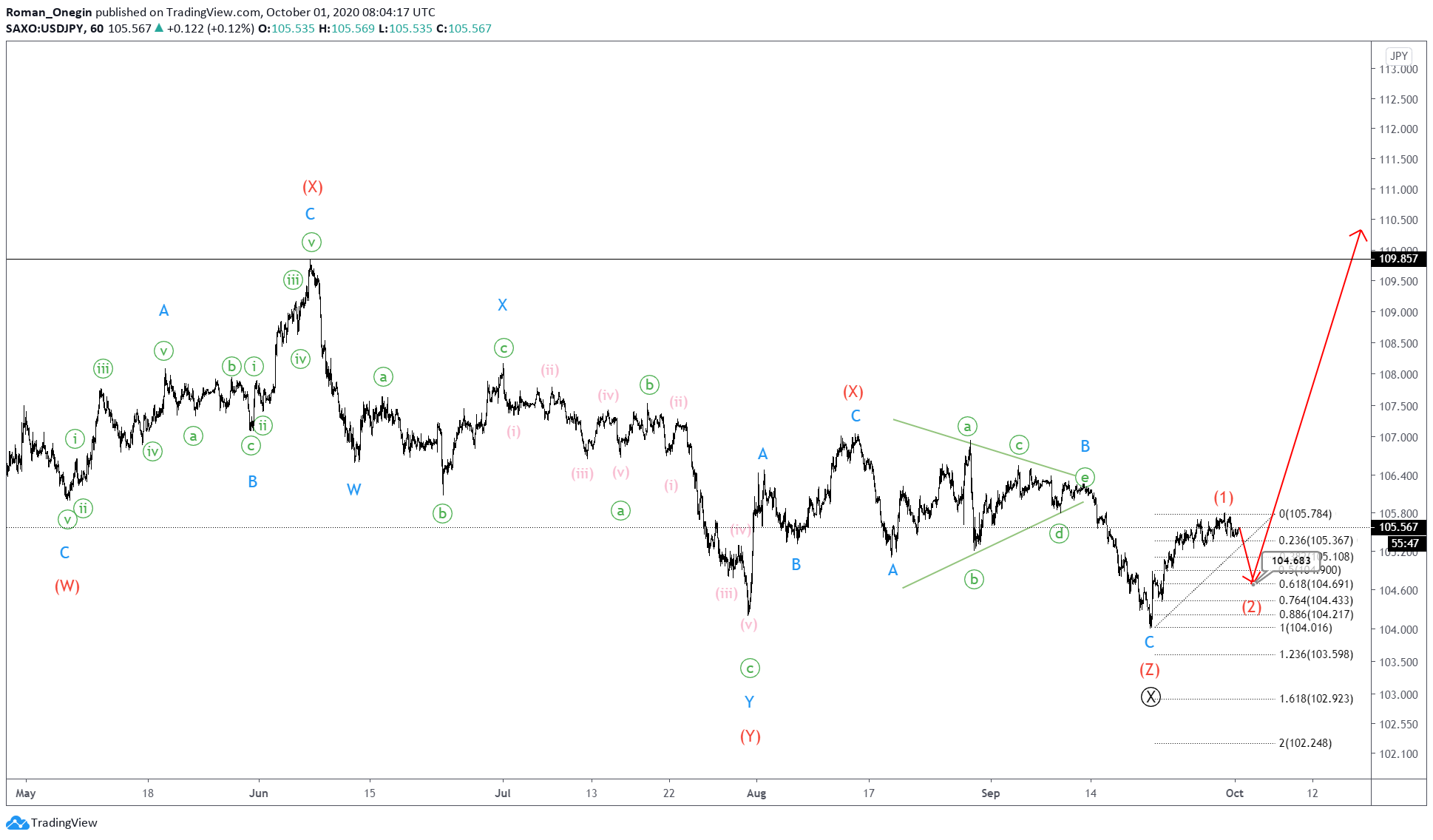 However, likely, the primary intervening wave Ⓧ has already fully completed its construction.

After the end of the final intermediate wave (Z), the price turned and began to grow.

Thus, we could assume that now the market is forming a new bullish impulse. Within it, sub-wave 1 is already complete, and the decline has begun in a small correction (2).