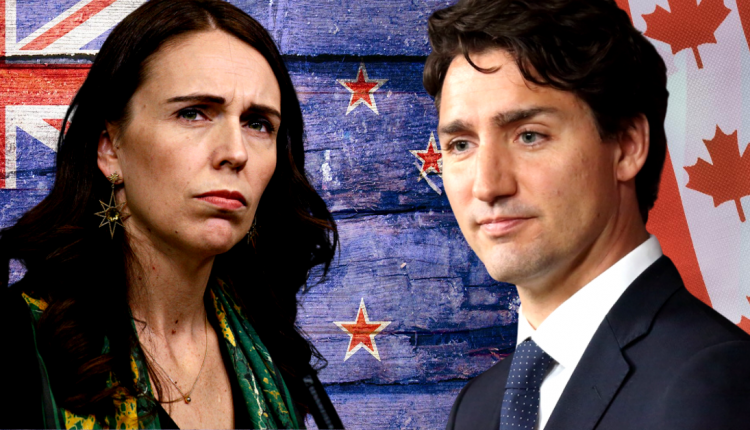 New Zealand PM Jacinda Ardern has received near-universal praise for how her government has handled the COVID outbreak.

Now we’re expecting to get some comparable figures to see the real impact on the economy.

Both the RBNZ and BOC are paying close attention to employment data for policy guidance. Commodity currencies are more vulnerable to changes in employment data since it’s a proxy for productivity in the country.

Did New Zealand do the Best of the Major Countries?

Unlike most other countries, New Zealand only reports official employment figures once per quarter. This means the release tomorrow is both more impactful, but also not so fresh news.

New Zealand still had its economy closed at the start of the quarter. In fact, it was in the process of reopening all throughout the period. Therefore, we can expect the report to be unusually bleak, considering it also includes April and May data.

The other factor is that the RBNZ is scheduled to meet next week on the 12th. How the data goes today is likely to be an important factor in the rate decision.

The reserve bank has hinted at the possibility of negative rates, though hasn’t come out to say so directly.

A disappointing employment figure might put more pressure on the RBNZ and could put an end to the latest rally in the NZD.

And the Good News…

On the other hand, if expectations are met or the data is better than anticipated, the expectation is that the RBNZ will stay put on policy, and let their dollar continue to appreciate.

The consensus of expectations is for the quarterly employment change to come in at -1.9% compared to 0.7% in the prior quarter. While that would be substantially worse than even during the last recession, it is significantly better than other countries.

The unemployment rate is expected to move higher, naturally, jumping to 5.7% from 4.2% at the end of last quarter. A result in that range would be worrisome for policymakers, but to keep things in perspective, it’s not all that far out of the range where many economists say structural employment is.

No Second Wave for Canada?

In July there was some initial concern of a second COVID wave in Canada as cases rose slightly, but the rise was largely reversed by the end of the month.

Hiring is expected to have continued briskly. The consensus is that Canada added 653K jobs during July, an understandable slowing of the pace from 952.6K added in May.

Even if expectations are met, it would mean that Canada is still short 1.2M jobs from before the pandemic. The unemployment rate is expected to come down a bit to 11.0% from 12.3% in June.

Why the small drop in the unemployment rate? Because people are returning to the workforce, after not seeking a job in the middle of an outbreak.