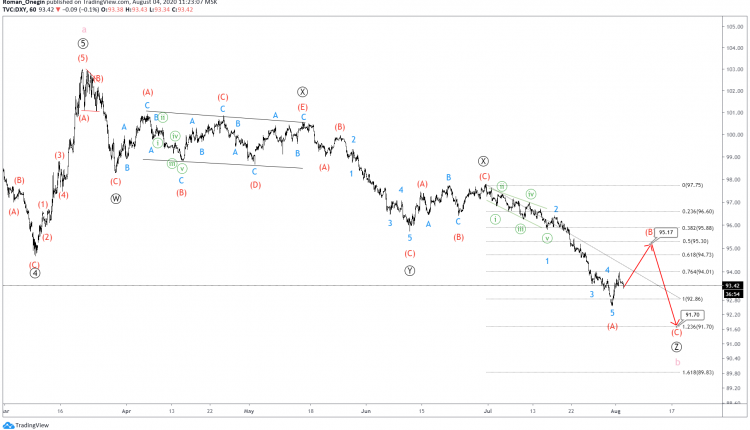 DXY ended wave IV of a bullish cycle pattern in a simple Ⓐ-Ⓑ-Ⓒ zigzag.  Wave Ⓐ is a zigzag, wave Ⓑ is a triangle, and wave Ⓒ is a 5-wave bearish impulse.

At the time of writing, DXY has begun to reverse up in the final wave V.

We expect the 5-wave primary-degree upside to reach at least the 102.95 area. This is the previous high formed by cycle wave III. 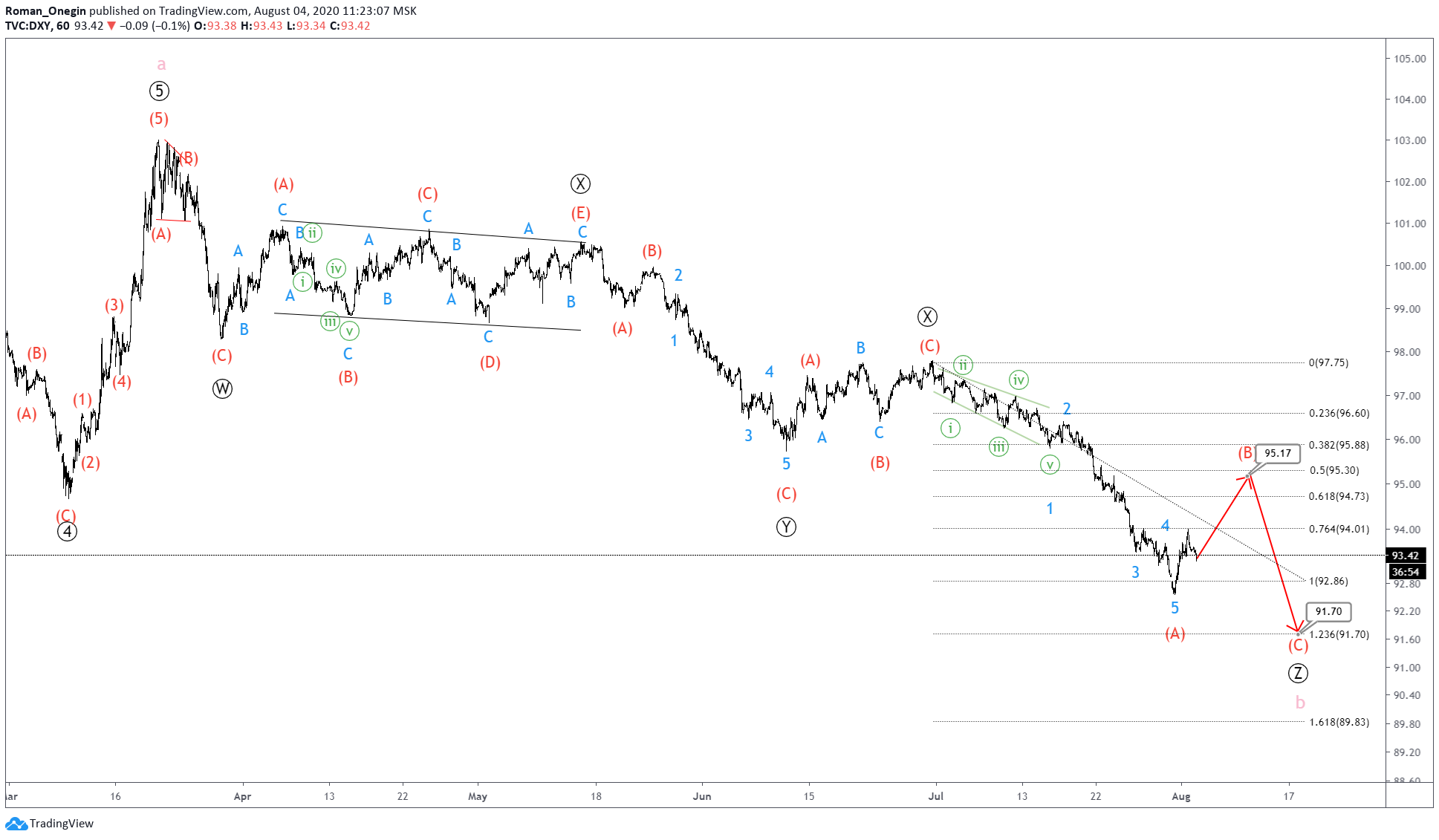 An alternative scenario hints at a cycle-degree standard zigzag in a-b-c.

Cycle wave b, which is under development, resembles a triple Ⓦ-Ⓧ-Ⓨ-Ⓧ-Ⓩ zigzag. Wave (B) of Ⓩ is currently under construction.