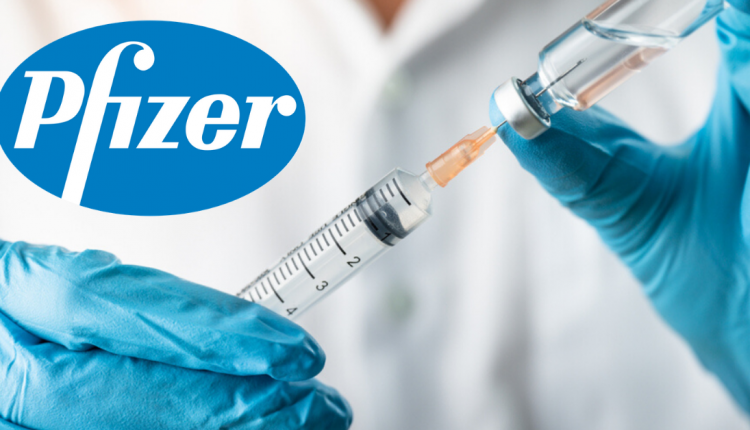 Shares in Pfizer gapped up by almost 3% from Friday’s close at the US open yesterday. They are up another 0.54% pre-market on Tuesday as traders digest positive news regarding its vaccine development.

On Monday, it was reported that two potential vaccines developed in tandem by US pharmaceutical company Pfizer and German biotech firm BioNTech, have been “fast-tracked” by the FDA.

The two potential vaccines in question are BNT162b1 and BNT162b2. They are the primary candidates out of a group of four vaccines that the two companies have been trialing in both the US and Germany.

These vaccines previously made headlines last month when the BNT162b1 drug was said to have shown positive results in early-stage human trialing. Meanwhile, test results from the first round of human testing on the BNT162b2 drug are due to be ready in July.

The two companies have noted that if their trials are successful and they gain regulatory approval from the Food and Drug Administration, they expect to manufacture up to 100 million units of the vaccines by year-end. By the end of 2021, they could produce a further 1.2 billion doses. With regards to testing, the statement noted that Pfizer and BioNTech are due to begin larger human trials on 30,000 test patients by the end of the month.

FDA approval is an important development and means that the new drugs will be given priority in terms of review speed. This means that approval could come within the next few months. If regulatory approval is granted, Pfizer shares are expected to appreciate greatly. This is given the volume of vaccines the firm projects it will be producing over this year and next.

Pfizer is next due to report earnings on July 28th. Expectations are now trending higher in response to the news of the FDA fast track.

Looking ahead, Jim Cramer has now issued a bullish signal on Pfizer. This came following the news with the Street Quant Rating giving Pfizer a buy rating of B. The market will now be keeping an eye on incoming headlines relating to Pfizer’s clinical trials and FDA approval. 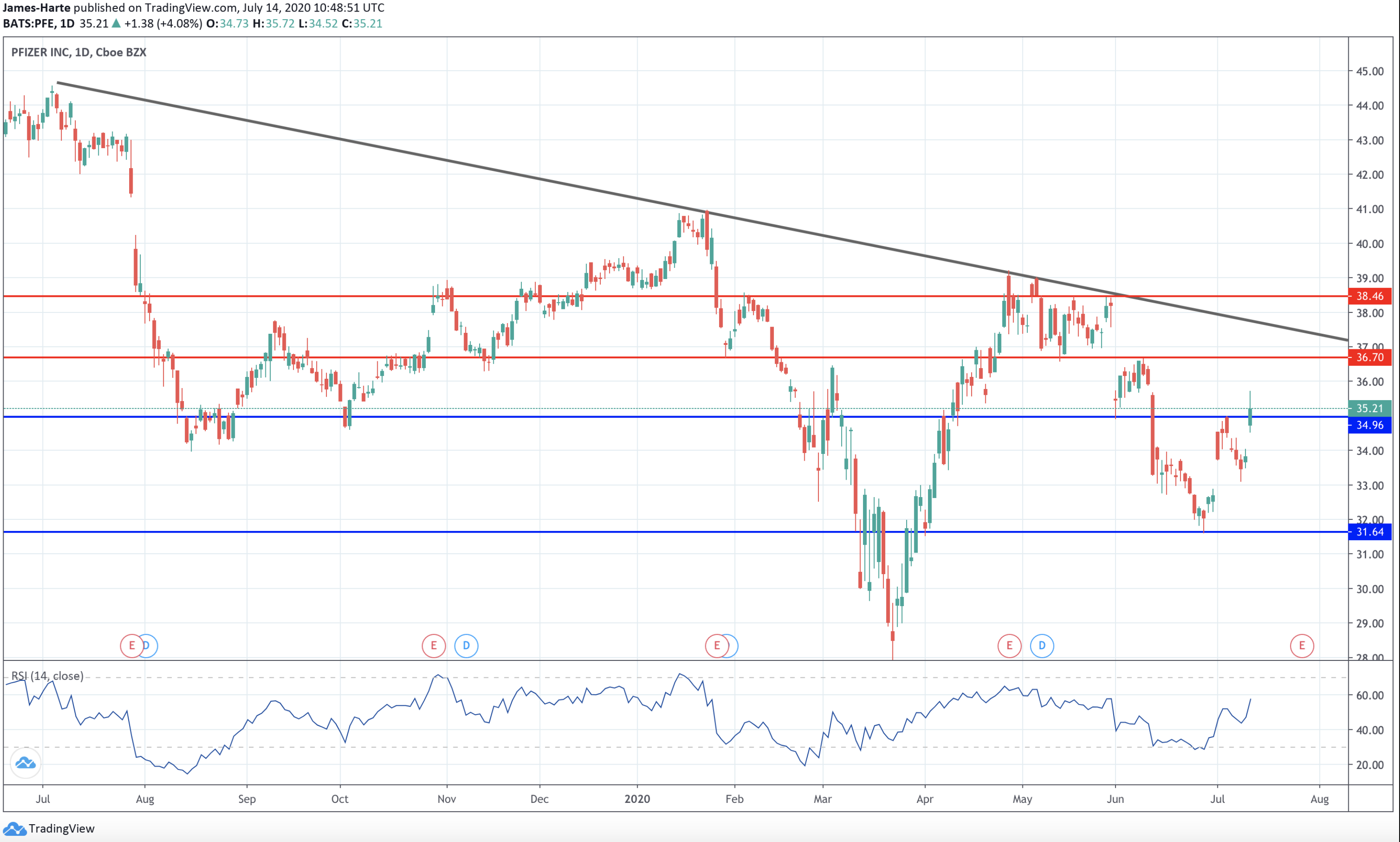 Pfizer shares traded higher on Monday. Price broke above the $34.96 level to close 1.5% higher on the day at $35.21. While this level remains intact as support, the focus is on further upside. The $36.70 level is the next key resistance to note, ahead of the long-term bearish trend line.

To the downside, any break back below the $34.96 level will turn focus onto the $31.64 level support as the next downside zone to watch.