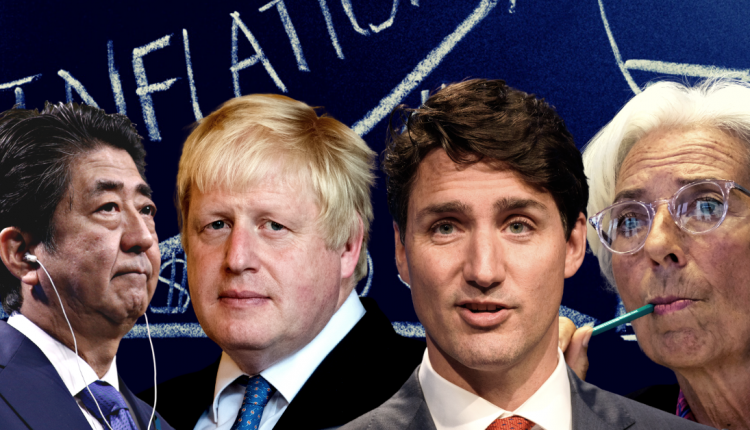 Inflation has taken a backseat in monetary policy as central banks have desperately tried to restart the economy.

However, it could be coming back into relevance now as the economic situation normalizes.

Sudden increases in inflation could put a cap on what central banks can do to boost the economy in the near term, and therefore have a larger weighting on currency moves.

Over the weekend, BOE member Haldane said he saw the UK economy recovering faster than expected.

Although we don’t expect the comments to translate into any change in monetary policy soon, it might signal that easing will be coming to an end soon.

Inflation still allows the BOE plenty of room to keep stimulus flowing, as it’s quite below the 2.0% target.

No Changes from the Eurozone

The EU provided their flash CPI figures back on July 31.

Wednesday’s figures are expected to repeat what we’ve already seen. A surprise increase in the inflation rate could be interpreted as constraining the ECB’s ability to help the economy and undermine the euro compared to other currencies.

A lower than expected result is more likely to support the shared currency.

Projections for the July core eurozone CPI indicate that it will repeat the flash monthly change of -0.3%, as well as an annualized rate of 1.2%. This is well below the ECB’s target.

Last week, Canada published a host of data showing that sales were ramping up after the pandemic had died down.

However, it doesn’t appear that there is much expectation that increased sales will translate into inflation just yet. At the same time, as we get inflation data, Canada is also expected to show wholesale sales grew 8.5% during July, increasing the pace from 5.7% prior.

Japan Still Under the Shadow of COVID

Early yesterday, Japan’s economy minister said there was no evidence COVID has become less infectious, underscoring that the pandemic still is the driving factor in the economy’s outlook.

But one thing that hasn’t changed since the outbreak is Japan’s tradition of extremely low inflation. While this gives the BOJ more room to maintain stimulus, the publication of inflation data is less likely to influence the markets.

Projections indicate that the annualized core CPI will come in at 0.0% compared to 0.2% prior. However, on a shorter-term, inflation is picking up.

Expectations are for the core monthly CPI to come in at 0.1% compared to 0.0% in the prior month.