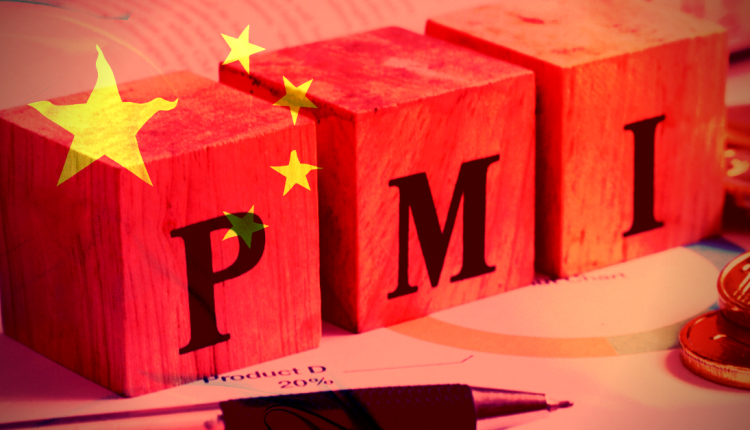 Before trading gets firmly underway next week, we get the release of pivotal PMI data out of China. And it starts with the official NBS figures.

The consensus is for the indicators to drop slightly, but there is also reason to suspect the market might ignore the potentially slightly weaker data.

A lot of news has come out in the last week. And there we expect even more to come out over the weekend that might change the context of the data.

The first thing to keep in mind is that both the National Bureau of Statistics and Caixin surveys were conducted last week.

At the time, there was increased pessimism over rising COVID cases in Europe. Then, throughout most of this week, we’ve had positive comments from both China and the US over trade negotiations that have been ongoing.

We don’t expect a conclusion to the trade negotiations this week. However, we could get an announcement of some kind of interim agreement over the weekend.

China has been seen by investors as a refuge from the economic fallout from coronavirus, since they are well on the way to full recovery.

The drive to invest in China has pushed the yuan up to its highest level since the start of the current crisis. Additionally, consumer demand has remained healthy over the last few months, while faltering in other countries.

That said, despite Chinese leadership’s efforts, China has not fully pivoted to a domestic economy. The dependence on exports is likely to hinder Chinese growth, in the near term.

This is likely to weigh on the views of company managers. Especially the larger companies that are measured by the NBS survey.

Combine a global recession plus at the time talk of increasing tensions between China and the US, as well as a resurgence in the border dispute with India, it’s not surprising that PMIs last month might be a little less optimistic.

Because of the flood of good news over the last week, the market might be more willing to shrug off some bad news from China. Especially if over the weekend we get a softening of the rhetoric between the world’s two largest economies.

The key data to keep an eye on is the NBS Manufacturing PMI. This will come out Monday morning and could move the sentiment of the entire market,

Since recovering from the initial impact of the COVID outbreak in China, this measure has been technically in expansion for nearly half a year. The consensus of expectations is that it will drop to contraction for the first time since the start of COVID, coming in at 48.7 compared to 51.1 in July

Expectations are for the non-manufacturing component to diminish sharply. However, it will remain in expansion at 52.1 compared to 54.2 in the prior month.

On Tuesday we get the Caixin version. This surveys a broader range of companies, including smaller ones.

Projections for this, too, show a significant drop in sentiment. We expect it to also fall back into contraction for the first time since the beginning of the pandemic.

The consensus expectation is for Caixin Manufacturing PMI to be technically in contraction at 49.4. This is in comparison to 52.8 prior.