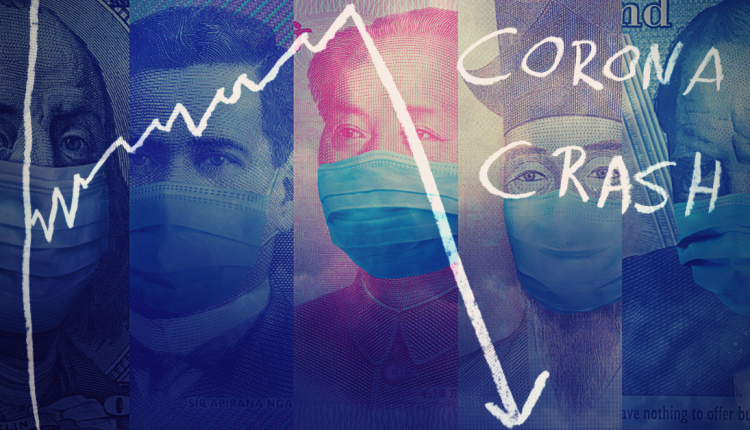 The markets lost their appetite for risk in the latter part of June. This was mainly due to reports of increased cases of COVID-19 around the world, leading to fears of another lockdown.

But, whether we are heading into a second wave is still a controversial subject – even among scientists, let alone politicians.

The uncertainty of how the pandemic will evolve and what governments will do about it has significant economic consequences.

Businesses and consumers are holding onto liquidity in case they are subject to another prolonged period of a lack of income. And this inability to plan and develop future projects depresses the economic outlook, making investment less appealing.

Therefore, the mere threat of a second wave could be just as bad as the second wave itself, in economic terms.

Is This a Second Wave?

The recent global uptick in cases has different interpretations, depending on where you are.

For most of Europe and China, in particular, a significant increase in cases could count as a second wave. But for countries like Brazil and India, their cases have continued to grow since the beginning.

And then there are countries like the US, which saw a peak in May, a slight reduction, and then a resurgence. As New York Governor Andrew Cuomo characterized it, the US wasn’t experiencing a second wave, just a continuation of the first.

In global terms, however, a simple glance at a chart of cases shows that even if the curve flattened a bit in May, it has continued to surge. You can’t have a second wave until the first one is over, and there hasn’t been a peak in global cases yet.

So, Why the Talk of a Second Wave?

Many analysts are referring to prior pandemics, in particular the 1918 Spanish Flu.

There was an initial surge in cases in spring, but the largest number of cases happened from September on. And there was a similar pattern with the Asian Flu of 1968.

But 1918 and 1968 didn’t have the level of global travel, nor home/office/shop temperature regulation that we do today. The Flu, like coronavirus, spreads in enclosed spaces.

Summer high temperatures today are just as likely to drive people indoors to enjoy the air conditioning. It might be that we don’t have to wait until fall to get a second wave.

There have been increasing questions about the validity of lockdowns among the scientific community. This is despite a Sky-news survey yesterday showing that as many as 83% of Britons would support another lockdown.

In the initial phases, lockdowns made sense to prevent the hospital system from being overwhelmed. This was due to the uncertainty about the virus, its modes of transmission, and the severe lack of protective equipment,

However, the actual death rate appears to be only a fraction of what was originally feared. The CDC now estimates an infection fatality rate of 0.26%. Therefore, with increased PPE production, the availability of some treatment methods, and expanded hospital capacity, politicians might judge that the economic cost of a second round of lockdowns is not justified.

Even in the worst case of a second round of lockdowns, the OECD doesn’t see a doubling of the negative economic impact.

In a lockdown, still, a substantial portion of the economy continues to function as essential services are maintained. The longer the lockdown, the more services become essential.

You can go a few weeks without buying clothes; but not a few months. A second wave, if there is one, will look a lot different from the first.