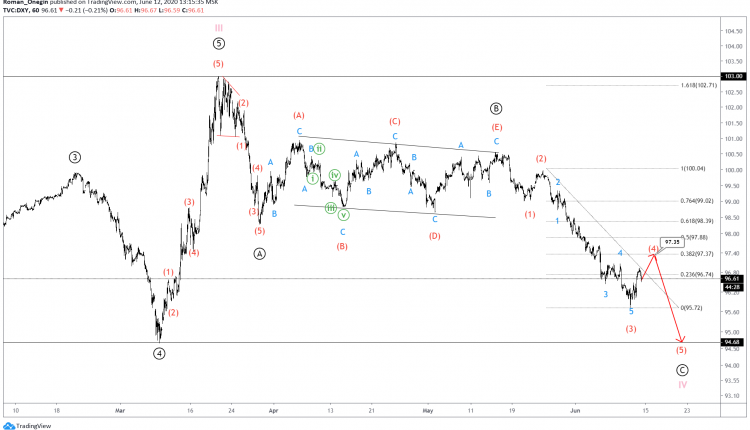 DXY seems to be forming a bearish wave IV of a cycle degree, consisting of primary corrective sub-waves Ⓐ-Ⓑ-Ⓒ.

Afterward, the decline in the 5th wave could take us to wave ④’s low. 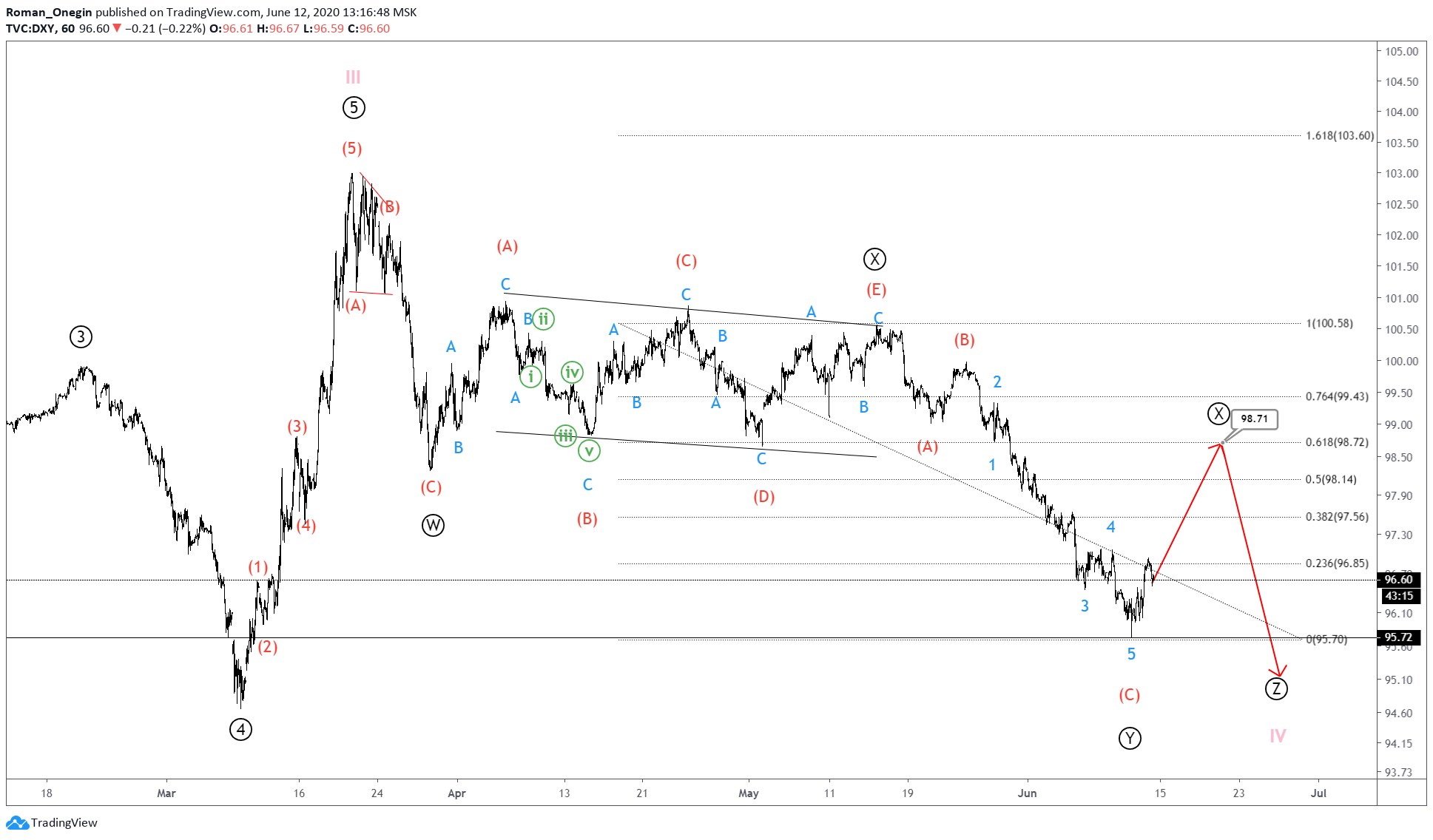 An alternative scenario suggests that the cycle degree wave IV is taking the form of a triple zigzag Ⓦ-Ⓧ-Ⓨ-Ⓧ-Ⓩ.

This could be followed by a bearish leg in wave Ⓩ near 135.80 and perhaps slightly below wave Ⓨ.