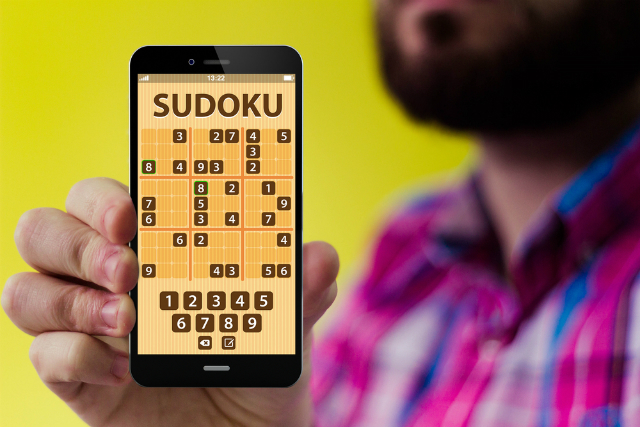 Sudoku might not have anything to do with trading, but the puzzle offers some similarities such as probability, mistakes that can make you start playing from scratch to looking at other blocks for context. Here are five important trading lessons Sudoku can teach you.

Sudoku puzzles have been around for quite a long time. Dating back to the 18th century, it was also known as Latin Squares. The simple looking puzzle, comprising of a 9×9 square, requires Sudoku players to fill in each square with a number so that the row, the column and the block contains the numbers 1 through 9 without any repetition. Sudoku means the single number in Japanese.

Sudoku puzzles come from the very easy layouts which can be solved in under a minute to the tough, taking an hour if not more. Sudoku puzzles can offer a quick getaway while still putting your mind to work. Thanks to the latest smartphones, there are a while lot of Sudoku puzzles that you can download and play anytime, anywhere.

But what’s Sudoku got to do with trading you might ask? Play Sudoku for a week or a month and it is no secret that quite some valuable lessons can be learned from playing this puzzle, which can be applied to the markets as well.

One small mistake can quickly snowball into a complete mess 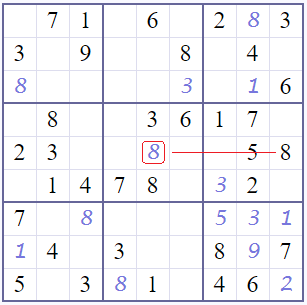 Time to start over or retrace the wrong number

Depending on the level of difficulty, sometimes you do not realize that you made a mistake until you come to the final stages of completing the empty squares. By this time, the only option left is to wipe perhaps the puzzle clean and start over again.

In trading context, it is not hard to see the similarity. A small mistake can be as simple as entering long or short at a very bad price level only to see prices quickly turn against you leaving you in a big drawdown, or it could be as simple as cutting your winners too early only to see prices continue to push on in the direction. The result of that one small mistake could potentially put your trading equity at risk or have you to take the difficult decision of closing out your positions at a larger loss than originally intended.

Think outside the box 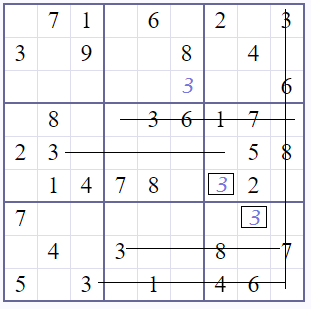 This is a literal lesson. Those who have played Sudoku would know that at times, it helps to think with of a fresh set of eyes. Most of the times, the answer is very obvious, but often clouded. When you are unsure of what number goes into the square, you can simply look at the corresponding row or column to get the much-needed perspective.

With trading, too much of screen time also clouds your judgment. Taking a break from the charts and approaching your strategy with a fresh perspective can do wonders and especially at times when the solution/reason is very obvious. 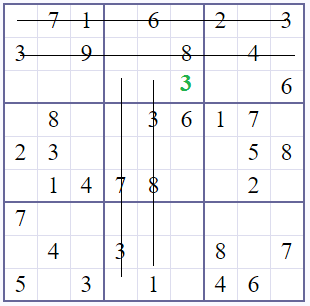 ‘3’ placed by process of elimination

Most of the numbers in the squares can be simply placed by a process of elimination, by looking at the rows and the columns. Because no number can be repeated within a block, row and column, using a simple method of elimination can save you a lot of time and also help you solve the Sudoku puzzle much faster.

When trading, for whatever reasons, traders tend to keep chasing the more complex set ups. Why risk your money on a currency pair which you acknowledge to be complex when you can focus on the easier, high probability set ups which can actually make you money?

Or why lose focus on trading 5 different currency pairs when you can focus on just one and build your positions on it?

Just as with Sudoku, leave the most complex squares (or trading set ups) for later and try to capitalize on the more obvious and easier positions. 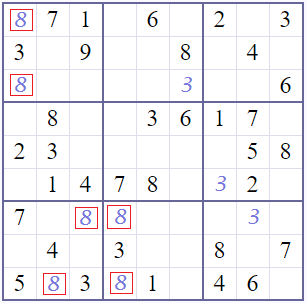 With Sudoku, every number and its placement is important as it interconnects to the block, row and column, which in turn influences the placement of the other numbers in the remaining squares as well.

This couldn’t be further from the truth when you trade. Equities are going up but so is Gold? Surely, something’s got to give. Interconnected, is a term that is of great importance in the financial markets. When you trade a currency pair in isolation, the probability is only 50 – 50 for the currency to move in the direction that you forecast it to. But with inter-market analysis, you can increase the probability even greater and thus gain more confidence in your analysis.

Probability is not certainty 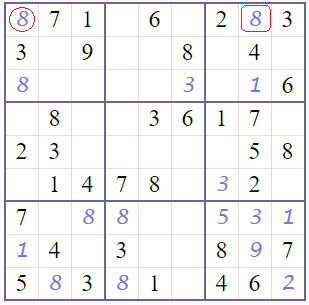 Probable chance that 8 (circled) is correct, but not certain, when 8 (squared) takes that position

This is perhaps the biggest lesson to learn. While there might be a high probability that a certain number could fit into the block, it is however not certain. As traders, especially those who trade with chart or candlestick patterns, it is important to realize that probability does not mean certainty.

To put it in simple terms, a bearish engulfing candlestick pattern offers a high probability that prices will fall, but there is no guarantee that prices should fall.

Understanding this point is critical for traders to have an alternate trading plan or more importantly knowing when or where the probability is falling apart and acknowledging that you were wrong and thus cutting your losses quickly.