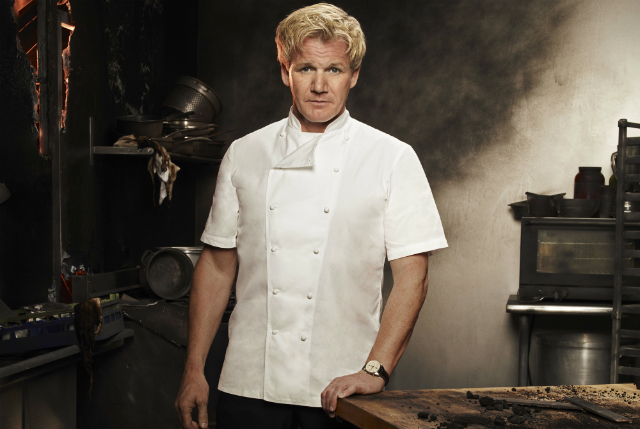 Hell’s Kitchen, one of Chef Gordon Ramsay’s many reality TV shows is quite an entertaining show to watch. Chefs face off to win a grand prize of running their own restaurants at the end. However, the path to success isn’t easy as the contestants are truly put to hell. From having to deal with their peers to putting their differences aside and working as a team, Hell’s Kitchen simply draws the viewer into it.

However, this article isn’t a review about Hell’s Kitchen, but rather the lessons a viewer can take away from it. From a trading perspective, there are quite some interesting nuggets of wisdom that can truly help you to become a better a trader. Here are the five biggest lessons that stand out however.

Starting from the first episode to the end, a common recurring theme in Hell’s Kitchen is the fact that contestants that are the most focused and have their eyes fixed on the prize are the ones who often end up on the tops. There is a bit of luck involved too. But isn’t that the case anywhere?

For traders, staying focused on their goals is what determines the best from the rest. There are ups and downs, but that doesn’t mean you have to give up because you hit a losing streak.

In Hell’s Kitchen, some of the top chefs hit rock bottom, often coming close to being eliminated. However, some of them manage to bounce back simply through sheer determination and focus to come out on the tops.

The main event in every episode of Hell’s Kitchen is the grand service that is put out. This is often a time of high pressure and shows Gordon Ramsay at his very best, swearing at the contestants and going nuts. It is a recurring theme to find contestants either running out of ingredients or failing to have a backup plan. It does sound a bit familiar in the trading world doesn’t it?

In the heat of trading, the stress a trader goes through is no different. However, the preparation that one needs to do ahead of trading is very important. Do you take time out to analyze the charts or understand the main driving themes for the day? Do you really have a plan of attack?

Always prepare yourself before you start trading. Get to know the markets and what’s driving them

Another impressive feat from the Hell’s Kitchen winners is the fact that it is not your education or your experience that matters. There have been winners on the show who were not even professional chefs to begin with. What they lack as experience or education is made up by the zeal to learn and improve on their weaknesses.

For traders, this is a very important lesson. Learning doesn’t necessarily mean having to buy tons of books and read through them all. Lessons can be found anywhere. From a losing trade to a winning trade, you only need to know where to look. Some of the most successful traders often ensure that they always learn something from a losing trade and most importantly, ensure that they don’t repeat it again.

The constant loop of feedback and learning ensures that you overcome your weakness over time.

An important lesson for traders is strategy and timing. You can have a great strategy, but if you miss out on the timing it can backfire. A great example is where you find a nice reversal candlestick pattern on the charts and you execute it. However, pullbacks can be frustrating. Without correct timing to execute your strategy you could end up under water for quite a while.

While strategy is important, timing also plays a crucial role when it comes to your trading plan

Finally, a recurring theme among the winners of Hell’s Kitchen is their consistency to keep up their performance and standards. There are many contestants on Hell’s Kitchen who start with a bang but soon fizzle out under pressure. Likewise, there are contestants who start off weak but manage to rise to the challenge only to peak out and get eliminated. Staying consistent is one of the key aspects for trading as well. Almost any trader at some point has had a winning trade, but if you are not consistent in your trading chances are that you will simply peak out at some point. Consistency is not about having a winning streak; it is all about how well you can trade according to your plan.

For traders, consistency plays a big role in the longer term success of your trading. The better you are at consistently churning out winners, the more the chances of you staying in the trading game for the long term.

Silver outperforms Gold; Silver is up 4.23%

The question of the week: Where is BoJ?