The question of the week: Where is BoJ? 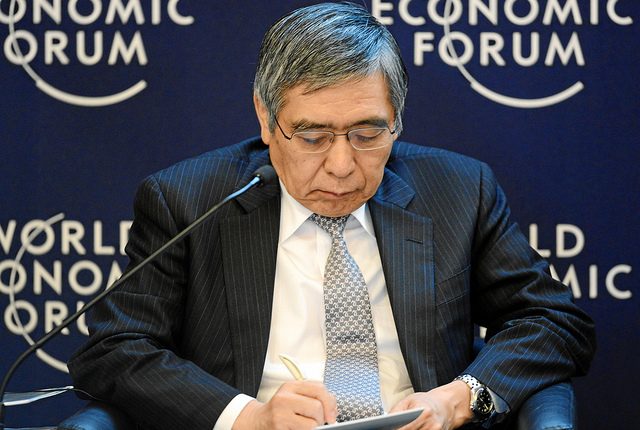 On Monday, the USD/JPY pair lingered in the 107.80 area as BOJ (Bank of Japan) analysts and officials maintain their prior “no intervention” decision regarding the monetary policy. There is although a new addition to the team of supporters in the person of the ex-BOJ official Shirai, who stated that the bank has little to no room for further easing and, in addition, the measures might not be even able to stop the YEN fluctuation. Looking at the charts, we can see that the pair hit a daily low of 107.63 on Monday morning, but after started to trim its losses by going up in the 107.80 area and closing there.

On Tuesday, we can see the AUD/USD pair extending its gains above the 0.76 handle in the early Chinese session as the Australian index comes higher than expected. The NAB (National Australian Bank) Business Confidence Index doubled from last period’s 3 to 6 in the present, while March’s business conditions figures reached 8-years high, posting 12 versus a previous 8 in the month of February. Also, the upbeat tone in the Aussie is supported by the improved risk environment around the Australian and Japanese equities.

Also on Tuesday, UK’s ONS (Office for National Statistics) released the latest cost of living figures, as per the CPI (Consumer Price Index) evolution. To the hike in transportation costs, the cost of living went up more than expected. The CPI posted 0.4% on a monthly basis and 0.5% year-on-year, while the estimation was of 0.3%, respectively 0.4%. Core inflation (excluding volatile prices like food and energy) rose to 1.5% on a yearly basis compared to a February reading of 1.2% and an estimation of 1.3%. The transport costs alone added 0.14 pp to the yearly change. From the transportation costs, the main spike was in the airfare sector and it was due to the early timing of Easter this year.

Crude oil prices went up during yesterday’s New York session, with the WTI (West Texas Intermediate) barrel posting more than 3% in gains as Russia and Saudi Arabia stroke a deal regarding the output freeze. US Crude went up to new year-to-date highs at $41.94 per barrel, to close the session slightly under this value. At the moment of writing, oil was trading 3.5% up for the day at $41.78. The trend is supported also by the EIA’s (Energy Information Administration) rise in forecasted demand for 2016 and 2017.