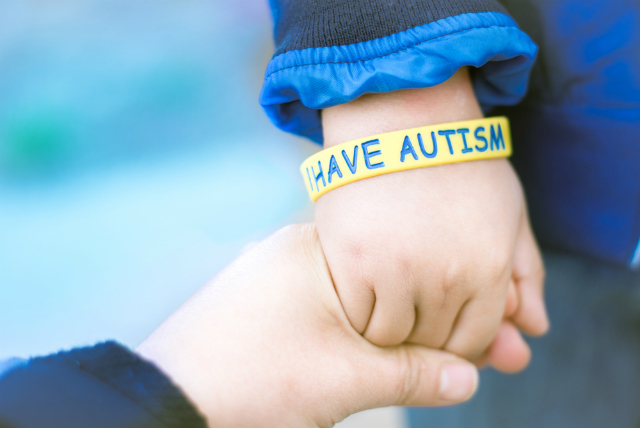 April 2nd was established as the World Autism Awareness day since 2008. The increasing rates of diagnosing Autistic Spectrum Disorder (ASD) in young children reinforce endeavors of associations and organizations around the world for raising public awareness about autism.

Some researches suggest that 1 in 50 or even 1 in 45 children receive the diagnosis of ASD. However, Centers for Disease Control and Prevention in 2013 publicized that 1 in 68 children have been identified with ASD.

The reasons of the prevalence increase are not well known yet even though there are various assumptions. One of the suggested reasons is the availability of resources and tools for detecting and diagnosing autism more precisely than in the past. Subsequently, the age of diagnosis also changed. Comparatively, twenty years ago the mean age of diagnosis was approximately around age five while today many children are being diagnosed around age two and in some cases even earlier.

Autism is a neurodevelopmental disorder which with simple words means interfering with a child’s development and is evidently interrelated with how the brain develops and functions. It is characterized by a spectrum because it is a big continuum from very low functioning to very high and talented individuals. To illustrate, some children may not talk at all, whereas other children with ASD may have very sufficient productive language and even be able to engage actively in conversations with others.

Beyond the variation of symptoms among individuals with ASD, there are some common areas of deficits/difficulties. These areas, based on the revised Diagnostic and Statistical Manual (DSM V, 2013), are composed of two big umbrellas; social communication, and restricted interests and repetitive behaviors.

Additionally, social communication refers to both verbal and non-verbal skills whereas some children may have severe deficits but others may struggle with some aspects of it like understanding the ‘hidden cues’ from facial expressions and body language when interacting with others.

To clarify, though, severe autism does not mean the child cannot be emotionally connected and form strong social attachments with people around them, but it means it needs time, patience, understanding, effort and appropriate interventions to help him do so.

On the other hand, restricted interests and repetitive behaviors refer to the tendency of people with ASD to have inflexible routines or sometimes rituals, stereotyped and repetitive motor mannerisms like hand-flapping, jumping and more. Moreover, this category includes preoccupation with an object or part of an object, like the wheel of a car toy. Additionally, special interests about a topic or subject and focusing their attention on it, is another part of this category. For instance children with ASD may have great interest in animals, numbers, dinosaurs and are able to memorize every little detail regarding their interest.

[Tweet “Autism is a different way of thinking, functioning and viewing the world! “]

Children with autism may insist and sameness and show distress over slight changes in their environment or their schedule.

Yet, a child with autism may struggle with a variety of challenges; the coin always has two sides. Thus, some strengths of children with ASD would be their persistence to continue where someone else would stop, memorize capacity of lots of information especially on their specific interests, perfectionists which is a strong feature when it comes to technology and science, and some people with ASD may have above average intelligence.

In the end, autism is a different way of thinking, functioning and viewing the world! It’s not wrong…it’s just different!

Occupational Therapist ; Sensory Integration Therapy; MA in Educational Studies (2011).
In 2015, she started her Ph.D. studies at University of Missouri, St. Louis with research, focused on Autism.

Janet Yellen in focus – Will the hawkish fed speak continue?

Orbex Lights It Up Blue!