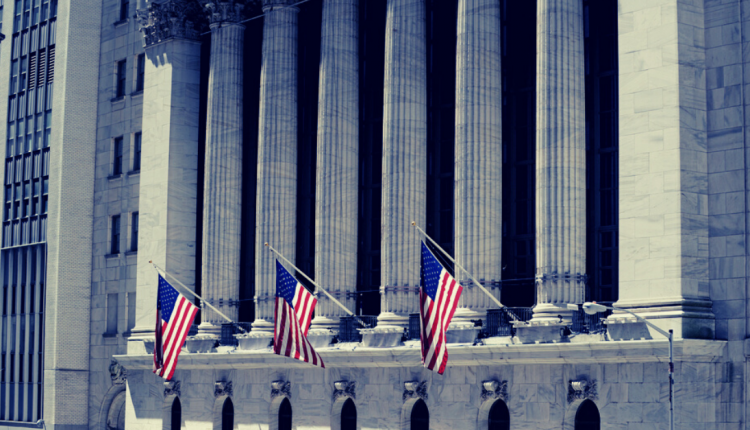 Every year, four members of the FOMC rotate out. The governors who were their alternates then join the committee as voting members. Because members are so well studied, the market has a good understanding of their bias in favor of easing or tightening policy. This routine, regular transition can change the bias on the committee, and in turn, change the outlook on the policy that drives the markets.

Something similar happens in the ECB but to a lesser degree of change.

Now, of course, because of covid we already expected the Fed to be biased towards easing. But looking over who is leaving and who is coming in, there appears to be a bit of a larger shift than before. There is also another element that makes this particularly relevant this time around:

For years now the board hasn’t had its full complement of governors, as Congress has been slow to approve nominations. Partially this has been because the Senate has been concentrated on other appointments, and secondly because President Trump’s nominees have been quite controversial.

Political shenanigans aside, Trump is notoriously in favor of easing, and his nominees have shared a similar view.

Of the two open positions on the board, Trump has managed to secure the confirmation of Christopher Waller, a noted dove. It is unlikely that the final position will be confirmed before January 20, but it would only deepen the bias.

Who’s In and Who’s Out

To summarize the changes:

Of the eighteen members sitting next year, there will be no hawks, two doves, and a plurality of dovish members: 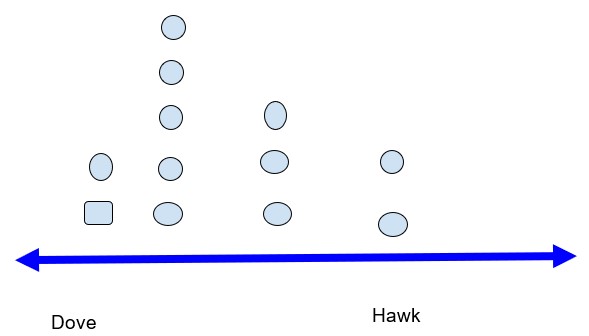 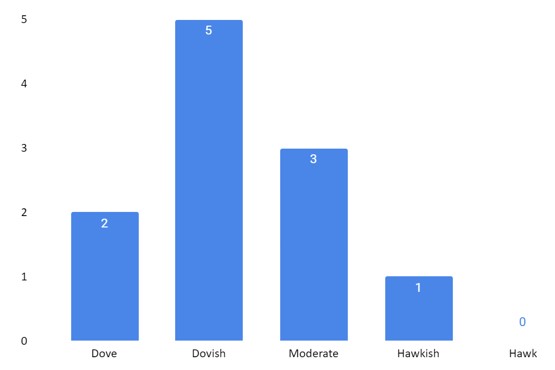 What Does This Mean for the Markets?

The composition of the Fed’s governing board is known quite a long time in advance, so the change is likely already priced in. However, we could expect the market to rely on a dovish bias from the Fed for the rest of the year, which would likely weaken the dollar and support the stock market.

Should Biden get around to nominating a member (also unlikely, as there are other priorities), they are also likely to deepen the easing bias.

That is until 2022 when the situation shifts in the other direction.