Another Round of Stimulus from ECB? 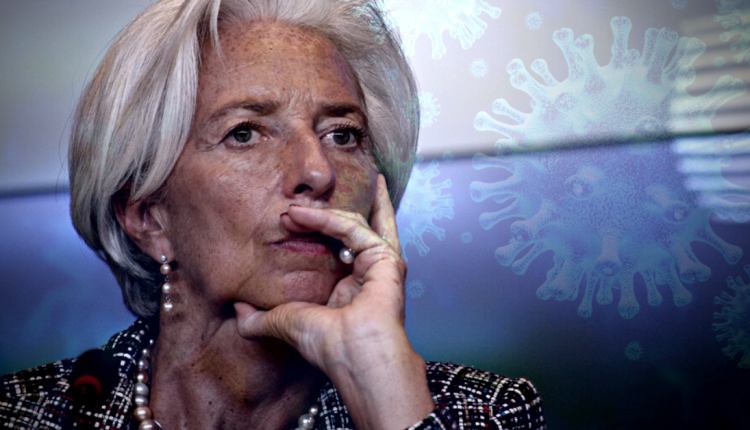 Among major economies, the Eurozone has been done the least in terms of government stimulus spending.

Even at the level of the member states, stimulus spending has been comparatively low.

We’re still waiting on an agreement on the first stimulus spending program on the Union level. And at €750B, it’s relatively small as a percentage of GDP compared to other countries.

So, stimulus in the Eurozone has relied largely on support from the ECB.

We are heading into the winter with extended periods of lockdowns still expected until the vaccines are available.

Retailers are struggling after being forced into closures during key shopping months ahead of holidays. There are also increasing calls for authorities to do more to support the economy during the upcoming months.

All this is likely to fall on Lagarde’s shoulders at the last meeting for the ECB this year.

There is a unanimous consensus that the ECB will keep rates where they are. That’s not the issue.

What we do expect is a barrage of new measures to help boost the economy ahead of the official start of winter. These will be somewhat of a stopgap until the budget is finally approved.

Here are some of the potential announcements:

1) There is a pretty strong consensus that the ECB will decide to increase PEPP buying (Pandemic Emergency Purchase Programme) by a further €500B. This will bring it to a total of €1.85T.

They could also extend the duration of the program to the middle of 2022. The market has already priced that in, but it would still likely be supportive of risk sentiment.

2) There isn’t as much consensus on this point, but it’s possible that the ECB might extend the range of bonds that it could buy. This includes so-called “fallen angels” corporate bonds.

This would be unexpected. It would help support European stocks, but might have a bit of a drag on the euro.

3) We might expect the bank to adjust the TLTRO program. This would be in an effort to boost bank lending and allow using mortgages for securitization.

This is a more controversial proposal and we’re not considering it to be likely.

But if they do announce it, this would also likely support stocks.

4) Finally, and something there is more consensus on, an expansion of the regular QE program (called APP)

What’s Not Likely to be Mentioned

Ever since Chief Economist Haldane voiced concerns over a strengthening euro several months ago, there was speculation that the ECB would step in to address the issue.

It is relevant to price stability, as a stronger euro lowers the cost of buying imported goods and undermines efforts to reach inflation targets.

Until recently, the 1.2000 handle in the EURUSD was seen as a “red line” for the ECB, but that was passed without comment.

But, while there is a possibility, it’s not so likely because the ECB is not really worried about too little inflation at this point.

A higher euro might offset some fears of a rebound in inflation as a response to stimulus spending. And Lagarde is likely to want to put her foot down in terms of leadership, to keep that issue from coming up.

If there is no comment on the exchange rate, it might give euro bulls some incentive to push the currency higher after the press conference.