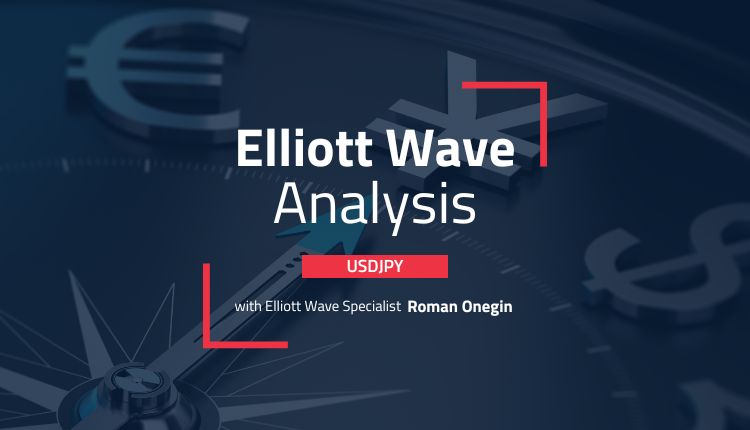 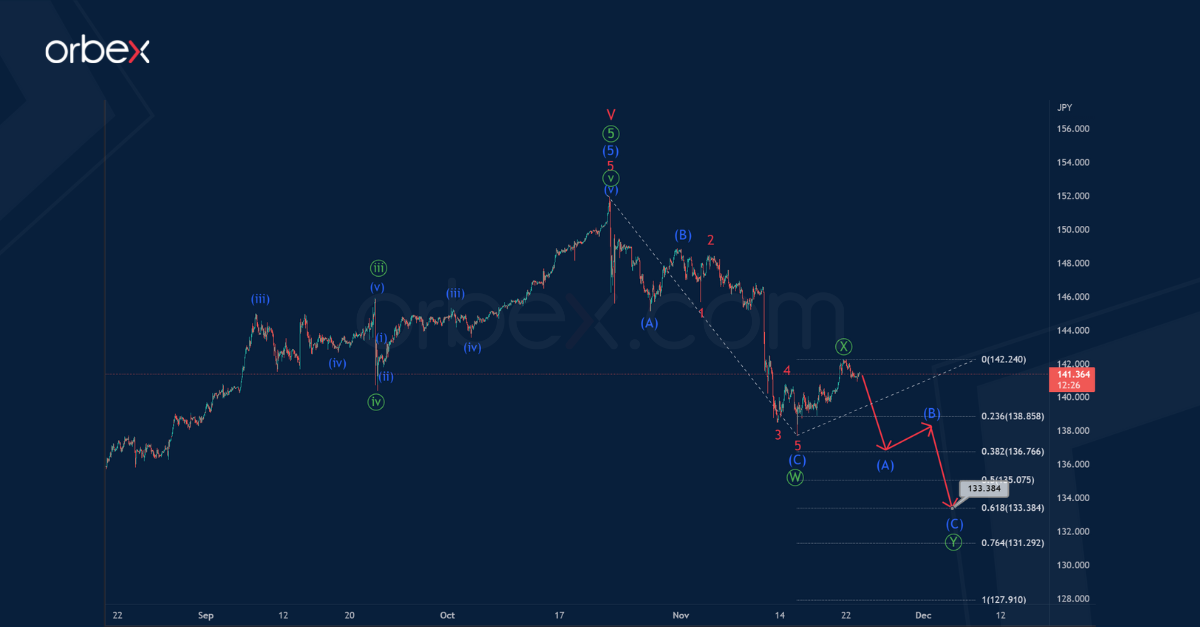 The chart of the USDJPY pair shows a global cycle impulse pattern recently ending. Then a decline in prices and the formation of a new bearish trend began.

A bearish double zigzag of the primary degree Ⓦ-Ⓧ-Ⓨ could form in the market. It is possible that the actionary wave Ⓦ and the intervening wave Ⓧ have ended. 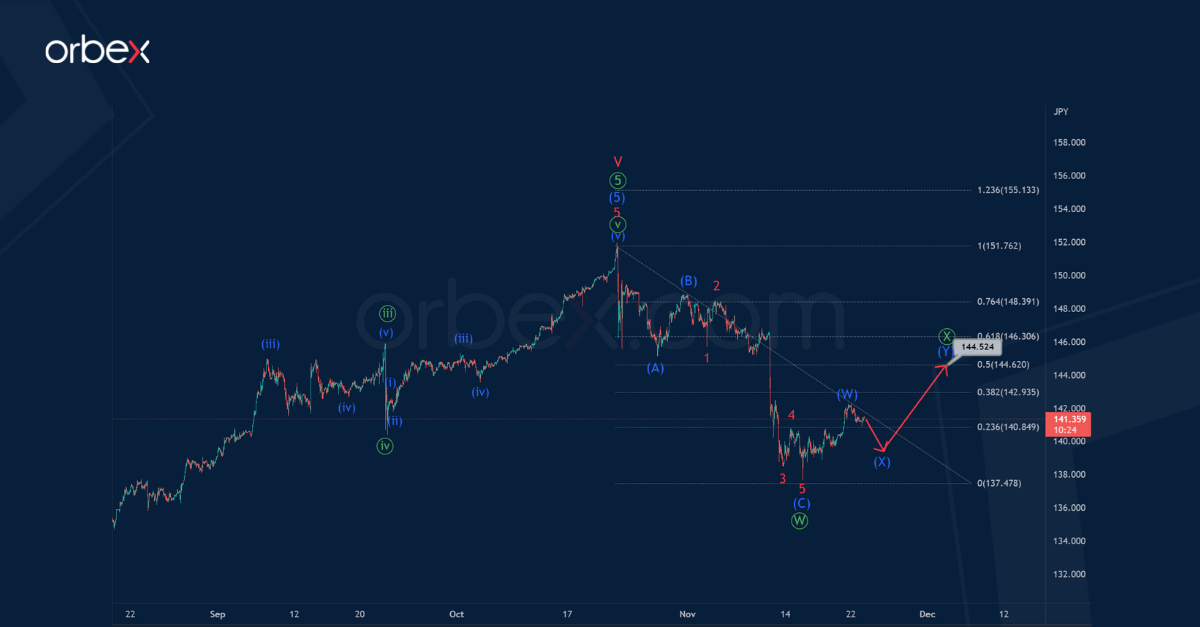 Alternatively, it is assumed that in the bearish double zigzag, only the first actionary wave Ⓦ ended. The intervening wave Ⓧ is still under development.

Perhaps the wave Ⓧ will have the form of a double zigzag (W)-(X)-(Y), as shown in the chart. In the near future, after a slight drop in the intervening sub-wave (X), prices could move higher to 144.52.

At that level, wave Ⓧ will at 50% along the Fibonacci lines of wave Ⓦ.

Test your strategy on how the USDJPY will fare with Orbex - Open Your Account Now.