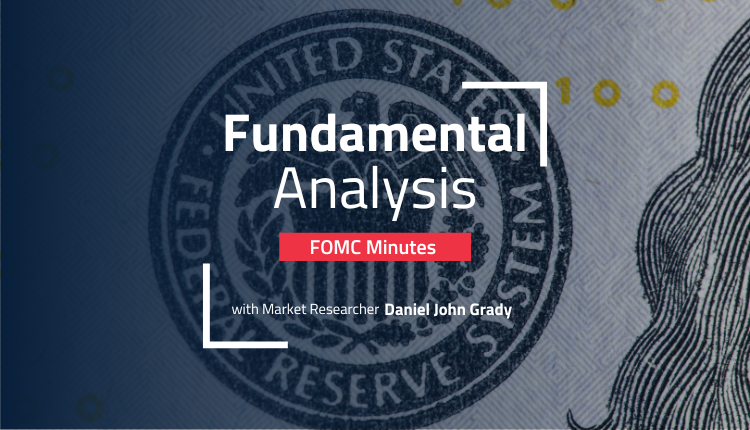 Fed officials have been doing a lot lately to try to convince the market that monetary policy will keep tightening. But, given the general weakness of the dollar compared to just a month ago, it seems the market isn’t buying it. The interesting thing about the release of the FOMC minutes later today is we get a better look into what Fed officials were saying internally. And see if it matches their more public, hawkish tone.

It’s not all straightforward though. Given how the markets reacted to the CPI figures, there seems to be a lot of pent-up optimism. That means many traders could prefer the more positive interpretation of what the Fed might say. And there is a lot of commentary in the Fed minutes to go over, giving lots of opportunities to find dovish snippets for those inclined to believe that.

It’s not the first time

In the past, it’s been something of a rule of thumb that the minutes are a bit contrarian to the policy statement right after the meeting. So, if the statement was dovish, the minutes usually are interpreted as more hawkish, and vice versa. This is more a product of survivorship bias. That is, because the statement is intended to be interpreted in a certain direction, the opposing facts are left out. But they remain in the statement.

To better illustrate this, let’s suppose that the FOMC discusses whether or not to raise rates. That discussion for and against will be in the minutes. But when they decide eventually to raise rates, then all the reasons for raising rates will be put in the statement – but not the reasons against. Then, when the minutes are released, the market already heard the hawkish comments in the statement. But the remaining dovish statements are seen as “new”.

What that means this time

We have to remember that after the last meeting, the initial reaction in the market was to take the statement as rather dovish. It wasn’t until Powell’s presser later in which he said that interest rates were likely to rise more than the market was expecting, that the markets took the result of the meeting to be more hawkish.

So, if the minutes are going to be contrarian, then it would suppose that the initially perceived dovish statement would imply a more hawkish interpretation of the minutes to be released later. Also, this time around there is no press conference with Powell to double down on the hawkish comments.

The thing that the market is probably going to hang its hat on is something that Fed officials have been talking about in the last few weeks. That’s a theory that it takes at least a year for monetary policy to influence inflation. The Fed has been front-loading policy with its hyper aggressive rate hiking. The statement even alluded to this, mentioning the lag between the policy and the intended effect.

What this means is that the Fed might not have to see inflation to come down significantly closer to target to ease up on the tightening. That’s why the initial statement was seen as dovish. The context of this could be the main point from the minutes. Whether that was more of an academic discussion (and policy will keep tightening), or it was seen as part of potential rate decisions in the future (and policy might not tighten as much as Fed officials are trying to get the market to believe).