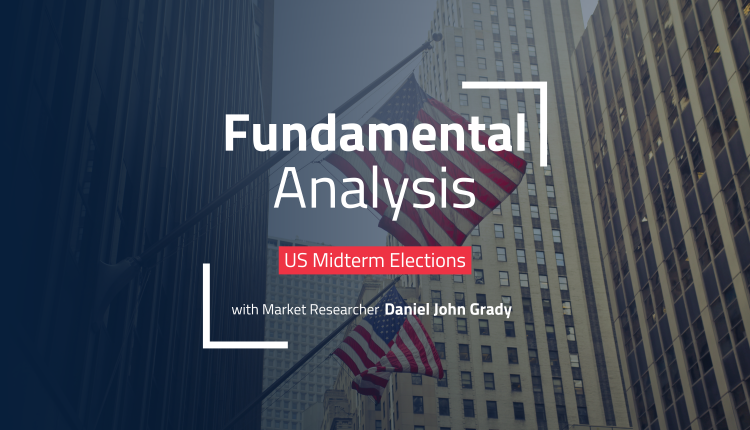 So, the political fortunes of the country would be expected to have global repercussions. Particularly when considering that both parties up for election have significantly different fiscal policies. Pollsters have been pointing out that this election hinges around a factor that can have major implications for forex: Inflation.

Traders ought to be wary around the election season and letting political preconceptions get in the way of predicting the market. Infamously, George Soros made market bets back in 2016 with the election of Donald Trump which led to a loss of over $1B. It’s not just who wins the election, but what they actually enact subsequently that drives markets.

According to pollsters, the likely outcome of the election is for Republicans to take control of the lower House. Control of the Senate is still seen as a toss-up, with many key races being very close in the polls. But, opinion polls have been wrong in the past, leading to some important surprises. We should remember that Democrats have control of the Senate by a minimum of the Vicepresident casting the deciding vote. In the House of Representatives, they have a majority of just 8 (it was 7, but two Democrats resigned and one Republican died since the last election).

The most likely result, and what markets are expecting, is for a “split government”. Typically, whichever party holds the Presidency loses seats in the midterms. Since Joe Biden is a Democrat, history suggests that Republicans will do better in the elections tomorrow. That would imply a “split government” or a “lame duck President”; where the Executive is controlled by one party and Congress by the other.

Also going by history, markets tend to like it when there is a Democrat President and a Republican Congress. That was the situation though most of Obama’s term, and of Clinton’s term. The S&P 500 rose 73% and 181% respectively. Between those periods (in which Republicans had control, Democrats had control, or it was split with a Republican President and Democrat Congress) the S&P 500 was virtually unchanged.

These trends, however, manifested over a long term. In fact, the stock market fell initially when Republicans took control of Congress in 1994 ahead of its meteoric rise over the next seven years. Given the trends in the polls, investors have already positioned themselves ahead of the expected results.

The main issue that could drive Fed policy and the prospect for the dollar is inflation, largely driven by increased spending. In the past, Republican Congresses have tried to hold the Democrat presidency in check by constraining spending. In order to get social policy through, the Democrat president had to negotiate on regulation, which helped increase productivity. In other words, the bigger the Republican margin of victory, the more likely inflation will be brought to heel. It increases the potential for a sharper, albeit shorter, recession.

If there were a surprise, and Democrats somehow managed to retain control of Congress, it would likely increase bets for more government spending and inflation.

Gold Hits Monthly High, But for How Long?