Is China “Reopening”? The Forex Impact 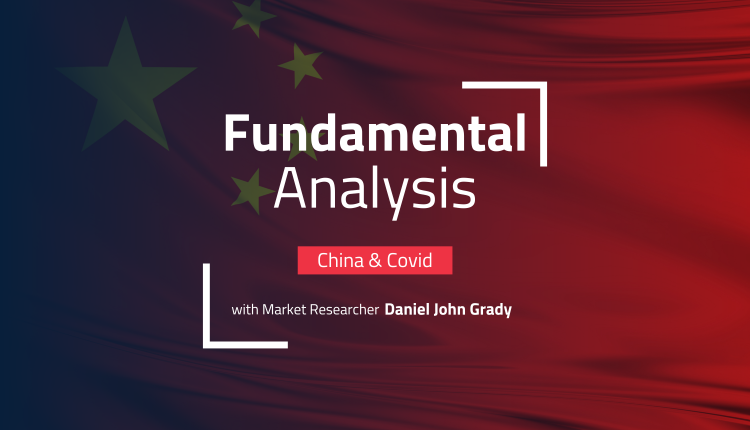 China’s covid policy hasn’t led to a nation-wide lockdown, so it’s more of a metaphor to talk about “reopening”. However, the economic impact from a shift in the current zero-covid policy could be seen as a parallel to when other countries “reopened” in 2021 (and then were subject to renewed restrictions with the omicron variant). More importantly, the change in policy in China is expected to have global implications. So far, changes haven’t been officially confirmed, so here are some things to keep in mind ahead of any possible changes.

Overnight, there were unverified twitter reports that the Chief Scientist at China’s CDC Zeng Guang had said that economic development would be prioritized over covid prevention. This followed prior speculation about when China would pivot away from zero-Covid policy. Reports circulated earlier in the week that China had formed a commission to revise policy related to coronavirus, but that policy wouldn’t change until March. Note that in March is when the new leaders appointed following the last CCP Congress take office.

It was also reported yesterday that Chinese officials were modifying how covid restrictions were communicated in order to reduce the impact. Reportedly, officials were privately talking to certain businesses and locations to curb covid spread, instead of making broad public announcements.

But they are still rumors…

Chinese health authorities are scheduled to hold a press conference on “targeted covid prevention” tomorrow. Many speculate this could be an opportunity to announce either a new policy, or to tweak existing policy in a way that would substantially reduce the economic impact.

There had been rumors for a while that China could start relaxing covid measures after the CCP Congress, but that didn’t materialize. As of yet, there hasn’t been any confirmation that a change in policy is imminent, though that might come as soon as over the weekend.

China’s economy has been significantly impacted by a combination of the zero covid policies and the near collapse of the housing market (which is also attributed to issues around covid). The mere rumor that restrictions could be lifted in a few months’ time sent markets in China shooting higher.

The rolling lockdowns created uncertainty around which industries and areas might suddenly be affected, slowing investment. A formal acknowledgement that zero-covid would be replaced with a policy that did not include lockdowns would likely substantially support the Chinese economy – and increase demand for imported goods, particularly from Japan, New Zealand and Australia.

Slowing growth in China is one of the factors contributing to an expected global recession in the coming months. That contributed to lower oil prices, as well as other commodities. But a return of consumer demand could give China similar headaches as other countries: rising inflation and the need for the PBOC to start tightening policy.

With the housing market already in trouble, higher interest rates could make the internal economy a little shakier. But increases in productivity could help global supplies. And the stronger yuan could support increased imports of raw materials.

The Week Ahead – Assertive Fed keeps risk appetite at bay