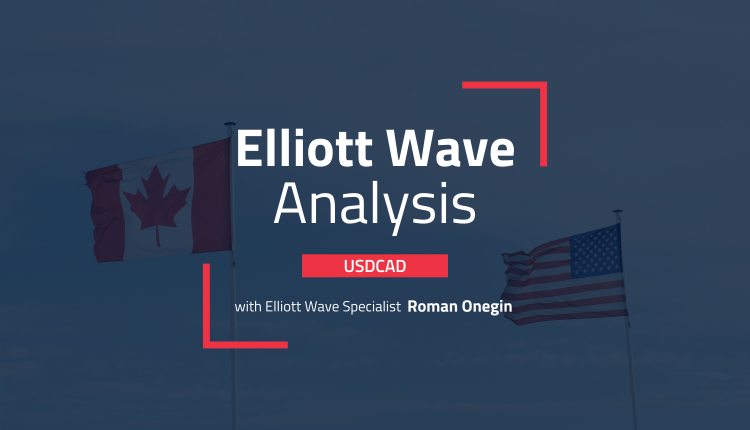 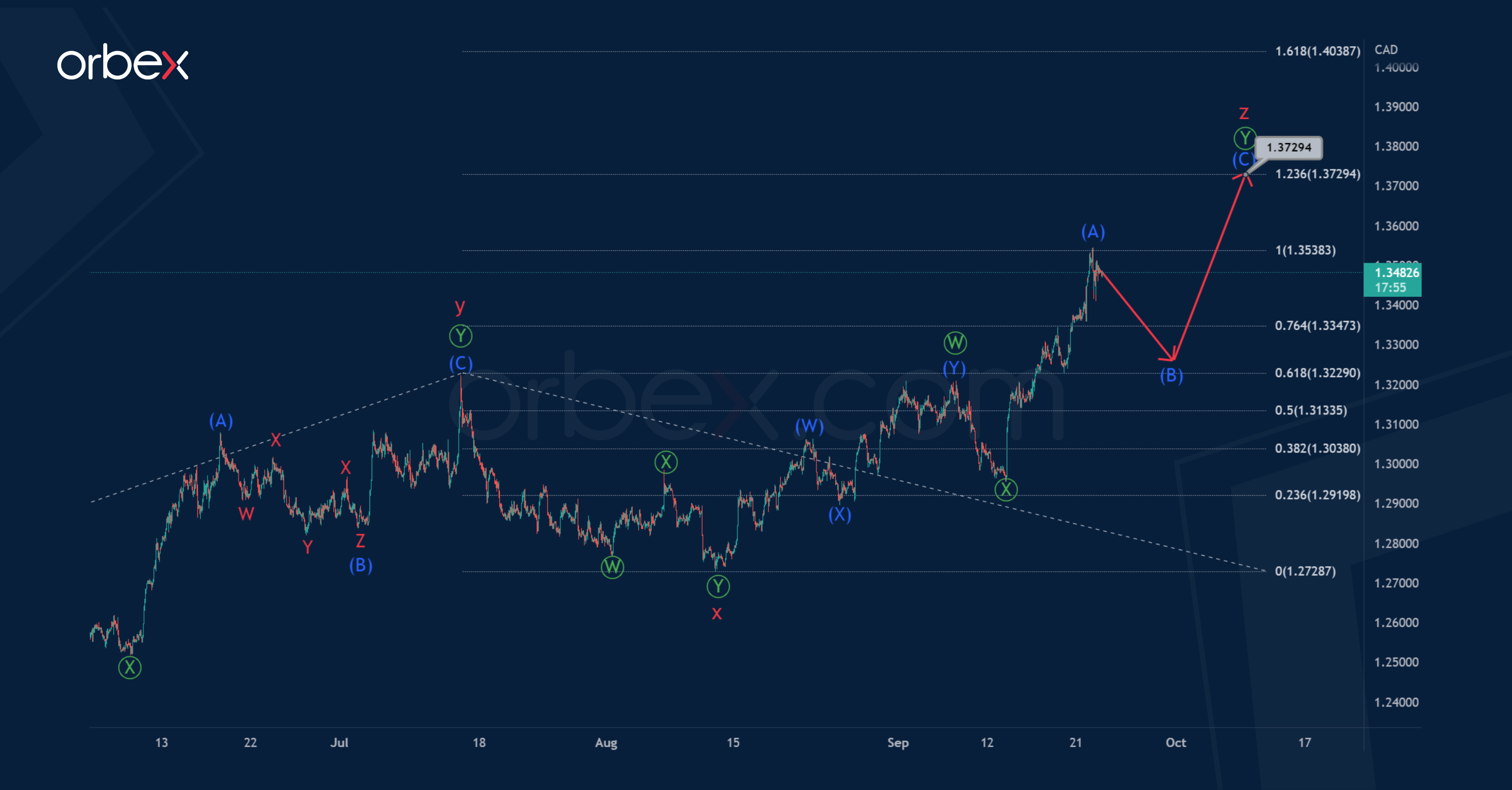 The current USDCAD timeframe shows the internal structure of a large correction pattern. This most likely takes the form of a cycle triple zigzag w-x-y-x-z.

The final wave z takes the form of a primary double zigzag Ⓦ-Ⓧ-Ⓨ, where the sub-waves Ⓦ-Ⓧ have already ended.

Thus, the last actionary primary wave Ⓨ could be under construction at the moment. 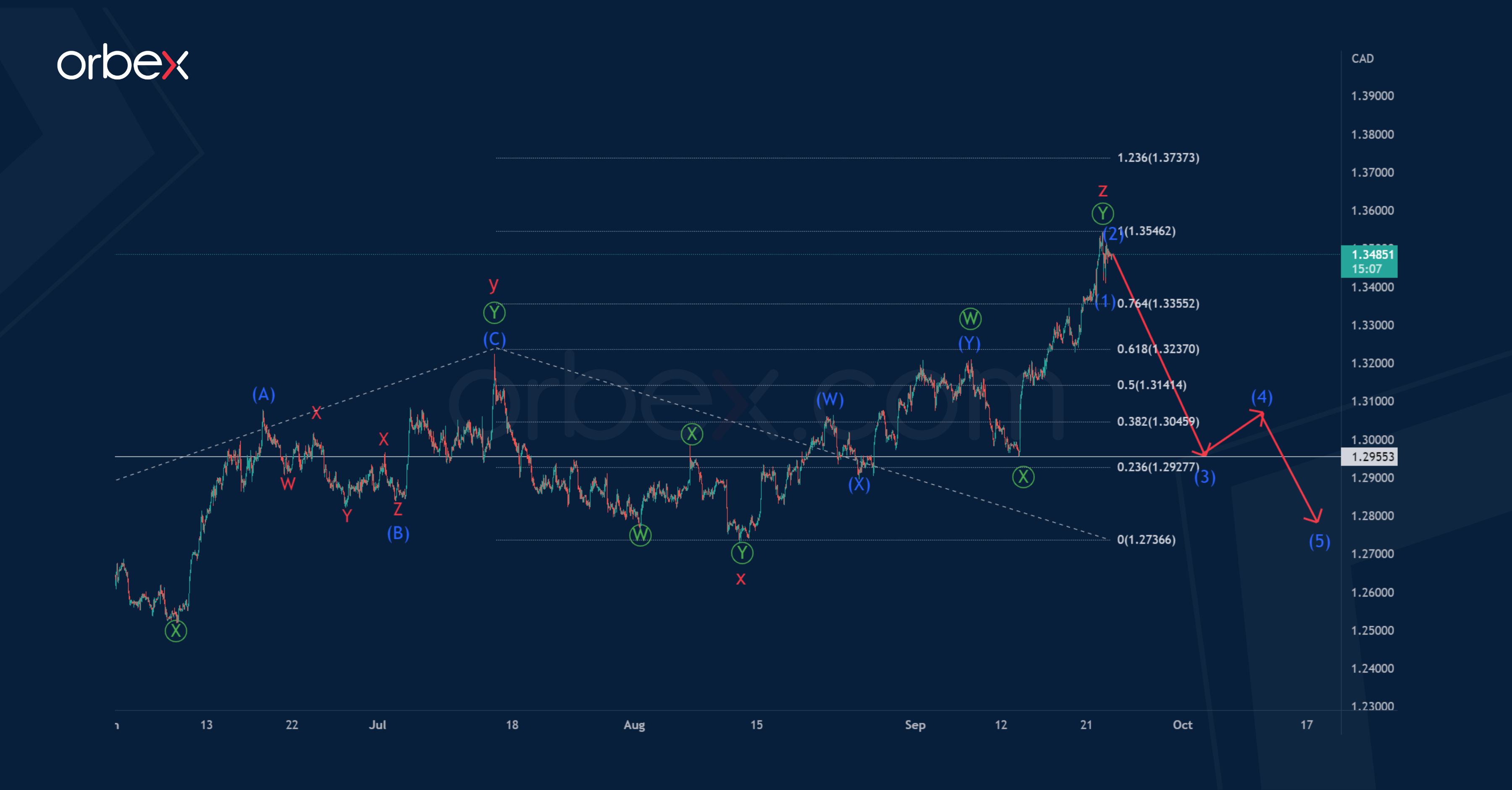 According to an alternative scenario, the formation of a cycle triple zigzag could have ended. Therefore, let’s assume that the initial part of a new bearish trend is beginning, which would form an intermediate impulse (1)-(2)-(3)-(4)-(5).

It is possible that the impulse (1) and bullish correction (2) have ended, with now a decline in wave (3).

The target for bears is at the level of 1.295. This is the previous minimum, marked by the primary intervening wave Ⓧ. After reaching this level, a small corrective rise is likely within the bullish correction (4).

Fed Hikes Rate, BoE Next Up!