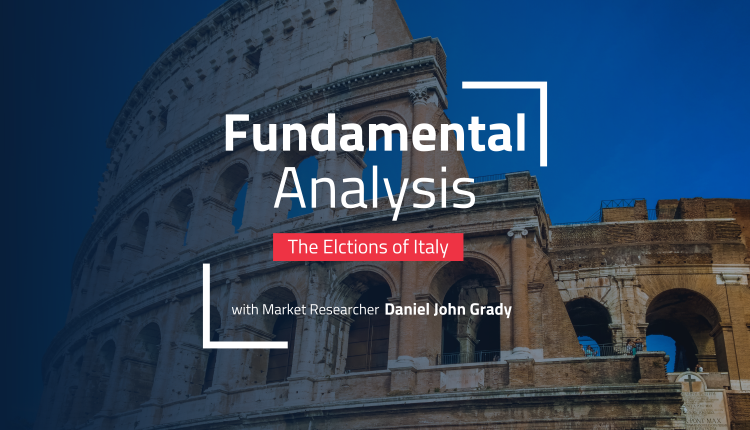 Italy goes to the polls on Sunday, with results expected through the course of the morning of Monday. Polls are showing a pretty strong lead for Brothers of Italy leader Meloni, so it’s unlikely there will be a surprise with the electoral outcome. But, as far as the markets are concerned, a shift in the way Italy’s finances are managed and how it relates to the Euro could have an impact on the shared currency.

Who is likely to be PM is known, but who will be finance minister is another open question. While the three right-wing parties held a joint rally to close their election campaigns, the leaders put on a show of unity ahead of the polls. But there are still rifts between them, and some rather large egos that have already brought a previous government to a premature end. Negotiations for who will hold which ministers could end up showing the first cracks in the coalition.

Italy is the third largest economy in the Eurozone, but it’s the largest in the so-called “periphery”. Italy has had a contentious relationship with Brussels for years now, particularly over the issue of government finance and debt levels. The financial situation has only gotten worse since covid, and accelerated with the gas crisis. For now, the issue of how much money the Italian government is spending has been mostly ignored, but not forgotten. Particularly, apparently, among Italians who seem to be warming to the Euro-skeptic rhetoric of the lead candidate, Meloni.

Italy has a debt-to-GDP ratio of 150%, nearly triple the Maastricht criteria. Italy’s government deficit last year was 7.2%, well over double the 3% limit of the criteria. Italy’s ability to service that debt is increasingly questionable as interest rates rise, particularly in the periphery. Meloni’s confrontational attitude towards the EU is likely to further inflame tensions around the issue as well.

Will the past repeat?

The Euro entered a period of crisis in 2011 driven by a collapse in Greek debt payments. There was substantial worry that it would spread through other periphery countries, such as Spain and Italy. However, a rescue plan was cobbled together, some banks suffered, and the situation was barely averted. The Euro crisis included recessions and talk of a potential breakup of the shared currency.

Italy’s economic situation is worse now than it was then. But not as bad as Greece was at the time. Greek debt lost investor confidence when it was revealed that authorities had misstated economic figures. And the debt-to-GDP ratio was 175%. Greece was not kicked out of the shared currency despite failing almost all the Maastricht criteria, which ultimately allowed more confidence in periphery countries’ loose financials. On the other hand, it apparently also meant that the financial leaders of those countries felt they could get away with less fiscal discipline. To the point that even some Italian banks have not been provisioning as much as their American, UK and even German peers under the expectation that if the economic situation gets really bad, they will get a bailout. Just like in 2011.

While Meloni might be able to convince voters to support her, getting investors to have confidence in Italy might be a whole different question. And by extension, investors might be worried that at least some of the problems from 2011 might appear again.