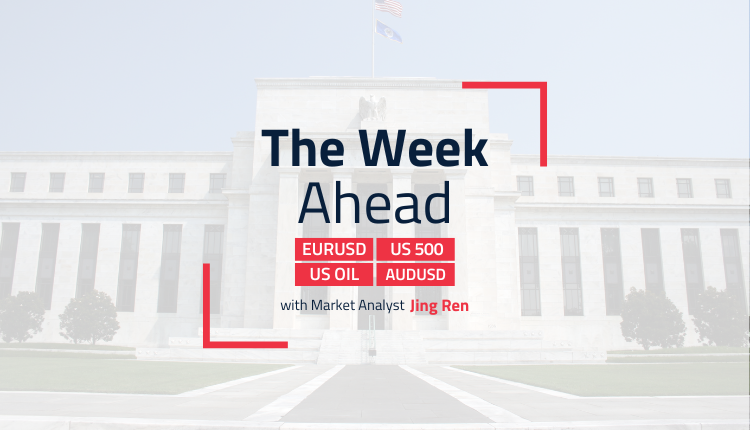 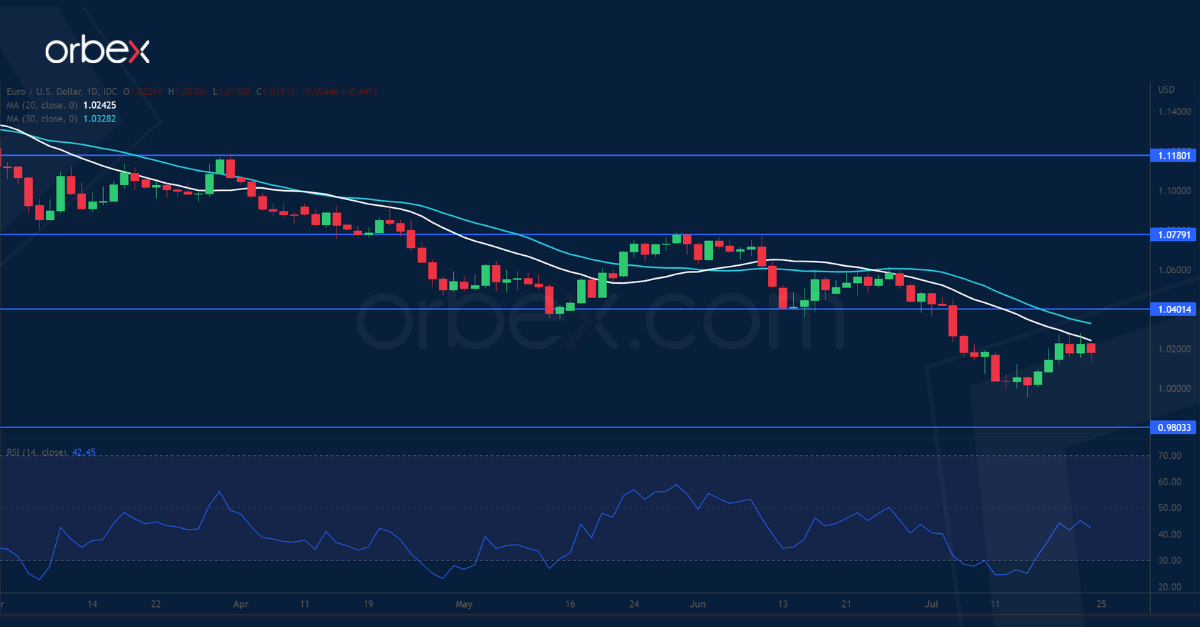 The euro found support after the ECB raised interest rates for the first time in 11 years. Meanwhile, traders have trimmed bets on a 100-basis-point rate hike by the US Fed, triggering a wave of profit-taking in an overcrowded trade. However, the relief could be temporary. A lack of detail on the new scheme to shield peripheral countries from rising borrowing costs has failed to impress. Business and manufacturing activity showed contraction in the eurozone powerhouses, raising concerns that the bloc would be in a worse shape if a recession takes hold. 1.0400 is the first resistance ahead. Further weakness may send the pair to 0.9800. 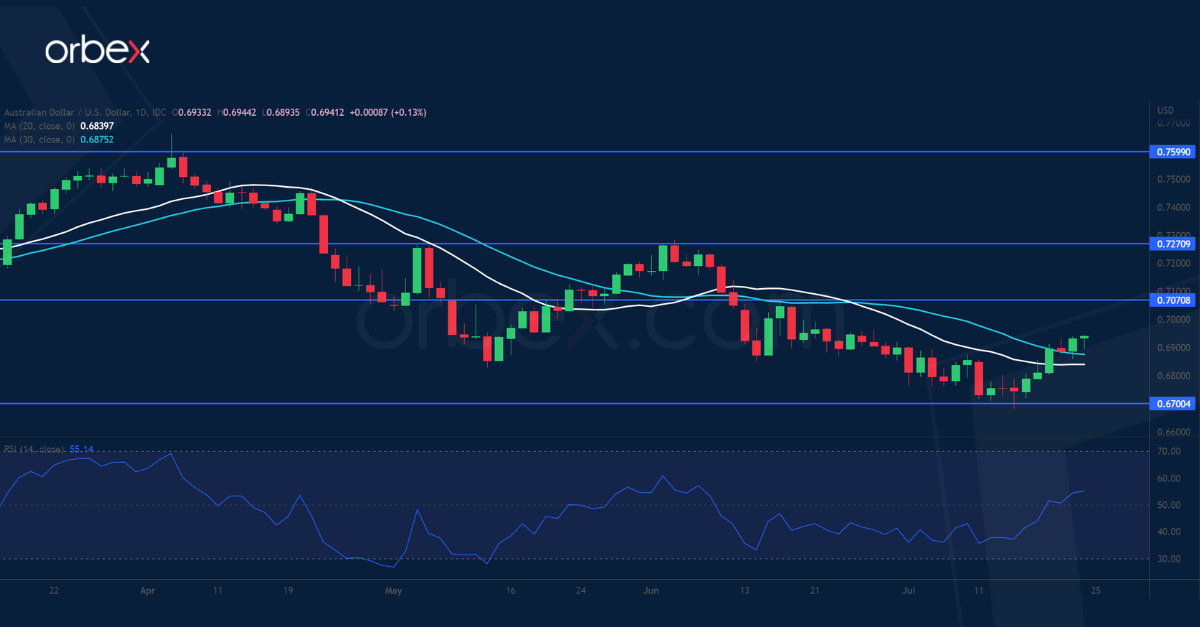 The Australian dollar recovers as risk appetite makes its return. Risk assets clawed back some losses after the Fed soothed fears of larger-than-expected rate hikes. Meanwhile, the RBA could speed up tightening by delivering a 75bp increase in August after Governor Lowe asserted that higher rates were needed. This policy convergence could benefit the aussie in the medium-term. Additionally, the commodity-linked currency may find support after China pledged to safeguard its property sector, lifting prices of iron ore and copper, Australia’s main exports. The pair is heading towards 0.7070 and 0.6700 is a fresh support. 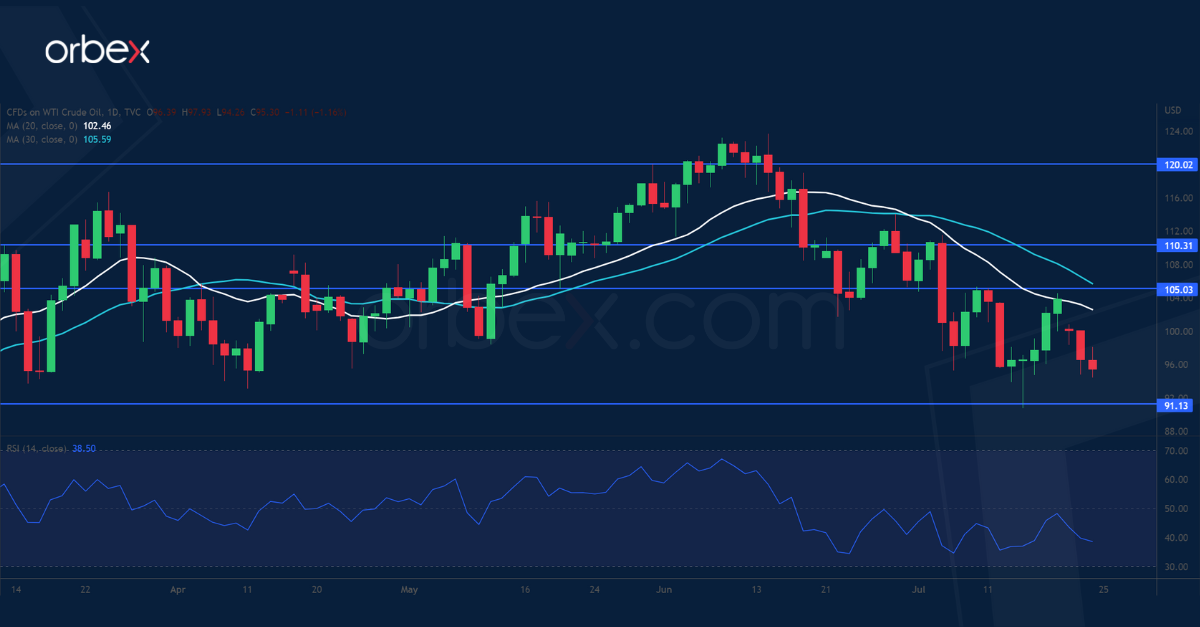 Oil prices fall as the global demand outlook remains uncertain. The West is looking to set a price cap on Russian oil which is likely to cover production costs. As a result, Moscow may not be pushed into a corner and stop its export. After all, squeezing the supply side is certainly not in major consumers’ interest when inflation runs wild. Meanwhile, China’s economy showed a sharp slowdown and grew by a mere 0.4% in the second quarter amid widespread Covid restrictions. Concerns over softer demand for the second half of the year could weigh on sentiment. WTI crude is revisiting 91.00 and 105.00 is a fresh resistance. 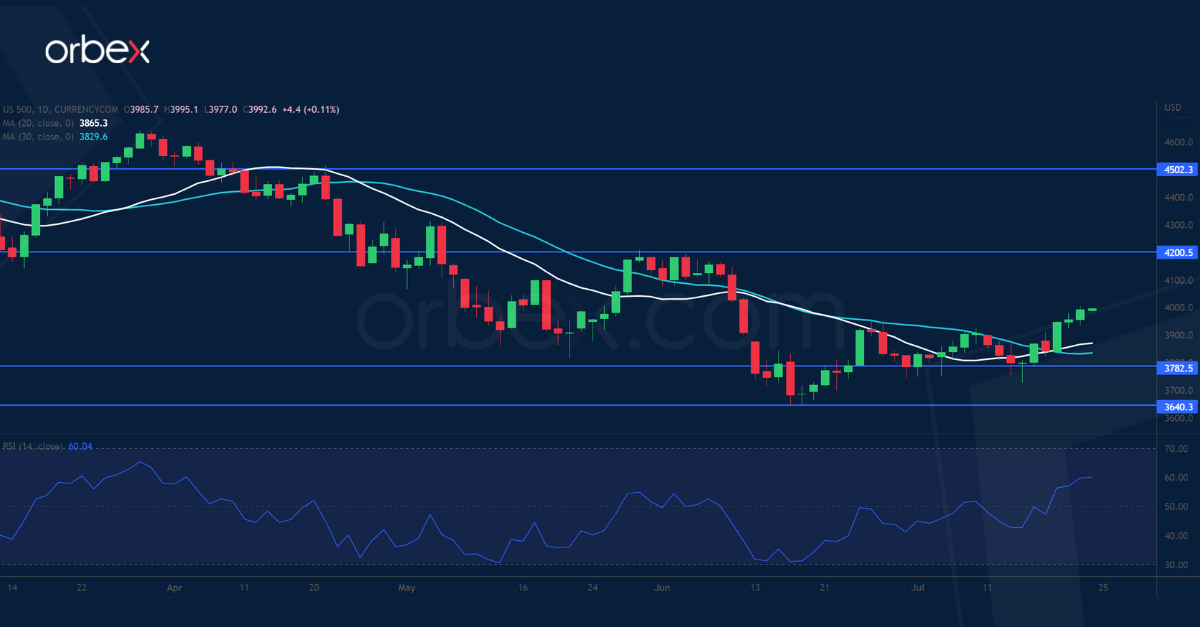 The S&P 500 recoups some losses as the Fed may temper the pace of its policy normalisation. Traders saw a bargain opportunity after some officials signalled a 75bp instead of a full percentage point rate increase at the Fed’s upcoming meeting this week. Optimism is making a comeback as the market hopes to see the end of the inflation tunnel which would allow the central bank to dial down. On the earnings side, better-than-expected aggregate profits eased the fear that the aggressive tightening might have taken a toll on the real economy. The index found support over 3780 and is bouncing towards 4200.

Major Banks Miss Earnings: Why It Matters to Forex Traders