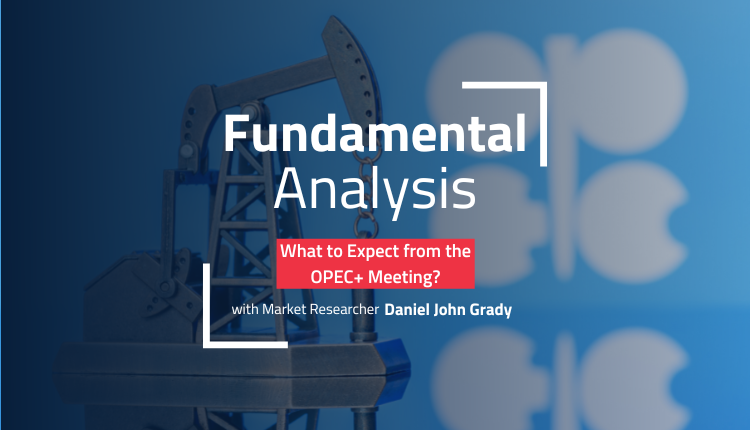 Tomorrow, OPEC will hold its monthly Joint Ministerial Committee meeting, which will issue recommendations for the cartel’s production starting in August. Typically, the full OPEC meeting the next day simply adopts the recommendations of the JMC. So, even though the OPEC+ meeting scheduled for Thursday is the most important, since that’s where the agreement is finally adopted, we could get the market move tomorrow.

This is critical, because the OPEC agreements are for the month after when the meeting takes place. Thursday’s meeting is on the last day of June, but it is technically the “July” meeting, to decide on production for August. In other words, there is no agreement on what to do in terms of production after this meeting.

It is possible for the members to just leave things as they are, with the accelerated increase for August and kick the can down the road. But this could leave markets a little uncomfortable, as it would signal increased uncertainty.

Prior to the last meeting, there was some speculation that OPEC+ would come up with a new production plan. The high price of crude has increased political pressure on members to take measures to curb energy costs. That pressure has only increased since the last meeting, which has led to some speculation that OPEC might agree to a much larger production increase.

So, even if OPEC doesn’t do anything, it could still rile up the markets. But that seems to be the direction the cartel is looking to take. Sources have reportedly said that OPEC+ doesn’t plan to make any changes to production this month. That could be a sign there is substantial disagreement among the members on what to do. Negotiating a new production increase plan would likely be fraught and could lead to substantial uncertainty, just like it did last time.

Another way of interpreting the sources’ remarks, and for OPEC to handle the situation, would be if the JMC issues a recommendation to increase production, but members agree to keep to the current plan until it’s completed in one month’s time. This would allow OPEC+ to fulfil its agreements and provide a heads up to the market about where production will be going in the future. That could also help reduce crude prices and relieve some of the pressure the countries are under. (Such as G7 discussing an oil price cap.)

In summary, the market expects OPEC+ to “reconfirm” its plan to raise production by 648K boepd, but there is considerable anticipation around any comments about what will happen next.