Will the RBA Finally Pull the Trigger? 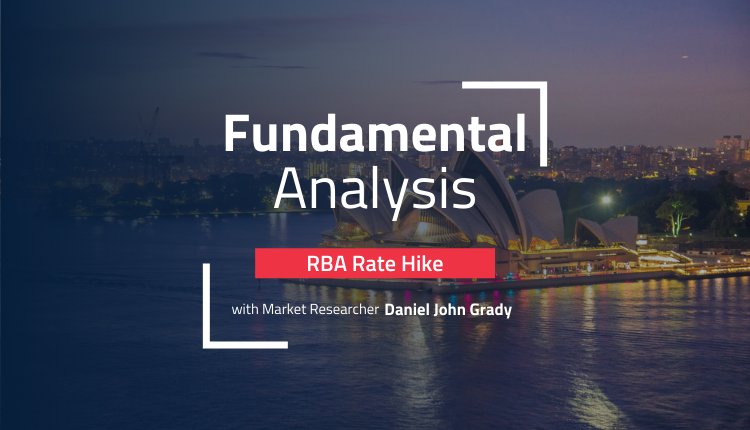 The last time the RBA met, there was a solid consensus that they would keep rates at a historic level of 0.10%. That was based on two main things. Firstly, the inflation data hadn’t been released yet, and secondly, Australia was heading into a general election.

Generally, the RBA doesn’t like to change policy right ahead of the polls to avoid even a hint of political connection.

But for tomorrow’s meeting, the data is already in. Australia’s inflation came in at a level unseen since over two decades ago and in the aftermath of the Asian financial crisis. Housing prices across the country are going through the roof largely driven by low interest rates. So, it’s not surprising there is a chorus among financial institutions urging the RBA to ignore precedent and raise rates at the next meeting.

The market seems to agree, and is pricing in the first rate hike from the RBA since the start of the pandemic. But it wouldn’t be a “full” rate hike, with the consensus being a 15 basis point hike to bring the cash rate to 0.25%. Therefore, the power in the move isn’t so much in the change in valuations, as the signal to traders that the RBA is finally starting to deal with the issue of prices.

In other words, a lot of focus will likely be on the outlook. The consensus is for three rate hikes this year (that is, one “half” rate hike at the next meeting, and two more by the end of the year). This is a much slower rate than the expectation for other central banks that are dealing with similar inflation problems (for example, the Fed could hike rates 7 times this year).

Will the RBA deliver?

While traders are seeing the next meeting “live”, and expecting a policy change, there are reasons to suspect it might not happen. And that’s not just due to the upcoming general election.

From the minutes of the last meeting, it appears that Governor Lowe wanted to have inflation data and job numbers before raising rates. The jobs numbers won’t become available until the 18th. And the general election is on the 21st. That said, the RBA would hold rates for one further month, despite PM Morrison quite publicly saying he was concerned about the prices situation.

Governor Lowe might try to “split the difference” of not raising rates by coming out with a very hawkish statement, and all but promising to raise rates at the next meeting. This would likely disappoint the markets, which are expecting a rate hike.

As mentioned, the major issue for the market appears to be “credibility”. As in, do investors believe the RBA is going to actively fight inflation? Or are they going to find more excuses to keep the accommodative policy in place, to support the economy?

Australia has one of the steepest yield curves among the major economies, reflecting the expectation that the country will raise rates progressively over time. But the benchmark 10-year treasury bond still has a real negative yield, an uncomfortable place for a commodity currency.

Of course, a stronger currency would be a way for the RBA to combat inflation and offset supply chain issues. With high commodity prices, that wouldn’t be so much of a drag on the economy. But concern over China’s ability to keep buying at high prices might cause the RBA to hesitate. And if they do, the Aussie dollar could substantially underperform.

EURUSD The Final Leg of the Contracting Triangle