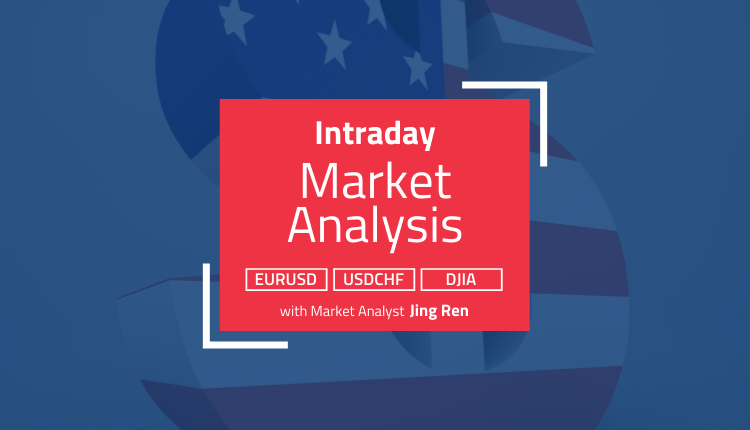 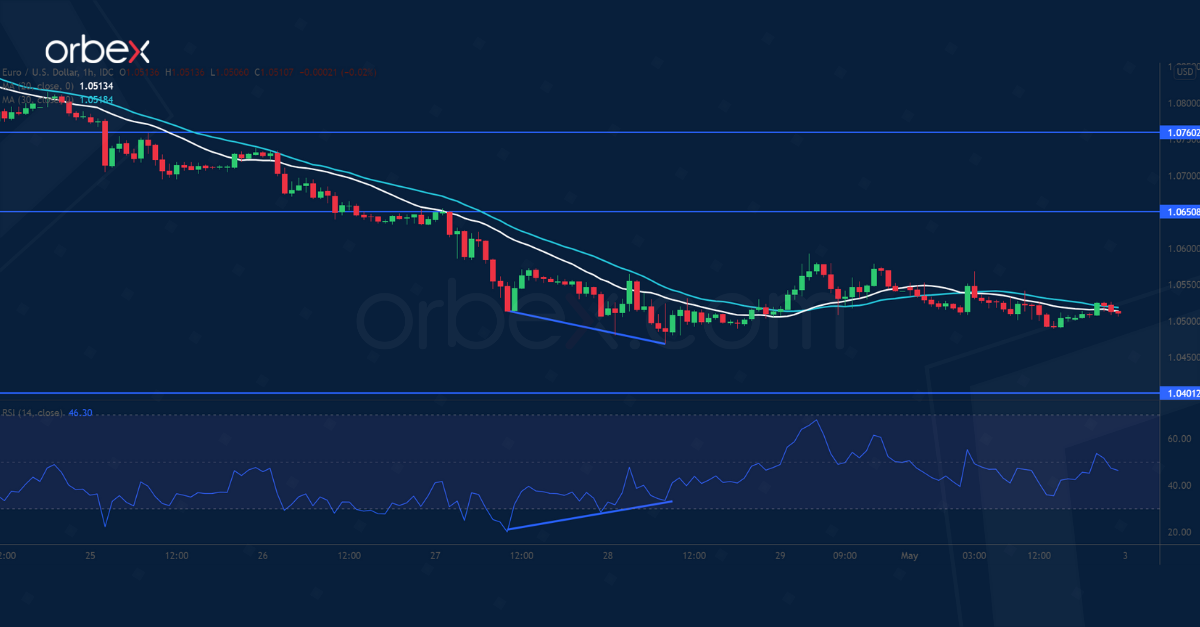 The euro continues to weaken over growth concerns in the eurozone amid the war in Ukraine. A tentative break below 1.0500 further put the euro under pressure.

A lack of rebound suggests that the bears are confident enough to hold onto their chips, while the bulls stay on the sidelines. A bullish RSI divergence shows a slowdown in the sell-off.

However, only a rally above 1.0650 could ease the selling pressure and help turn sentiment around. Otherwise, 1.0400 from January 2017 would be the next stop. 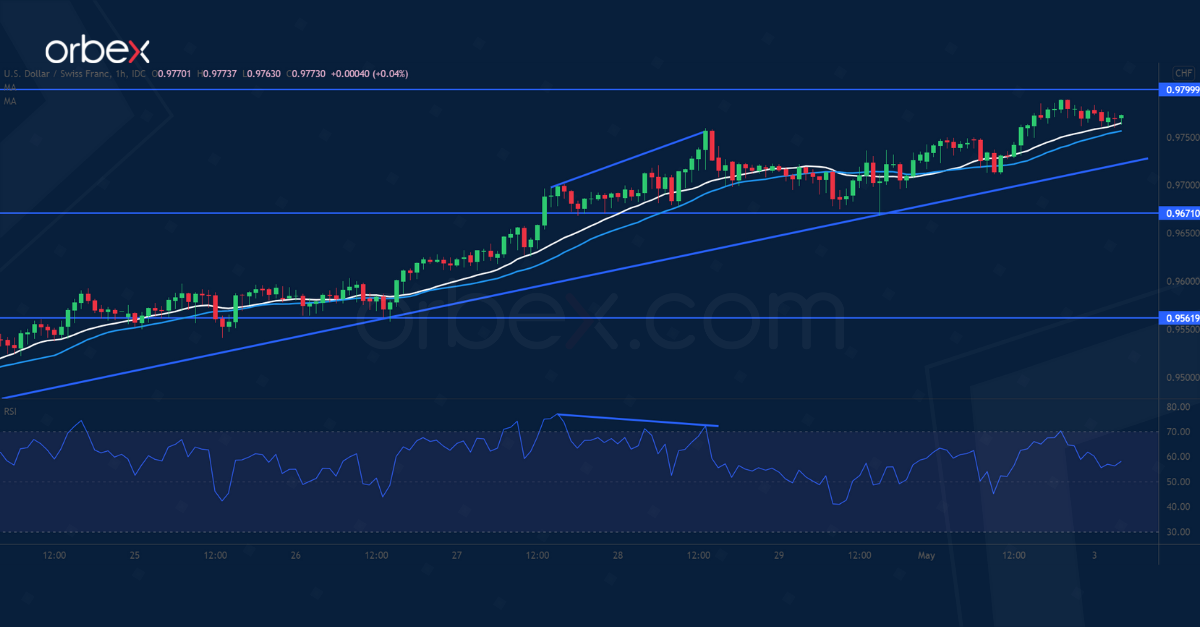 The US dollar rallies ahead of an expected Fed rate hike this week. The pair is grinding a rising trendline and is about to reach a two-year high at 0.9800.

The RSI has ventured into the overbought area on the daily time frame. Meanwhile, the indicator’s bearish divergence suggests a loss of momentum in the parabolic ascent. The pair could be due for a pullback for the bulls to catch their breath.

The demand zone between the trendline and 0.9670 from the latest consolidation is a key area to gauge short-term buying interest.

US 30 struggles for support 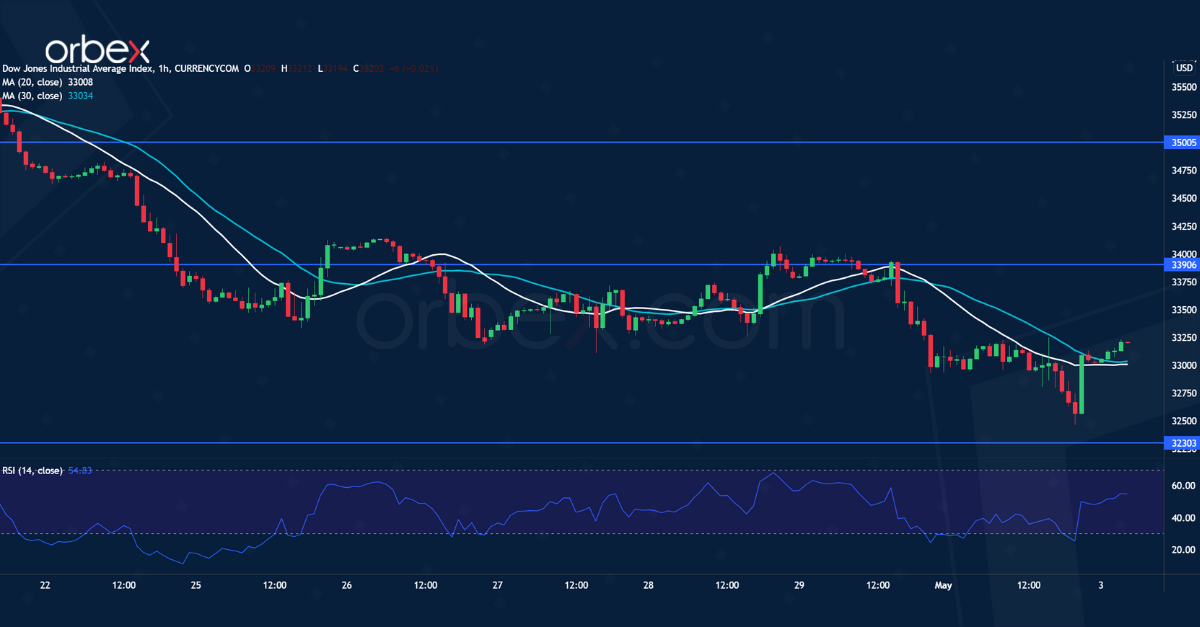 The Dow Jones 30 recoups losses as traders take profit ahead of the FOMC. A break below 33300 forced bulls to bail out and suggests that the liquidation phase is yet to end.

The demand zone around 32700 from March’s rebound is a critical level to test buyers’ resolve. An oversold RSI has attracted bargain hunters, but the rebound will need to clear 33900 before a bullish reversal could materialize.

Failing that, February’s lows around 32300 would be the support of last resort before a deeper correction towards 31000.