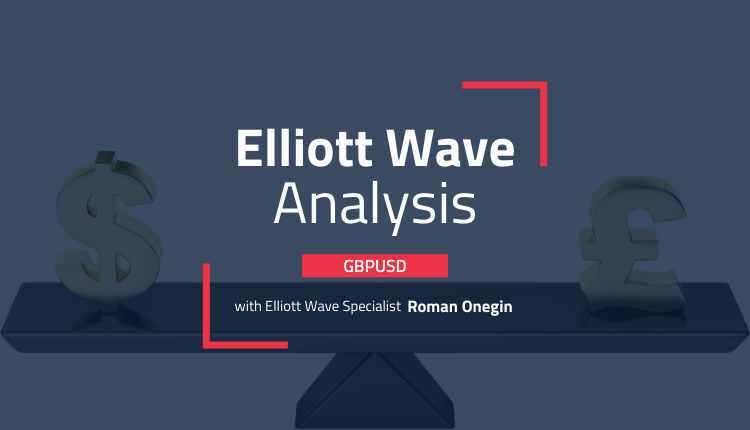 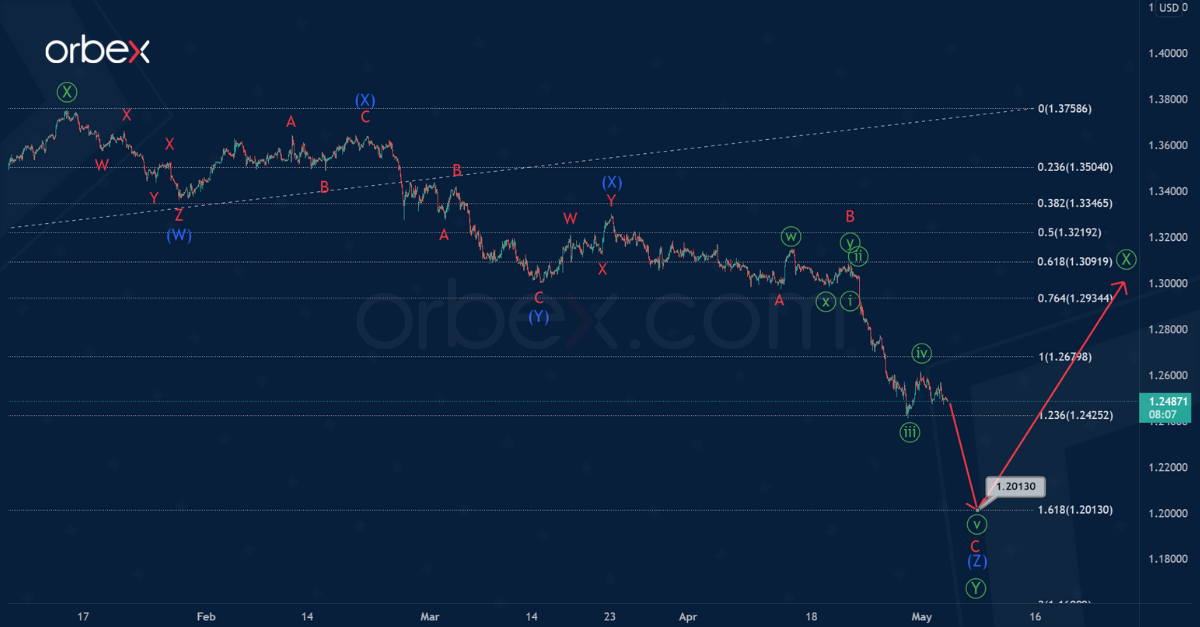 GBPUSD hints at a corrective decline within the major trend, which takes the form of a primary triple zigzag Ⓦ-Ⓧ-Ⓨ-Ⓧ-Ⓩ. Now the bearish wave Ⓨ is currently under development.

The wave Ⓨ is a triple zigzag (W)-(X)-(Y)-(X)-(Z) of the intermediate degree. At the moment, the price is moving down and a zigzag A-B-C pattern is forming. This can complete the intermediate wave (Z) near 1.201.

At the specified price point, primary wave Ⓨ will be at 161.8% of previous wave Ⓦ.

After reaching the level of 1.201, the market can turn around and start an upward movement in the primary intervening wave Ⓧ. 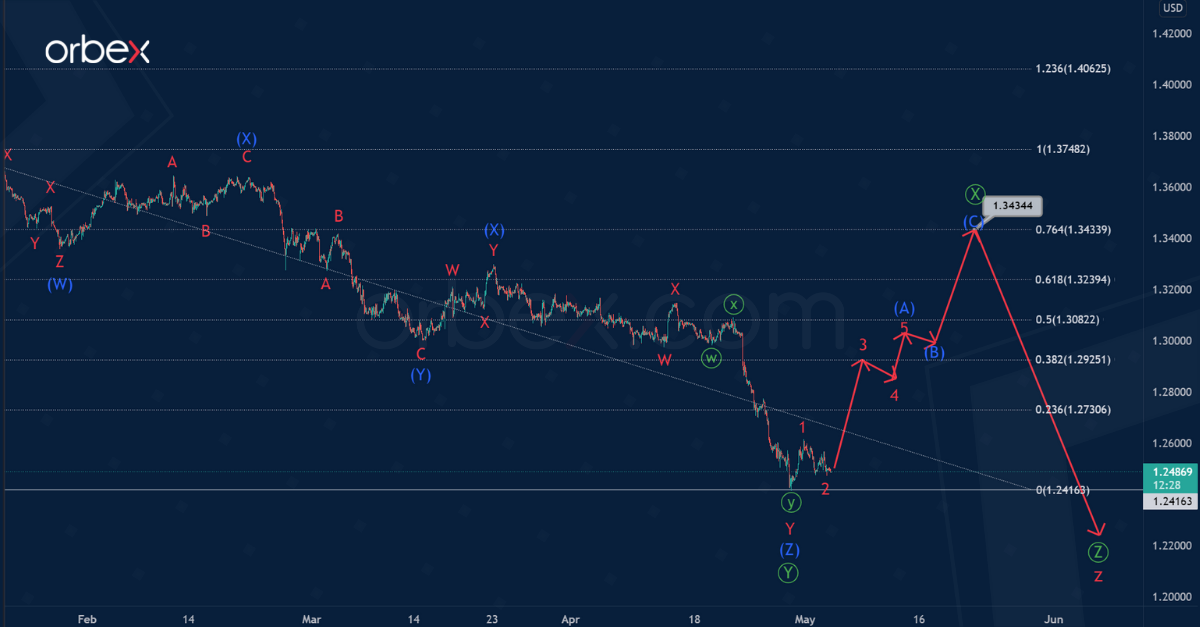 According to the alternative, the formation of the primary wave Ⓨ has come to an end.

Thus, in the upcoming trading days, market participants can expect a price increase and the development of a bullish intervening wave Ⓧ.

Most likely, the wave Ⓧ will take the form of a simple zigzag (A)-(B)-(C) of the intermediate degree. Its end is possible near 1.343. At that level, wave Ⓧ will be at 76.4% of wave Ⓨ. The probability of achieving this coefficient is high.