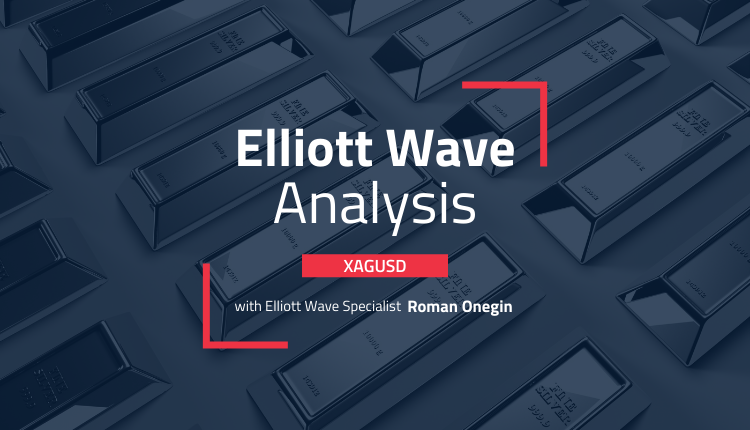 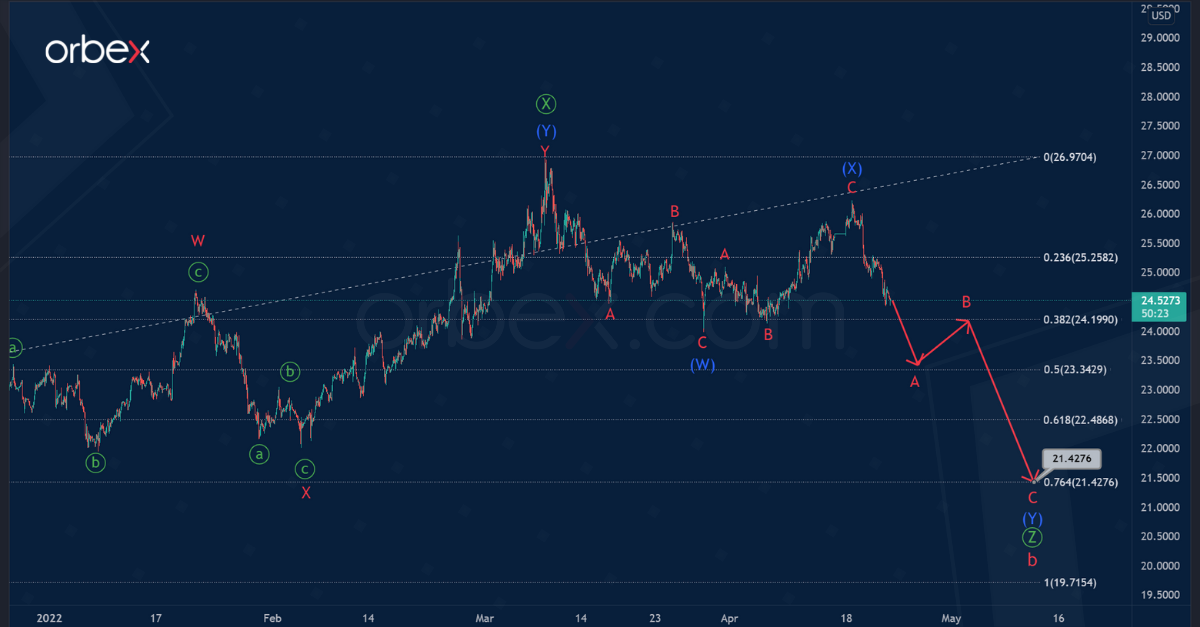 XAGUSD seems to be forming a long-term correction wave b of the cycle degree.

Wave b, judging by its shape, is a triple zigzag and consists of primary sub-waves Ⓦ-Ⓧ-Ⓨ-Ⓧ-Ⓩ. The first four parts of this triple zigzag are already fully complete, So now we see the construction of its last part – the wave Ⓩ.

It is assumed that the wave Ⓩ will be a double bearish zigzag and include intermediate sub-waves (W)-(X)-(Y). Wave (W) and wave (X) are formed.

In the short term, the market may continue its downward movement within the sub-wave (Y) in the form of a minor zigzag A-B-C. As shown on the chart, this could be to the 21.427 area. At that level, wave Ⓩ will be at 76.4% of the wave Ⓨ. 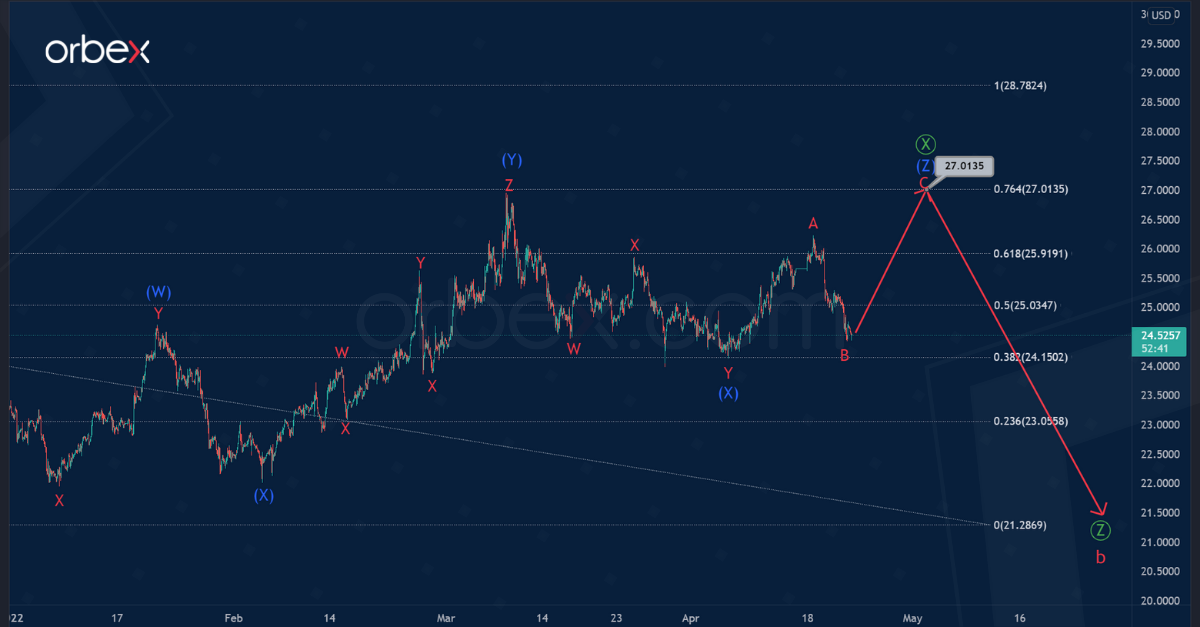 An alternative scenario indicates that the correction intervening wave Ⓧ is not yet fully complete. The current chart represents its entire internal structure. We see that wave Ⓧ could have the form of a triple zigzag (W)-(X)-(Y)-(X)-(Z) of the intermediate degree.

In this case, to confirm this scenario, bulls need strength to move the market up to complete the final intermediate wave (Z). Wave (Z) could complete near 27.013. At that level, primary intervening wave Ⓧ will be at 76.4% of wave Ⓨ.

After the completion of the triple combination, bears will enter the market, forming a primary wave Ⓩ.