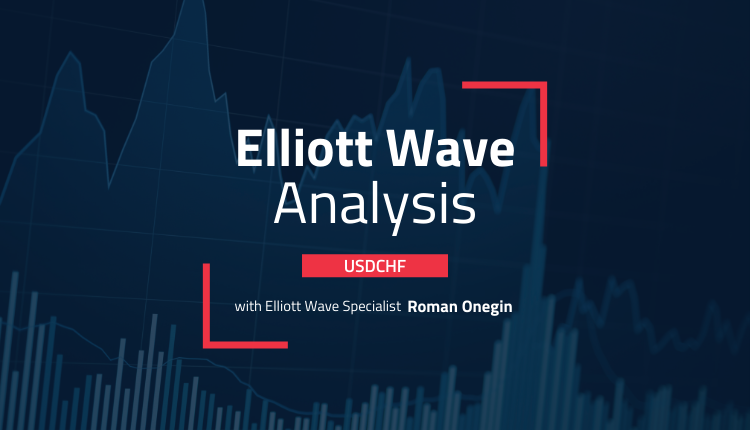 The structure of the USDCHF pair suggests that the cycle wave y has ended. This was followed by the cycle intervening wave x.

After the end of wave x, bulls can enter the market by starting to build the actionary wave z. 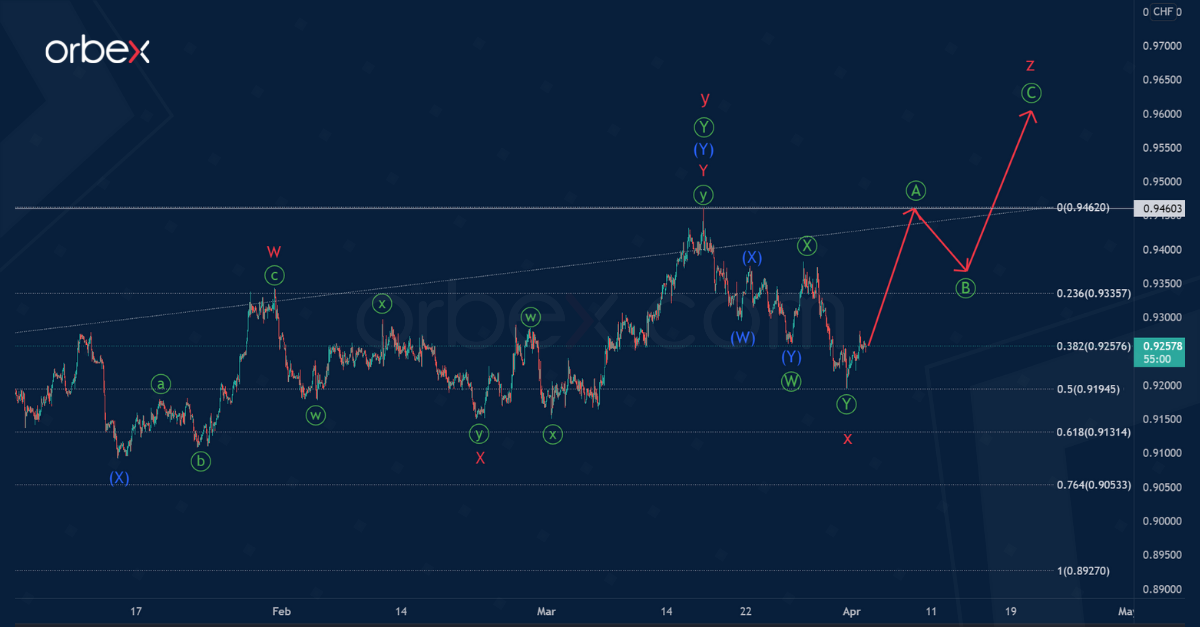 According to an alternative scenario, the formation of the cycle intervening wave x is fully complete. Now we are seeing a price increase and the development of a cycle wave z. Perhaps it takes the form of a primary double Ⓐ-Ⓑ-Ⓒ zigzag.

Wave Ⓐ will take the form of a simple impulse and will end at the level of 0.946. This is where the actionary cycle wave y ended.

Then, after a slight correction, prices are likely to move higher in the impulse wave Ⓒ.