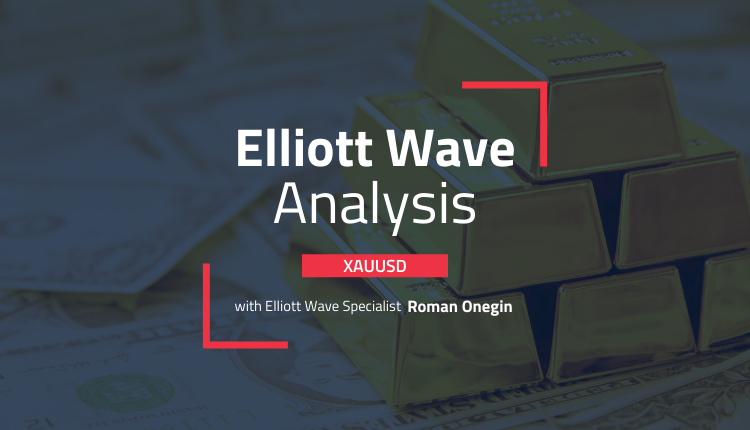 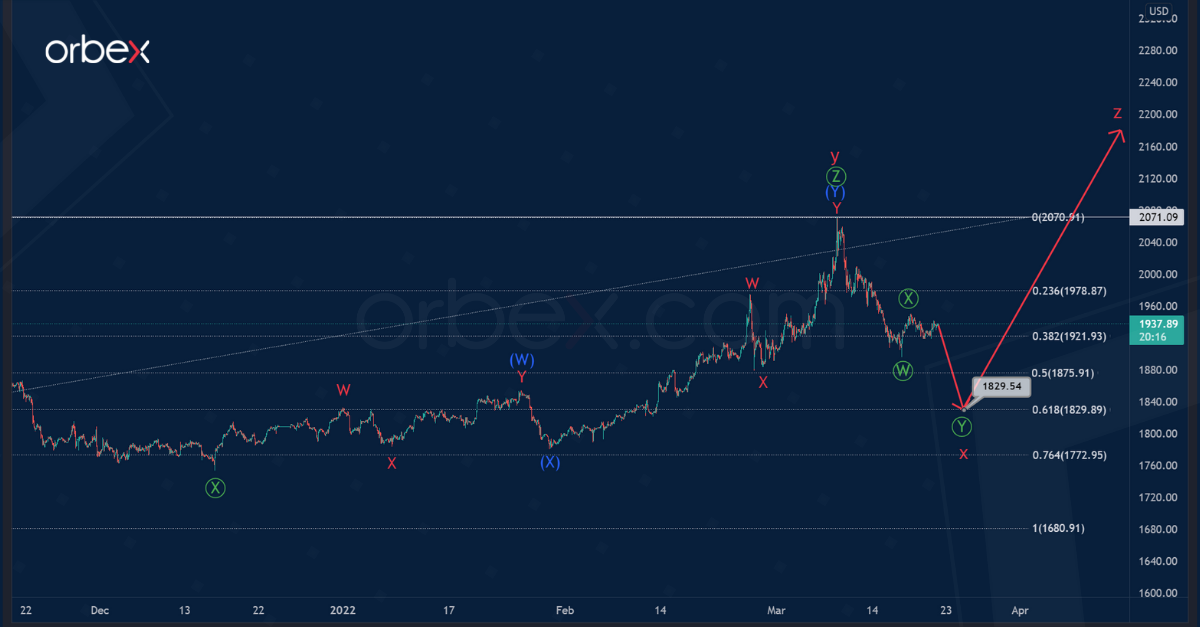 In the long term, the XAUUSD pair is likely to form a global correction trend. This takes the form of a cycle triple zigzag.

On the current chart, we see the final part of the completed actionary wave y of the cycle degree. This is a triple Ⓦ-Ⓧ-Ⓨ-Ⓧ-Ⓩ zigzag of the primary degree.

The next step in the chain is the cycle intervening wave x, which can take the form of a primary double zigzag Ⓦ-Ⓧ-Ⓨ, as shown in the chart.

It is likely that the first two primary sub-waves Ⓦ-Ⓧ have already been built. Therefore, in the near future, the price will continue to fall in the final wave Ⓨ towards the level 1829.54. The target is determined using the Fibonacci line tool. At that level, the intervening wave x will be at 61.8% of wave y. 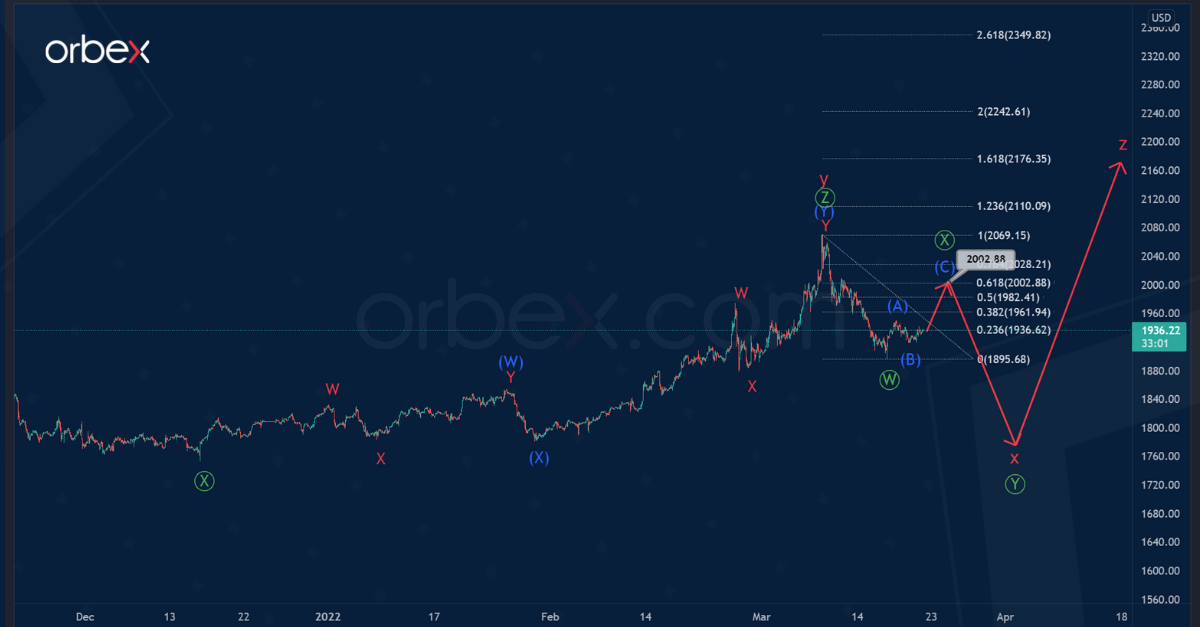 Alternatively, within the forming primary double zigzag, only the first part is completed, that is, the actionary wave Ⓦ.

Currently, the market is in the primary intervening wave Ⓧ, which can take the form of an intermediate simple zigzag (A)-(B)-(C), as shown in the chart.

The rise in the intermediate impulse wave (C) could then reach the level of 2002.88.