What To Focus on Ahead of Tomorrow’s FOMC Rate Decision 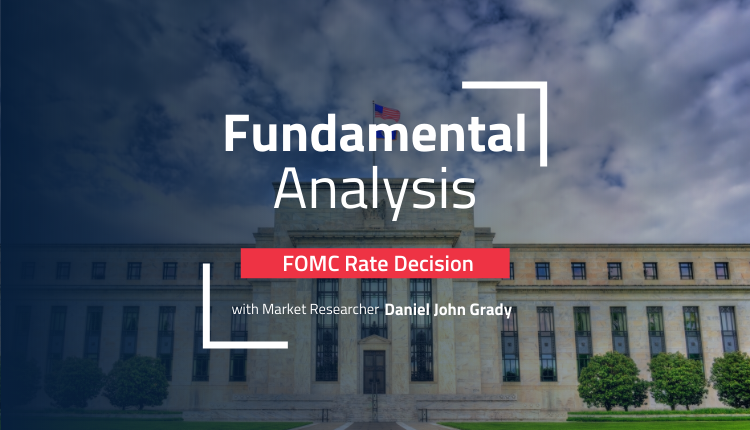 Firstly, let’s get this out of the way: the Fed is going to raise rates at the conclusion of their two-day meeting tomorrow. 98.3% of experts agree that the FOMC will decide to raise rates by 25bps. The other 1.7% think it will be 50bps.

Throughout most of last month, there was quite a bit of speculation that the Fed might take a more aggressive stance at the upcoming meeting.

But then US benchmark indices fell into a bear market after Russia invaded Ukraine. Analysts assumed that now that the risk situation had increased, the Fed might therefore be more cautious.

But then last week the ECB cut back on their asset purchases in a surprisingly hawkish move. And the reality is that the assumptions around the situation in Ukraine might be a bit misplaced.

That said, the traditional way of viewing risk events around monetary policy might not work this time around.

Inflation is nearly quadrupling the Fed’s target. In fact, since the last report, we saw wheat prices hitting a record high, while crude prices have been persistently above $100/barrel, and WTI pushed over $125/barrel. That would push inflationary pressures, which are a bigger concern for the Fed right now, than the potential move towards safe haven assets.

This is why some analysts have advanced the theory that the Fed might not only raise rates but announce they will start rolling off their balance sheet as well. This would likely be a hawkish move – pulling liquidity from an already stressed market. In turn, this could weigh on the stock market and boost the dollar a little more.

The future is what matters

A stronger dollar wouldn’t be good for the economy because it would make life hard for exporters. Nonetheless, it would contribute to lowering inflation.

During the last meeting, according to the minutes, the Fed seemed to be pretty satisfied with where the job market was. That means their attention now is on getting inflation under control. And that means for once the market might be underestimating how far the Fed could go.

But, that’s unlikely to be the situation in the long term. A market move in reaction to a surprise by the Fed could fade. The market is pricing in 6 rate hikes this year, under the current situation. The latest dot-plot shows that the Fed might do half as many hikes.

The consensus in the market is that the Fed is underestimating future inflation. And that’s why they aren’t looking to raise rates.

Tomorrow we get the Fed’s latest inflation survey. If they are expecting higher inflation, the market will probably see this as a hawkish move.

The bottom line is that with such a strong consensus about a rate hike, the market reaction is likely going to depend mostly on the Fed’s outlook, and the chances that there will be a rate hike at the next meeting. Right now there is almost an even split among analysts about whether or not rates will kick up by 25bps at the May meeting.

StockWatch: Gold Begins to Retreat Ahead of FOMC!