What a Possible Russia-Ukraine Deal Means for Markets 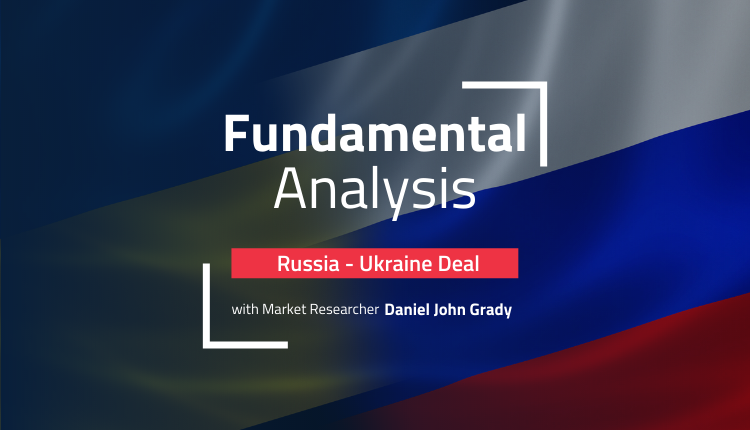 Yesterday, European stock markets moved substantially higher and brent crude fell below $100/bbl. Since then, it has popped back up, but it is still quite a bit lower than Monday’s peak. Crude prices topped out after the US announced it would stop buying oil from Russia, but Europe didn’t join in.

However, the primary driver of market sentiment was the Russian negotiation team’s comments on the Ukraine war. Russian chief negotiator Medinsky acknowledged the possibility that Ukraine could be “demilitarized” and become neutral, similar to Austria or Sweden. In fact, this could be a significant move towards reaching an agreement.

The issue of what Russia interpreted as “neutrality” and “demilitarized” was a central point of negotiations, and this definition shouldn’t be an obstacle to Ukraine accepting it. If agreed, then the remaining issue would be the territorial limits.

Now that traders are considering that a deal that would end hostilities in Ukraine could come soon, markets should react to this. The question is, where could things go if they agree on the remaining point?

Ukraine-Russia negotiations are happening today in Minsk, and the Turkish foreign minister should arrive in Kyiv. This comes after a virtual whirlwind tour of President Zelenskyy addressing the legislatures of both the US and the EU.

Naturally, even just a ceasefire in Ukraine would likely imply a return of risk appetite in the markets. But that doesn’t mean that crude or wholesale food prices will necessarily drop quickly. Less uncertainty means that speculative moves in the market could keep it from moving to extremes. Nonetheless, there are still some underlying issues that could keep the markets under pressure.

Inflation is still the main problem

The consensus is that even if Russia agrees to end the war, sanctions won’t be lifted. Analysts expect Europe to wind down its acquisition of oil and natural gas from Russia. In turn, this means that the price of crude and energy could remain elevated throughout the coming months. That is, assuming a deal on Iran’s ability to supply crude isn’t agreed on.

On the food front, Ukraine destroyed an important part of its transport infrastructure to slow the advance of Russian military units. Russia has bombed several key buildings as well. Millions of Ukrainians have fled the country, while Ukraine is unlikely to release military recruits even if they reach an agreement, as the country needs to shore up its defenses.

Ukraine was already in serious financial difficulties before the war. Therefore, there is likely to be a dearth of labor to harvest, transport, and process products throughout Ukraine.

Getting back to normal

It might be possible that the acute phase of war-induced inflation might be over in the coming weeks if they settle on a deal. Nonetheless, the return of risk-on appetite could drive higher demand and consumer confidence. And this would further exaggerate an underlying inflation problem.

Central banks might be hard-pressed to deal with the issue, using more aggressive rate hikes in the next few months.

StockWatch: Oil Drops Below $100, Is this the Calm Before the Storm?