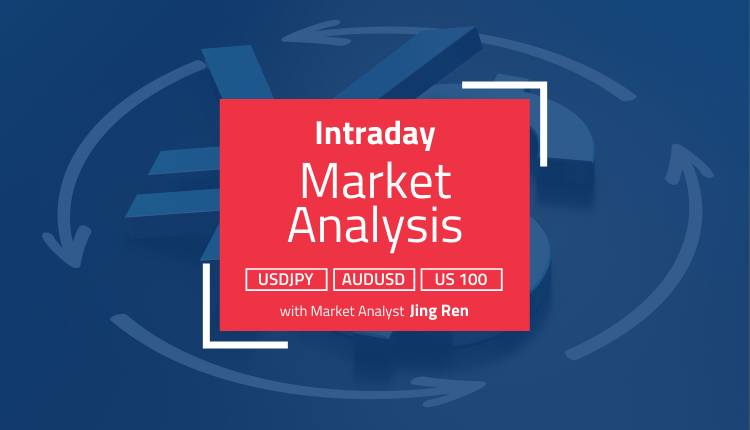 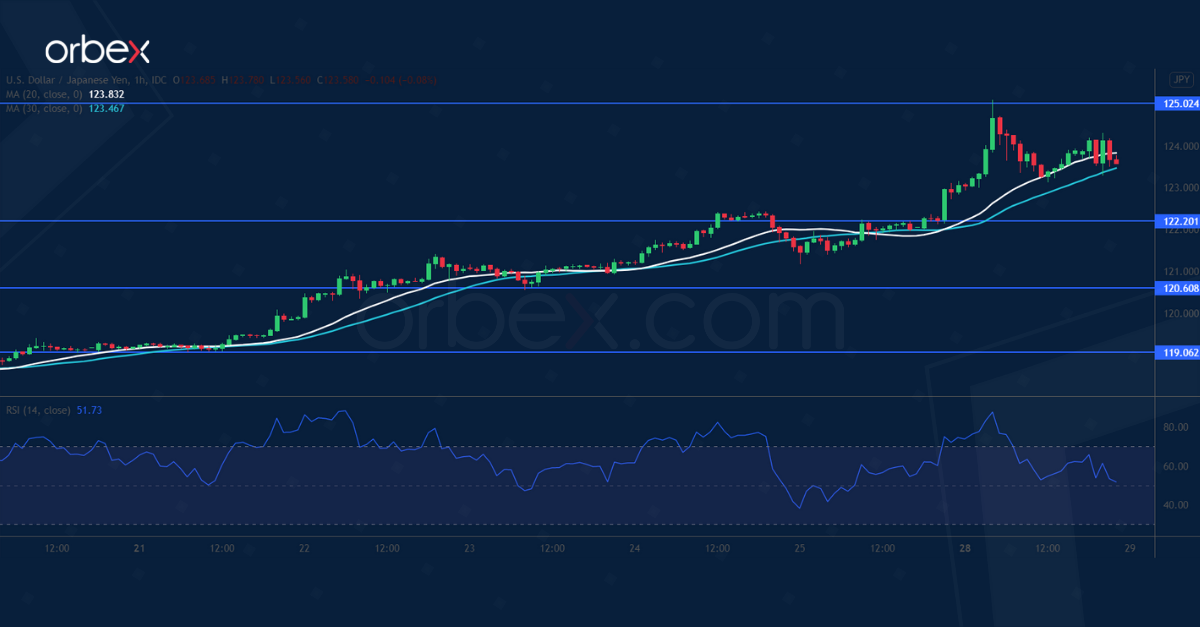 The Japanese yen recouped some losses after a drop in February’s unemployment rate. The pair surged to August 2015’s high and the psychological level of 125.00.

An overwhelmingly overbought RSI may cause a pullback if short-term buyers start to unwind their bets. As the market mood stays upbeat, trend followers could be waiting to jump in at a discount.

122.20 is the closest level if the greenback needs to gather support. A break above the current resistance would propel the pair to new highs above 127.00. 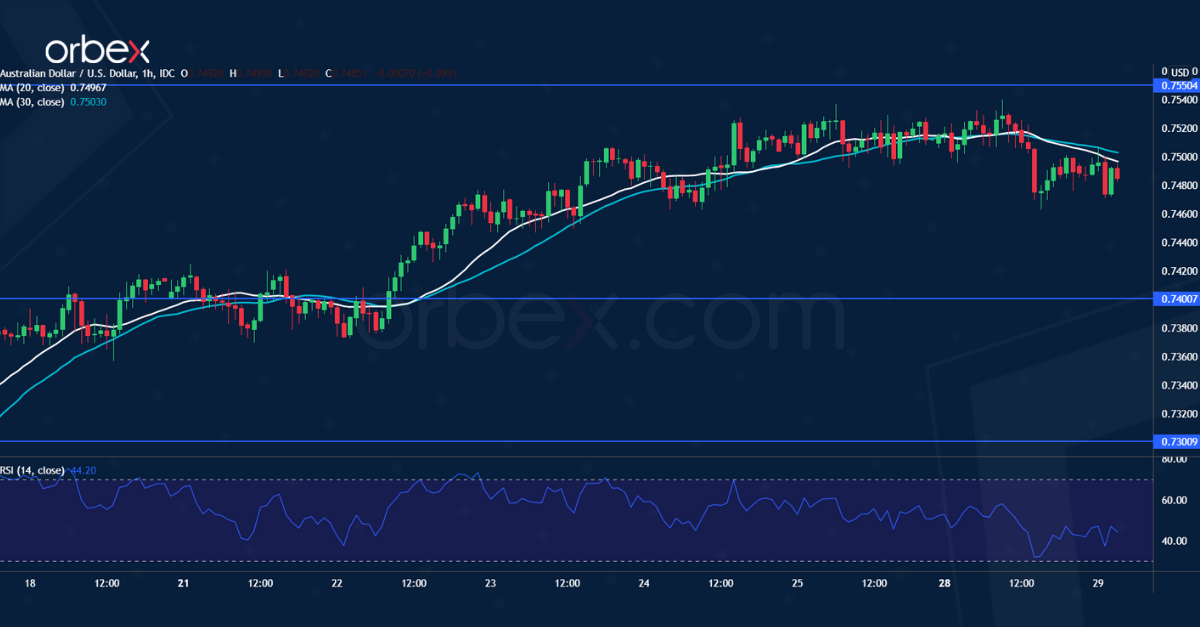 The Australian dollar stalls as caution prevails ahead of major economic data. The rally slowed down at last October’s peak at 0.7550.

A combination of profit-taking and fresh selling weighs on the Aussie. The bulls may see a pullback as an opportunity to accumulate in hope of a new round of rally.

0.7400 from the latest bullish breakout would be key support should this happen. On the upside, an extended rally could propel the pair to last June’s highs around 0.7770 and pave the way for a reversal in the medium-term.

US 100 to test major resistance 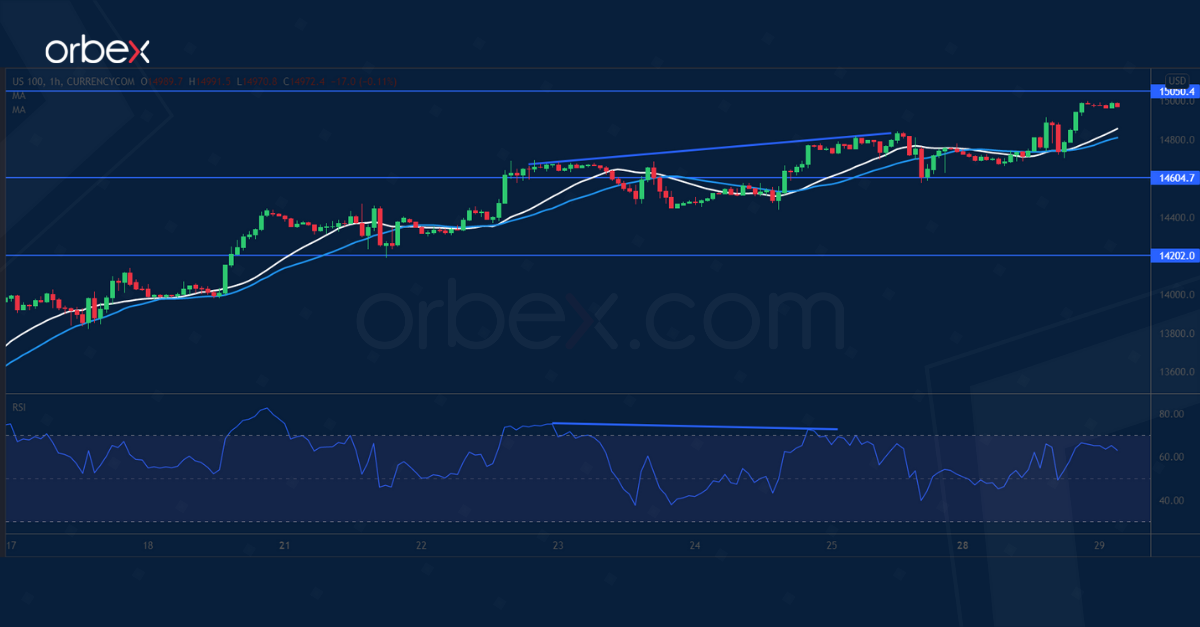 Growth stocks rose amid a sell-off in the bond market. Short-term sentiment remains bullish after a series of higher lows which indicates sustained buying interest.

The Nasdaq 100 is heading to the daily resistance at 15050. A bearish RSI divergence suggests a deceleration in the rally, foreshadowing a potential retracement.

14600 is the support and its breach may trigger a sell-off towards 14200 which sits at the base of the recent breakout. A close above the said hurdle may put the index back on track in the weeks to come.