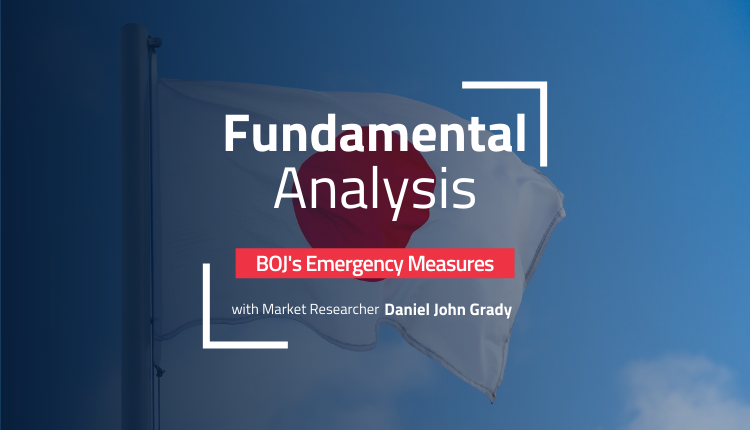 The USDJPY jumped this morning, continuing its advance to levels not seen in over a decade. Part of that sudden move was following measures taken by the JGB which, while not exactly catching the market by surprise, were unscheduled. Let’s review what happened and what it could mean for the pair going forward.

The BOJ has a policy called “yield curve control” which is where they keep the yield on yen-denominated bonds within a narrow range. Specifically, they don’t want the interest rate on Japanese government bonds to go above 0.25%. This is part of their easing policy, keeping credit cheap to support the economy.

Interest rates around the globe have been going up because of inflation and the expectation that central banks will raise rates to deal with higher prices. Japan is the exception because inflation there remains below target.

This means that the BOJ can afford to keep interest rates low. However, that doesn’t mean the market will move rates higher in a form of arbitrage, as most other major currencies are seeing higher yields.

The attempt and then the success

Yields on Japanese debt increased on Monday in line with the global markets, but they got close to the 0.25% threshold set by the BOJ. So, the BOJ stepped in to do something about it, offering to buy an unlimited amount of bonds on Monday at 0.25%. But, the interest rate kept rising. Therefore, the BOJ again came to the market six hours later to expand the window in which they would buy an unlimited bond until the end of the month. Only then did the yield start to back off.

The other notable thing is up until this point, no one had “taken up” the bonds. That is, the threat of the BOJ to intervene was enough to keep the interest rate down – up until today.

Now, an entity actually sold some bonds to the BOJ. This combined with the “double” intervention earlier in the day suggests there is increasing interest in the market to push rates higher. The BOJ might have to do further interventions to keep the yield under control.

Why does it matter?

The price of the yen is largely driven by the differential in interest rates. As the Fed in particular is set to raise rates, it means the dollar becomes a more attractive investment. It also brings back carry trades. This is where investors can borrow money in Japan at a cheaper rate, and then loan it out at a higher rate in other currencies.

These factors would put pressure on the yen to make it weaker, meaning the USDJPY would be pressured to rise.

The fact that the BOJ decided to make the moves is significant in that it shows the bank is willing to defend its rate peg.

They could have simply moved the target a little higher, which would likely have strengthened the currency. However, it appears that they aren’t willing to do that and will stick to the low-interest-rate policy. This gives the yen more room to lose value against the dollar, and push the USDJPY higher.