How Concerned Should Forex Traders Be Over Falling Stock Markets? 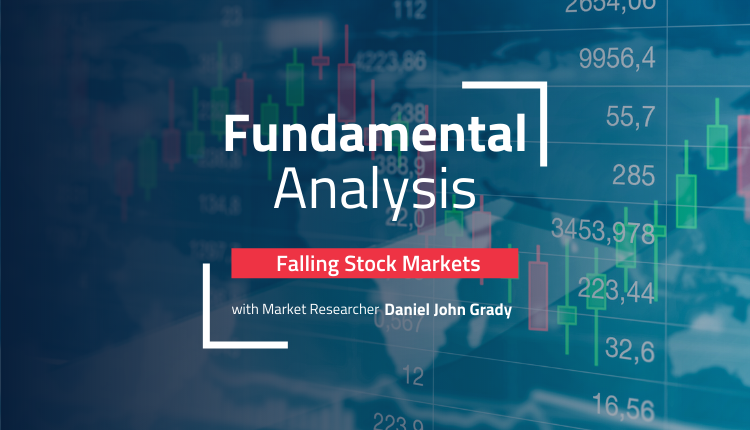 Overall, there is a correlation between the stock market and currency markets. Usually, when a country’s stock market increases, its currency decreases, and vice versa.

But we are in extraordinary times. And there are some worrying signs in the stock markets that could signal significant problems in the future.

Stock markets had initially been trading higher since the start of the year, as there was more optimism about entering a post-covid normalization of economic activity.

However, the risk associated with the Russian invasion of Ukraine led to significant drops in equity markets. The FTSE 100 lost all of its gains this year and dropped below the psychologically important 7,000 level. The DAX so far has lost 22% since its most recent high, officially entering a bear market.

Meanwhile, there has been a flight to safety. In fact, this has helped support safe haven currencies.

Usually, investors snap up treasuries as a store of value during difficult times. And normally this would drive down yields. High-risk situations would typically lead to expectations that central banks would start easing.

The situation is very different

The response to a war is not a common economic situation. That said, governments have been putting sanctions not just on Russian assets, but on people doing business with the largest fossil fuel exporter in the world.

Appetite for treasuries has been less robust than analysts’ expectations. In part, that could be due to the potential deterioration of value from high inflation and low interest rates.

Meanwhile, because of high inflation, central banks will probably not ease. In fact, despite a flight to safety, central banks could continue raising rates to fight off inflation. That implies that liquidity is squeezed at both ends. Low liquidity typically translates into higher swings in the markets. And the potential for stock markets to accelerate to the downside.

The lack of disposable income

The situation could be especially acute in Europe, which relies on imports of increasingly more expensive fuel.

Just this morning, French official Le Maire along with Engie’s CEO were discussing the real possibility that gas imports from Russia could be shut off.

If the war in Ukraine were to be protracted, this could substantially hurt supplies of grain and food for Europe. Moreover, it would force the continent to find more expensive alternatives. Not to mention a resurgence of social discontent throughout the Middle East, which also relies on grain exports from Russia and Ukraine.

People and businesses alike are looking to build inventories to offset the expected increasing costs in the future. This means that there is less disposable income to take on risk, such as stock markets, or dabble in the financial markets.

Retail traders have been instrumental in supporting Forex in the last two years. And they are notoriously skittish.

A withdrawal of liquidity from the markets is typically one of the signs of an impending recession. Although a recession provides ample opportunities for forex traders, market dynamics typically change. Strategies that have been very effective up until this moment might not perform as well, as markets shift their trend.