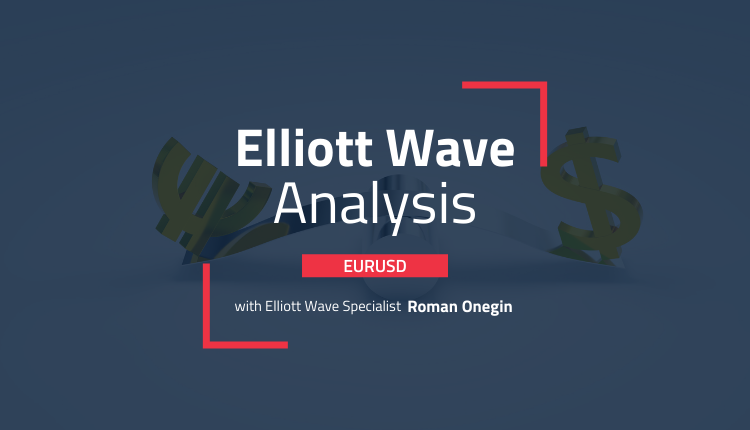 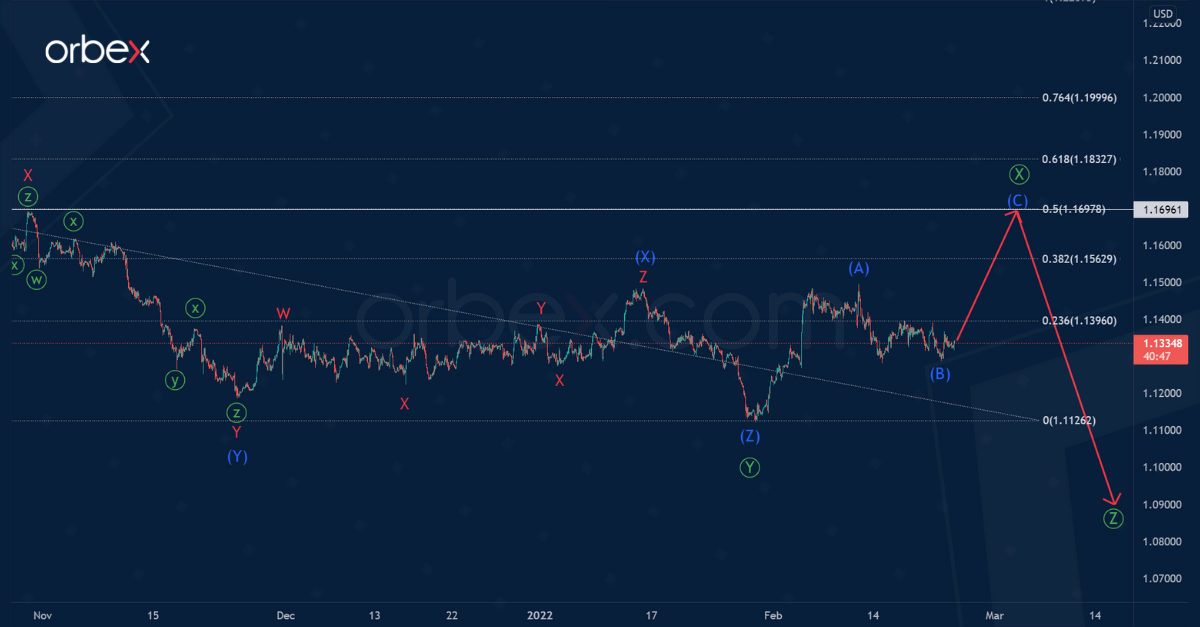 The internal structure of the EURUSD pair suggests the construction of a downward correction pattern. This takes the form of a triple zigzag of the primary degree with sub-waves Ⓦ-Ⓧ-Ⓨ-Ⓧ-Ⓩ.

It seems that the bearish primary wave Ⓨ has ended, which took the form of a triple zigzag (W)-(X)-(Y)-(X)-(Z) of the intermediate degree. Prices then moved upwards within the primary intervening wave Ⓧ, taking the form of a simple zigzag (A)-(B)-(C).

Moreover, at the specified level, the primary wave Ⓧ will be at 50% of wave Ⓨ. 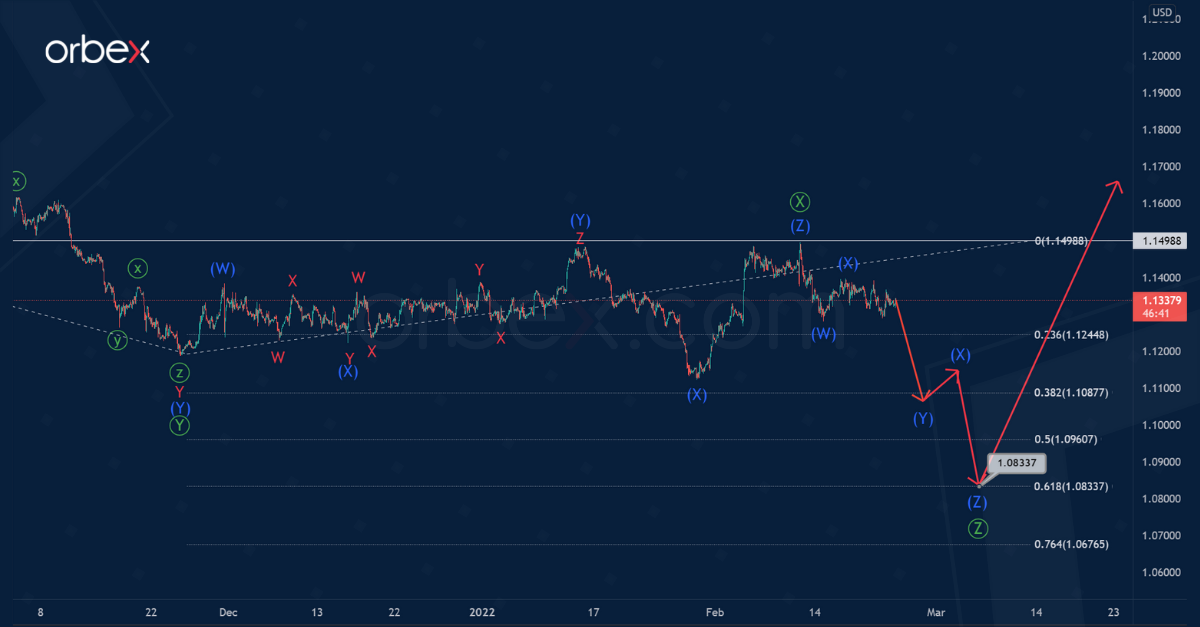 Let’s consider another option in which the intervening wave Ⓧ could already be fully complete. According to this view, it is a triple three (W)-(X)-(Y)-(X)-(Z).

In this case, we can expect the formation of a descending primary wave Ⓩ. This actionary wave is likely to take a complex triple zigzag formation (W)-(X)-(Y)-(X)-(Z). The approximate internal structure of the sub-wave Ⓩ is shown by trend lines.

The end of the correction decline in the primary wave Ⓩ is likely near 1.0833. At that level, primary wave Ⓩ will be at the 61.8% Fibonacci extension of wave Ⓨ.

After the completion of the primary pattern, a new bullish trend will update the maximum of 1.1498.