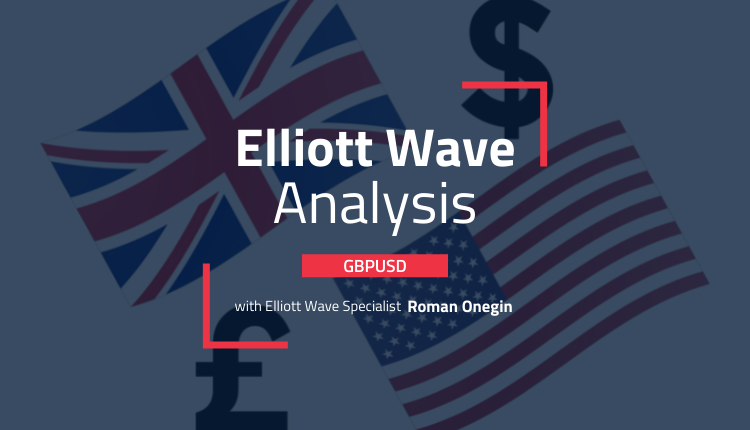 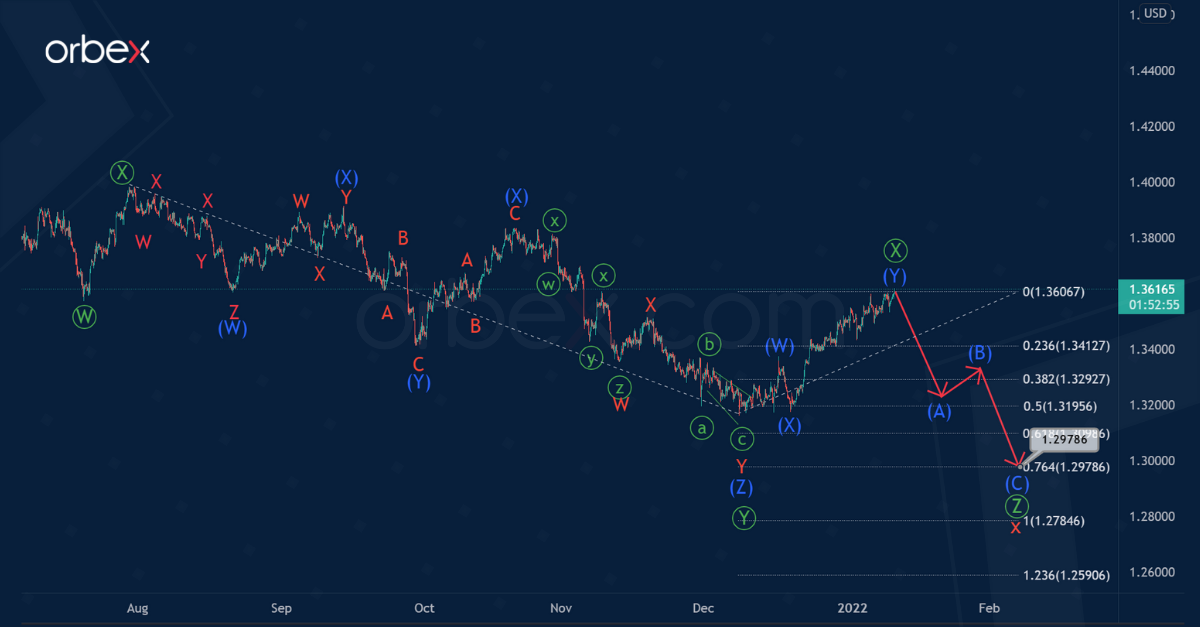 The formation of the GBPUSD currency pair suggests the development of a large intervening wave x of the cycle degree. This most likely takes the form of a triple Ⓦ-Ⓧ-Ⓨ-Ⓧ-Ⓩ zigzag of the primary degree.

Most likely, the first four parts of this construction, that is the primary sub-waves Ⓦ-Ⓧ-Ⓨ-Ⓧ, have already completed their pattern fully. It is likely that the growth in the second intervening wave Ⓧ has come to an end. It looks fully formed with a double zigzag (W)-(X)-(Y) of the intermediate degree.

Thus, if the intervening wave Ⓧ is completed, then shortly a price decrease is expected in the final primary wave Ⓩ. It will probably take the form of an intermediate zigzag (A)-(B)-(C). 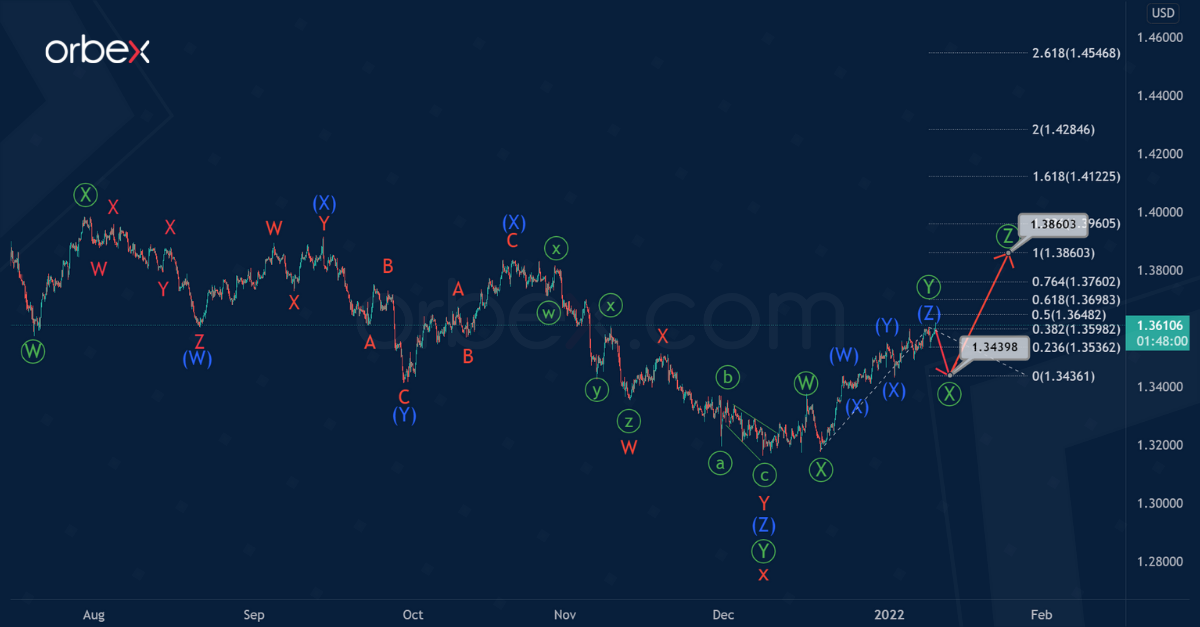 An alternative scenario shows the primary double Ⓦ-Ⓧ-Ⓨ zigzag ended. This could indicate the beginning of the development of the cycle actionary wave y.

In the next coming trading weeks, we can anticipate the development of primary sub-waves Ⓧ-Ⓩ, as shown in the chart.

The end of the wave Ⓧ is possible in the area of the 1.343 level. Then wave Ⓩ will most likely strive for equality with wave Ⓨ and could end around the 1.386 mark.

December Inflation: US vs China